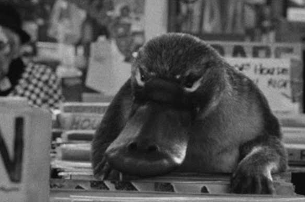 Last night J. Walter Thompson London saw a host of its top campaigns scooping awards at both the IPA Effectiveness and the Drum Content Awards.

In the IPA Effectiveness Kenco’s “Coffee vs Gangs” and First Direct’s “Unexpected Bank” campaigns both picked up Bronzes.

In the Drum Content Awards the agency’s “Feel Every Smile” work for Listerine, an App that uses facial recognition technology to let blind people know when someone is smiling at them, took Gold in the Best Use of Mobile Content category. HSBC’s “A Living River” sound installation was also Highly Commended.

This is the second consecutive IPA Effectiveness Award that First Direct has won for its long-running “Unexpected Bank” campaign, alongside a host of creative awards from Cannes to the British Arrows, proving the value of investing in a campaign with longevity.

The IPA, said: “To safeguard its future profitability, first direct needed to attract younger customers. This is the second chapter of the brand’s ‘Unexpected Bank’ story, which was the subject of a Bronze IPA Effectiveness Award in 2014. It shows how by going back to the brand’s founding challenger spirit, and communicating it in a new way, the bank put itself back on the radar with millennials.” You can see the case study video here.

The IPA, said: “This paper demonstrates the power of brand purpose to deliver not only social good, but also substantial commercial return. You can watch the case study here. This follows its recent Silver at the Euro Effies.