Agency will create an integrated campaign to launch the US$3.1 billion integrated resort in Macau 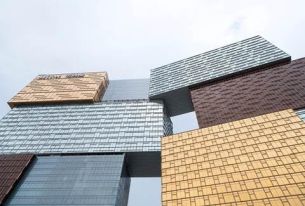 MGM has brought J. Walter Thompson Hong Kong on board ahead of the launch of the company’s new US$3.1 billion integrated resort in Macau this year.

MGM COTAI, which is scheduled to open its doors this year, is MGM’s second property in Macau. The first property, MGM Macau, opened in 2007.

Forming a specialist team between its Shanghai and Hong Kong offices, J. Walter Thompson will create an integrated campaign to launch MGM COTAI, as well as advertising strategy and executions designed to attract customers to both of the company’s Macau properties through, and after, the launch.

“We are delighted to have been selected to work with such an iconic brand and look forward to building a rewarding partnership with MGM,” said Mark Webster, CEO of J. Walter Thompson Hong Kong.

“The opening of a such a special second property is a pivotal moment for the MGM China business and particularly against the backdrop of an evolving Macanese market. It’s both an opportunity and a responsibility we look forward to undertaking,” added Rollo Gwyn-Jones, Group Account Director at J. Walter Thompson Hong Kong.

MGM COTAI will boast approximately 1,400 rooms and suites with diverse offerings ranging from Asia’s first dynamic theatre space, the Spectacle as well as a slate of innovative restaurants including AJI,the first Nikkei cuisine offering in Asia in collaboration with celebrity chef Mitsuharu Tsumura..

“The China marketplace is dynamic and complex and our goal is to have a creative and innovative approach to developing the MGM brand globally ahead of the launch of MGM COTAI,” said Sarah Rogers Senior Vice President of Strategy & Corporate Responsibility for MGM, “Ultimately J. Walter Thompson, with its teams in Hong Kong and Shanghai is the right fit for MGM to support the successful opening of MGM COTAI, which will bring a new level of experiences for Macau visitors in 2017.”