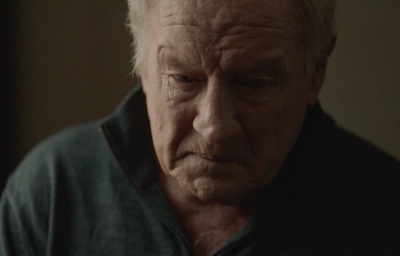 Uncontrollable shaking: it's the most commonly recognised symptom of Parkinson's.  But not so recognised is how many young people are affected by the disease, a sobering and little known fact highlighted in an emotive new campaign for Parkinson's NSW from J. Walter Thompson, Sydney.

Launching this week to coincide with World Parkinson's Day, the powerful film 'The Hold' was directed by industry legend, David Denneen through Filmgraphics. It features an elderly man and his daughter holding hands, to subdue the father's shaking. Or though it seems. It is then revealed that it is in fact the young woman whose hands are shaking, and she is the one who is living with Parkinson's.

Says Simon Langley, ECD, J. Walter Thompson, Sydney: "The film is intended to challenge what people believe they know about Parkinson's - that it only affects old people. In fact, the tragic reality is that three Australians under 40 are diagnosed with Parkinson's every single day. We needed an idea that would correct this misconception whilst delivering a strong emotional response. This hopefully in turn will encourage donations to help fund a cure for this debilitating disease."

Says Jo-Anne Reeves, CEO, Parkinson's NSW: "The campaign highlights how important it is to find the cure so that young people can lead a life without Parkinson's. Today marks the 200th anniversary of when James Parkinson published the first paper identifying the disease. Help us find the cure."

The latest campaign follows several other highly successful executions developed by J Walter Thompson Sydney for Parkinson's NSW including 'The Lucky Ones' and 'Mannequin Challenge'.

The campaign comprising 45" & 30" TVC's and an online film will be followed by a second phase of the 'Parkinson's makes simple hard' print executions, photographed by iconic Australian photographer Simon Harsent, again highlighting the challenges those living with Parkinson's face every day.

Problem Solved: Behind the Creation of the First Deodorant Designed for People with Disabilities
View all News