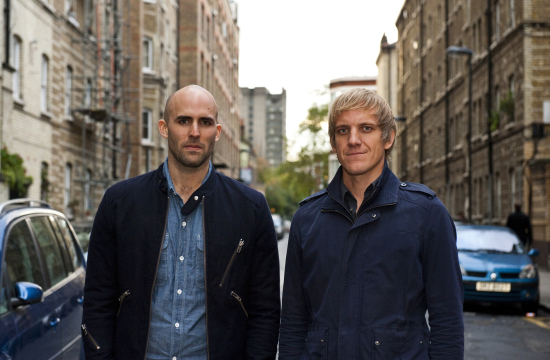 Innovation, code, content and good old-fashioned geekery – Internet Week Europe has had it all. But though the digital realm may be bursting with innovation, if the online world can’t make a real, tangible difference offline, one might very well ask: what’s the point? With that in mind, IWE rounds off with a big celebratory launch of a social platform that looks set to completely transform the way people connect with charitable causes. If technology, innovation and, of course, the Internet can get us doing more good – then that’s surely a massive thumbs up for the ethos of the week.

Believe.in is the brainchild of Will Cookson and Matthias Metternich, creative partners who have been collaborating ever since they started working together at Poke four years ago. For the past two years, they’ve been working together to create a platform that will allow people to connect with charities and build an online story of the charitable aspect of their lives.

When they first started talking about Believe.in, Will was working as a Creative Director at Razorfish and Mattihas was at AKQA. Working in advertising has allowed them to hone their creative skills and given them a craving for new challenges, while their experience in digital agencies had given them a passion for building products and services. It was only natural that the friends and co-conspirators would eventually branch out to set up their own venture.

But why address charity? “First we wanted to do something that would actually help people out,” explains Will. “When you’re working on the agency side of things you’re always working with brands. You learn a lot of useful skills, and a lot of projects that you work on in agencies are short-lived. They’re campaigns that will only be around for two or three months and then they’re gone. We wanted to make something that would actually do some good and which would stick around for a while.”

The site allows individuals to set up profiles which reflect all of the charities they have interacted with – they can share causes that interest them with friends, find out about issues that concern them and connect with charities they want to contribute to or work with. As far as charitable organisations are concerned, every UK charity has been given a profile on Believe.in, which they can modify and personalise. From the charity’s point of view, the profile allows them to share information with interested parties, manage campaigns and easily process online donations.

In some respects, this is a whole new model for the way in which charities interact with the public. Recently the streets of the UK have become clogged up with chuggers (that’s charity muggers) who pester pedestrians and have tarnished the ideal of charitable giving.

According to Matthias, by focusing on the user’s experience, their own identity and the issues that interest them, Believe.in approaches the subject from a whole new angle.

“We started with the idea of identity. We believe there’s an aspect of every person that’s charitable, whether it’s big or small, whether that’s something that’s broadcast to the world or whether it’s personal. I think a lot of people would happily engage with something they care about or learn about something that matters. So it’s not so much a case of ‘how can we get people to pay’ but ‘how can we bring that aspect of personality out and make that an important component of how we represent ourselves to the world?’ In the same way that LinkedIn is about your professional identity, Believe.in is about the charitable self.”

One question the team has come up against is why a specialised charitable platform is needed in the age of Facebook and Twitter. “These platforms are not built with charities in mind, so on Facebook you’re constantly massaging your identity. What we’re doing is creating a platform and forum where it’s ok to talk about charity and show you care,” says Will. “It allows that conversation to happen without people worrying about appearing worthy.”

“We’re not trying to compete with Facebook – the site integrates really nicely with it,” continues Matthias. “Facebook depends and lives and breathes on people sharing content. That won’t work on a platform for charities because it will just end up being a constant stream of people updating messages – you have to limit that content. So it’s not a replication of the site, it’s a social platform designed specifically for charities.” 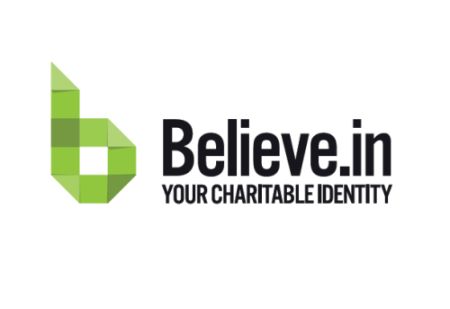 While Believe.in is attempting to address the needs of charities, Will and Matthias acknowledge that different charities have different requirements. They have thought carefully about creating a piece of kit that can be just as useful for small voluntary projects in a rural area as it is for a massive, international NGO.

“Big charities may already have in-house web development and be pretty web-savvy – for them we’re another tool in the PR tool box. And then on the opposite side of the spectrum you’ve got tiny charities - and there are a lot of them - who have no idea about any of this stuff,” says Matthias. “They may not have a website or a twitter address. We’re giving them all they need to get started on the web.”

With those small charities in mind, Will hopes the mobile functionality of the apps helps connect them with a younger audience. “The amount donated to charities is decreasing slightly because of the economic conditions. We’re mainly targeting the youth market. At the moment it’s the over 60s who are donating more and more, but iwe want to make a great user experience that will encourage the younger generation to get involved. That’s what the app store is all about.”

The team is set to launch an apps environment – which Matthias describes as ‘the iTunes Store for good’. The apps will help people to do good things in a variety of ways.  “One app might help you arrange a fundraiser and invite friends, another might be for Movember, and another might help you donate your air miles,” he suggests.

Believe.in may be ready to face the public, with a slick interface and thoughtfully engineered mechanics, but the journey from conception to execution hasn’t been easy. “The biggest challenge was time,” explains Matthias.  With Will working full time at Razorfish and Matthias at AKQA during Believe.in's infancy, the pair had to devote all of their spare time to the task. At first it was Wednesday evenings, then Sundays, and as the project snowballed, it consumed increasing chunks of time until they went full time.

Appropriately enough, it was their belief in Believe.in that kept them going. “We wanted to work on something that will change the world. If we hadn’t been doing that, we would have given up a year ago. We would not have given the time we had, we would not have the great people working on our team that we have now. It’s important to do something that matters,” explains Matthias. “We can try and make money in all sorts of different ways, but if you’re not doing something that makes a difference, what’s the point?”

With organisations like Amnesty International throwing their weight behind Believe.in, it looks like charities have faith that the site could really change things – and with the Beta site launching today Will and Matthias are to see what sort of real-world impact their project will have.

To sign up with Believe.in check out the Beta site here.