Ivo Roefs: I Want to Tell You a Story about Hope 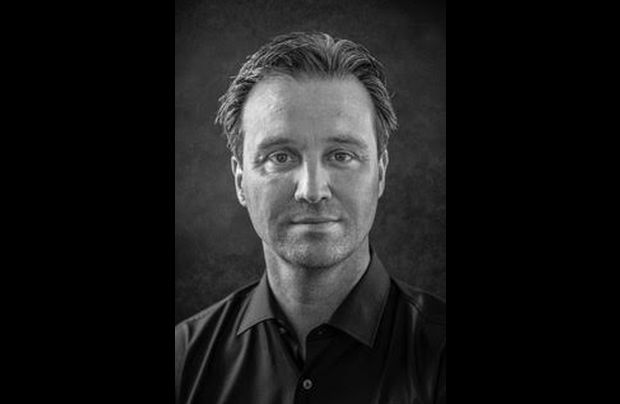 Last Friday, Dutch Digital Agencies held the Dutch Digital Day event in Amsterdam. Chairman of the board, Ivo Roefs, presented his views on society and industry in a speech on the day. Read it below:

I want to tell you a story about hope. A story, about change – and about beauty – about world peace, even.

But first, let me take you to the end of the eighties, way back in the past century. The world, at that time, seemed to be molded into a new shape. A new world order, that had evolved after World War II – a new world order, that had brought us peace. Meanwhile, the reconstruction of society had evolved into growth. Growth had become prosperity. In fact, it seemed like everything was going nothing but ahead. The quality of life was booming – what was there to complain about?

Well... one could, if one wanted, maybe question the fact that a very small group of companies had gained an excessive power. That our world was dominated by a group of very conservative fat cats – that’s what people called those corporations: the fat cats. The fat cats were very happy with their position. And as cats do: they wouldn’t move an inch, if they didn’t feel like it. They were keeping their position at any cost. And every time they would notice any relevant change within their reach, they would just catch it like prey – and then chew it, and swallow it. “Greed is good” – that’s what Gordon Gekko said in Wall Street in 1987. It was the mantra of the fat cats. But then, in the year 1994, a new perspective was born. It was the Internet, opening its eyes – an incubator child at first, barely capable of breathing independently.

Is there anybody in the audience who can still remember the first contact with someone on the other side of the planet? Chatting with someone in Singapore, on a monochrome screen with a green blinking cursor? It was magic. We tend to forget it. But it was the box of Pandora, opening! Not in terms of actual usability, to be honest. We were making contact through analog telephone lines. We were browsing on Mosaic. But in terms of future possibilities... we thought: if this is possible, anything is possible. We are here today as a group of professional people. We consider our business to be a serious matter. But we are in fact keepers of the heritage – and it is the heritage of a group of very unprofessional, immature people. Rebels with a dream. Hippies, planning to change the world. Our collective belief in change has been invested in those people for years – people like the very young version of Mark Zuckerberg. We wanted to believe them, because their ideas and plans reflected a beautiful new world. A world with free online services. A world of sharing. A world of true connections. A world of transparency. It’s those ideas, that made us trust them. If we would just let Facebook and Google and Amazon have their way, then they would beat the fat cats for us. And our world would be as new. Nothing less but revolution, is what we expected. Not only would we all be free – more free than ever! – but we would also make society more honest, more open, more durable.

And here we are today. We let them have their way. And they are the new world order. But they are also the new fat cats. I think you all understand that this part of my story is not the part about hope and beauty and world peace. This is the part about disappointment. We have to be honest. It’s all great and beautiful, this seamless digital world that we are promising our clients every day. But it hasn’t turned out the way we had hoped. Even the father of the world wide web, Sir Tim Berners-Lee, expresses such an idea. Thirty years after it was born, the Internet had become such a disappointment to him that he published an open letter, distancing himself from his creation. An academic, egalitarian, open system – that was the future he had hoped for. And now, the algorithms proliferate.

And now – some say – the web is no longer serving us, we are serving the web. Where we used to feel dominated by Big Oil, Big Pharma and Big Tobacco – now, it’s Big Data making us feel small. The startups that should have shifted the playing field, are now the holders of power. Bigger, richer and more unyielding than all the predecessors they’ve killed. They act just like IBM or Exxon used to: any promising development in the market is being swallowed. The challengers have become fat cats themselves.

But. I have great news. About hope, change and world peace, even. The subject of the 5th edition of Dutch Digital Day is ‘ethics and digital’. And that’s not for nothing. Because the next step in digital, can’t be a step without reflection. Without reconsideration. Without an upgrade of the values we find important. And the beautiful thing is: I am looking at you. Yes, all of you. A great selection of ambitious people, all working in possibly the most digital savvy country in the world. So, my prediction is this: I say that the new generation of challengers is here, today. I can feel it when I talk to the digital agencies: there is a need to do better.  Something is boiling, when you listen to them. It’s the impatient notion that we want to improve. It’s the impatient notion that we need to put the end user, and a better world for the end user, in the real center of what we do. A new generation is arising. A generation that doesn’t like to be sold bullshit, and therefore doesn’t want to sell it.

I dare to hope. I dare to dream. Because I see this generation, impatiently squeezing themselves to the forefront of our member companies. It’s you we need! I cite Sir Tim Berners-Lee: “The web is for everyone and collectively we hold the power to change it. It won’t be easy. But if we dream a little and work a lot, we can get the web we want.” And I propose a toast to this generation of our members – and the next! 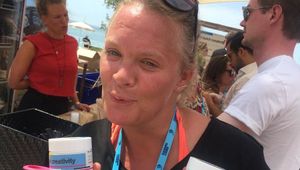 How Sustainable is the Cannes Lions Festival Really?
View all News