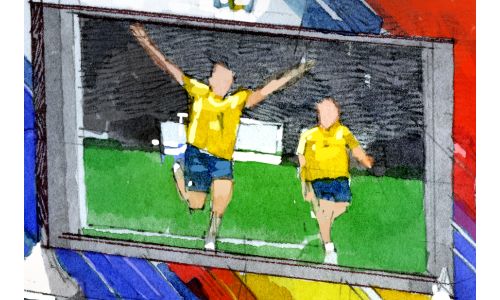 The Manchester based event is located on the old Granada studios site, and will be free to enter for the general public for the duration of the World Cup.

On June 19th during the key England / Uruguay match, ITV and Hometown will create the world’s first 4D World Cup broadcast by bringing Brazil to Manchester with a full sensory experience for the thousands of fans in the Fever Pitch stadium.

During the broadcast, fans inside the park will be taken on a fragrance journey, sampling everything from the beaches of Brazil, right through to the aromas of the freshly cut grass from the Arena de Sao Paulo stadium and hopefully, the smell of victory. 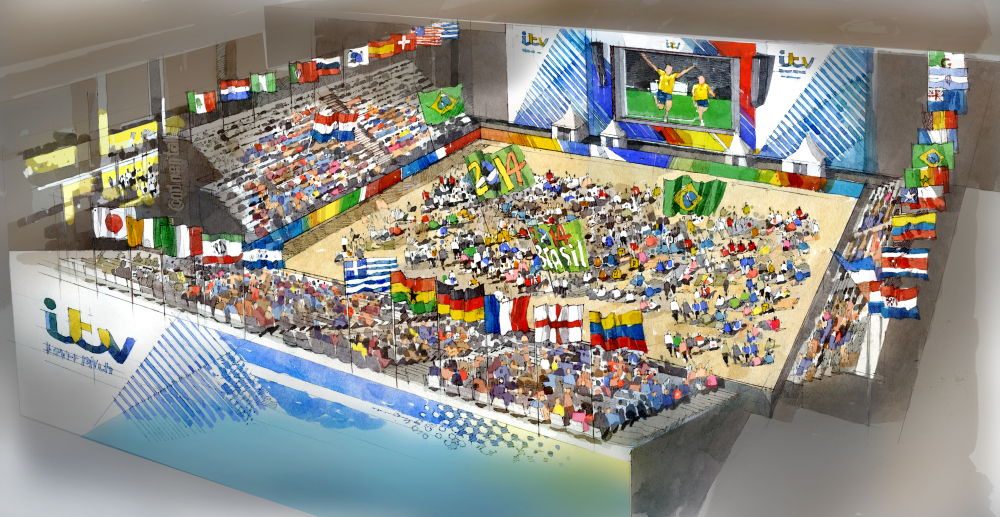 An online poll will ask the nation to get involved by voting for unique English smells that will rouse the fans’ senses, such as chips by the sea, the greasy spoon, Sunday roasts, strawberries & cream, or a cup of tea to name but a few. The most popular smell will then be released at the event during the pre-match National Anthem, then followed by other smells at key points in the match, such as half time oranges and if things go England’s way, victory champagne.

Our sense of smell is a very powerful emotional indicator and at key points before, during and after the match, Fever Pitch visitor’s noses will be engaged with intense bursts of fragrance which will enhance the experience and transport them to the World Cup in Brazil.

David Gamble, Founder and Creative Director of Hometown says of the project “We’re creating an experience that is designed to transport fans to a game being played thousands of miles away in Brazil, via senses that broadcast tv can’t utilise. Our sense of smell is the most powerful of our senses for triggering memories and emotions. This felt like a perfect fit for the World Cup and ITV.”

Paul Ridsdale, Head of Marketing for ITV says “We want our coverage of the World Cup to be as immersive as possible and ITV Fever Pitch is the centre piece of that.  By creating this unique 4D broadcast we hope to give visitors a truly unforgettable experience, whatever the result.  We appointed Hometown as they understood what we are trying to achieve and their ideas stood out while fitting perfectly with ITV’s emotionally-charged World Cup campaign and ethos.”