Britain Get Talking. Apart. But Never Alone. continues its effort to keep the nation talking with messages from the public and famous faces 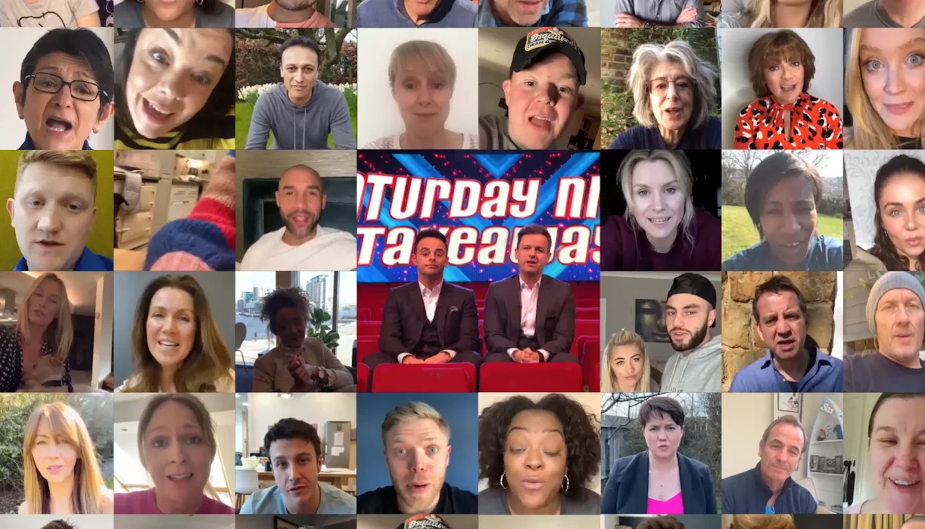 ITV’s landmark mental health campaign, Britain Get Talking, returned once again this weekend, placing people amongst programming. There has been an astonishing amount of responses to Uncommon’s campaign for the broadcaster. One week since launch, more than three million people have taken immediate action, making a call or sending a text to a loved one or messaging ITV directly.

A powerful 90’ film, created by Uncommon, aired this weekend which captured a snapshot of the public’s moving messages of support, love and virtual hugs, alongside a raft of celebrities, at a time when we have never needed it more.

Since the campaign re-launched last weekend to 9.5 million viewers, off the back of Ant and Dec’s Saturday Night Takeaway, members of the public have been posting their personal, heartfelt messages across social media to family, friends, the NHS, teachers and addressing thanks to many more of the UK’s essential workers.

Many of these also featured in the poignant film which aired this Saturday, ahead of Ant & Dec’s Saturday Night Takeaway. More of these touching messages from the public will continue to be played across ITV’s schedule, every day for the next month, in an effort to keep spirits high across the country.

Nils Leonard, co-founder of Uncommon said: “As the next few weeks ahead remain uncertain, we have never needed each other more. Being able to celebrate the strength and resilience of the British public banding together, to help create more connection in an isolated time, has never felt so important. We may be apart but we’re never alone.”

The channel continues to show their commitment to the initiative with reflections throughout ITV’s brand identity. This includes titled ‘Britain Get Talking’ break bumpers and DOG (digital on screen graphic) which sits at the top left of the screen during programming.

Clare Phillips, ITV director of social purpose added: “We’ve been so encouraged by the response to the Britain Get Talking campaign, with millions of people picking up the phone or sending video and text messages to loved ones to stay connected.  We will feature as many as possible on air over the coming weeks. Physical isolation doesn’t have to mean social isolation. Britain has never needed to connect more, and through Britain Get Talking we want to use ITV to help people feel good, talk more and establish a feeling of unity through these challenging and unprecedented times.”

In light of the numerous challenges posed by the Coronavirus crisis, Britain has never needed to connect more, and ITV are supported by YoungMinds and Mind to urge the public to keep talking. Just hearing someone’s voice has been shown to reduce stress levels. With more of us stuck at home than ever before, speaking to our loved ones is vitally important for all of our mental wellbeing. The campaign continues to encourage viewers to pick up the phone and share their messages of love and support across social media, using the hashtag #BritainGetTalking and tagging @itv.

Britain Get Talking originally launched in October 2019 as part of ITV’s ongoing objective to encourage 10 million people to take action and improve their mental or physical health over the next 5 years, and became the most recognised mental health campaign in the UK. The campaign website, itv.com/BritainGetTalking also hosts information on sources of support for viewers who can’t rely on family and friends.