Awards and Events 371 Add to collection 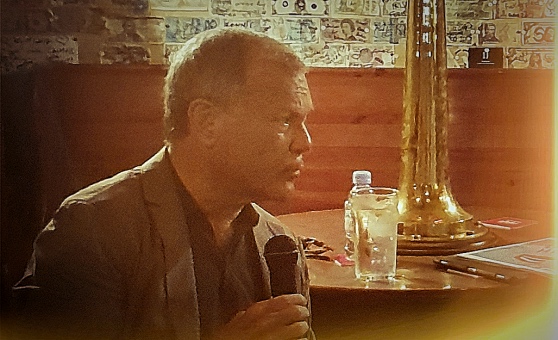 Sir Martin Sorrell has been the talk of the advertising industry for many weeks now, so, naturally his various appearances at Cannes Lions last week were met with intense curiosity.

On Thursday - his first time taking to the stage last week - Sir Martin began by addressing the media coverage around a range of issues, which included reports from The Financial Times and The Wall Street Journal that he had visited premises used by sex workers following WPP’s AGM in 2017. It was a curiously intimate setting at an Irish pub by the Cannes Marina that the former WPP CEO chose to break his silence and try to regain control of a media narrative that has somewhat run away from him over the past few weeks.

"There's been some pretty fanciful stuff [printed around] what may or may not have happened," he said to The Drum’s editor Stephen Lepitak.

Speaking on stage at the festival on Friday, in an interview with New Yorker journalist Ken Auletta, Sir Martin “strenuously denied” the allegation that he misused WPP funds, as well as the claim that he used company funds to pay sex workers. “It’s not true,” he said.

On the subject of his swift departure from WPP in April after 33 years in charge after a leak from a source "at the very top" of WPP, Sorrell told Lepitak: "There are other courses of action that were open to the company of which they did not take. The most damaging thing that happened during the course of those events was the leak over the Easter weekend... which to my knowledge hasn’t been investigated.”

Sir Martin also used his appearances in Cannes to respond to reports from the Financial Times that he had been verbally abusive to people he worked with.

“Am I an easy person to deal with? The answer is no. Am I demanding? Yes. So I don't think that was fair,” he told Auletta. "I think I demanded high standards but I think if you look at the overall record of me — I don't know who the FT talked to when they claimed they spoke to about 20, 25 people. But maybe they spoke to the wrong 20, 25 people.”

And while the journalists at the front row of both appearances were out in force to hear what they could about Sorrell’s dramatic departure from WPP and his plans for the newly-formed S4C, he also had some perspective on the future of the industry and the holding companies generally. Having parted ways with WPP, he was freed to give a somewhat more impartial assessment than in the past. He noted that all of the holding companies were moving in the same direction – though at different speeds – towards a wholly integrated model, casting doubt on the future of individual agency brands. Publicis Groupe, with its ‘power of one’, he noted was moving much faster (a rare compliment for his rivals), WPP and IPG somewhat slower, and Japanese behemoth Dentsu Inc. being in what he considered the strongest position of them all.

He also noted the irony that had the ill-fated, attempted merger of Omnicom and Publicis Groupe of 2013 been successfully pulled off, they would have now been in ‘a really interesting position’.

He also addressed the question of the WPP succession plan – though it had long been speculated that no plan was in place, he assured audiences that a ‘hit by the bus’ plan had long been established – with Mark Read and Andrew Scott lined up to be joint CEOs. He said that each had complementary skills.

Looking to the future of the industry, Sir Martin also gave us some titbits of information about his new venture S4 Capital, a shell company which has just raised £51m in private equity, £40m of which is his own cash.

In a global business that Sir Martin estimates to be around $1 trillion, he admitted that he is starting as a small player. “S4 is a peanut in comparison [to other holding companies],” he said on the Cannes Lions stage. “But I have to admit some people do have peanut allergies… S4 is going to focus totally on the new stuff. It’ll come totally from the digital angle.” As he mentioned on multiple occasions during the festival, the company’s mantra would be “new era, new age”.

Will the flurry of controversy surrounding Sir Martin detract S4’s potential investors? When one journalist pushed him on this in a press conference he responded: “We will see in time.”

And, addressing his own future in the industry and whether he plans to step down and retire from the industry, the sprightly 73-year-old had this to say: “A lot of observers have said, ‘my god he’s 73!’, and I agree I haven’t got another 33 years in me. I’m looking at it really in the next seven years and then, depending on what my physical and mental condition, in seven years’ time or five years’ time, I’ll make a decision about another cycle, which is written into the documents that are already public.”