“It's Not Fun to Have Monsters and Daggers Inside You”: Behind the Visual Language of Libresse’s #Painstories

Behind the Work 200 Add to collection 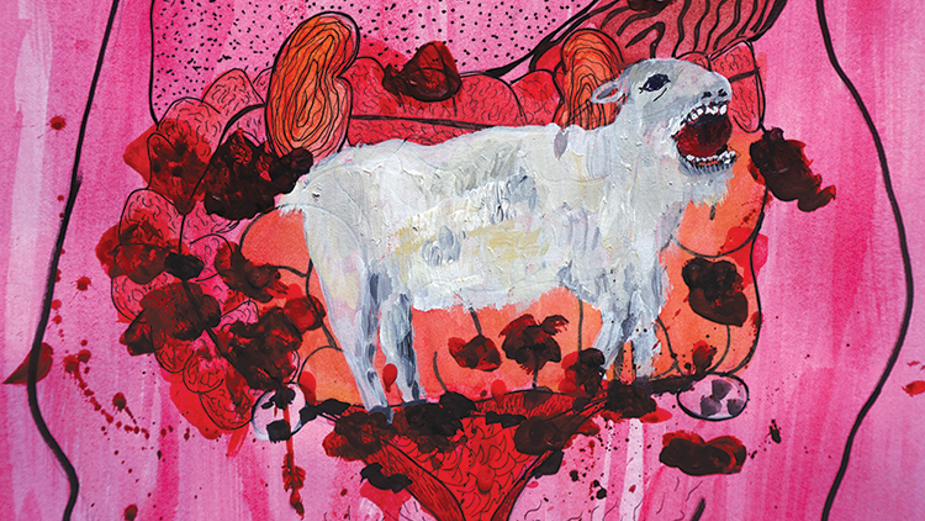 In the summer of 2020 AMV BBDO released #wombstories, the UK agency’s most recent instalment in a series of campaigns for the Essity feminine hygiene brands (Bodyform in the UK and Libresse across Europe), which have been progressively shaking up the hackneyed tropes of the category and promoted discussion around women’s bodies and experiences. 2017’s #BloodNormal challenged the blue liquid-soaked fakeness of sanitary pad ads. Viva la Vulva in 2018 used singing vulvas to call out the toxic myth of the ‘perfect’ vulva.
As the most recent of the trio, #wombstories broadened Libresse’s ambition even further and pushed back against the narrative girls are taught from a young age: start your period in adolescence, repeat with 'a bit' of pain, want a baby, get pregnant, have more periods, stop periods, fade into the menopausal background. Having a womb, the campaign demonstrated vividly, is a lot more complex than that.
This week saw the launch of an extension to #wombstories called #painstories, exploring the depths of the pain women endure and inviting them to share their stories. Created by AMV BBDO and PR agency Ketchum, #painstories’ goal is to tackle the “gender pain gap” through storytelling, expressing and articulating pain, with a focus on endometriosis, via a newly launched Pain Dictionary and the world’s first Pain Museum created to educate and engage society on the extent to which this pain is overlooked, underfunded and often ignored.
AMV BBDO ECD Nadja Lossgott views #painstories as an offshoot of the broader #wombstories mission to lay out the complex ups and downs of living with a womb inside you, but with a more specific focus of the pain that women generally, and more specifically women with endometriosis, have to deal with.
The central #wombstories creative idea was initially an image of “the womb as a second seat of power that rules you in all these crazy ways,” says Nadja. The campaign was born out of anthropomorphising the uterus and speaking to women to consider how they would characterise it. Endometriosis was covered as a result of that - one scene in the phenomenal Nisha Ganatra directed film depicts a monster ripping at an endometriosis sufferer’s uterus - but the team felt that the subject deserved much more attention. 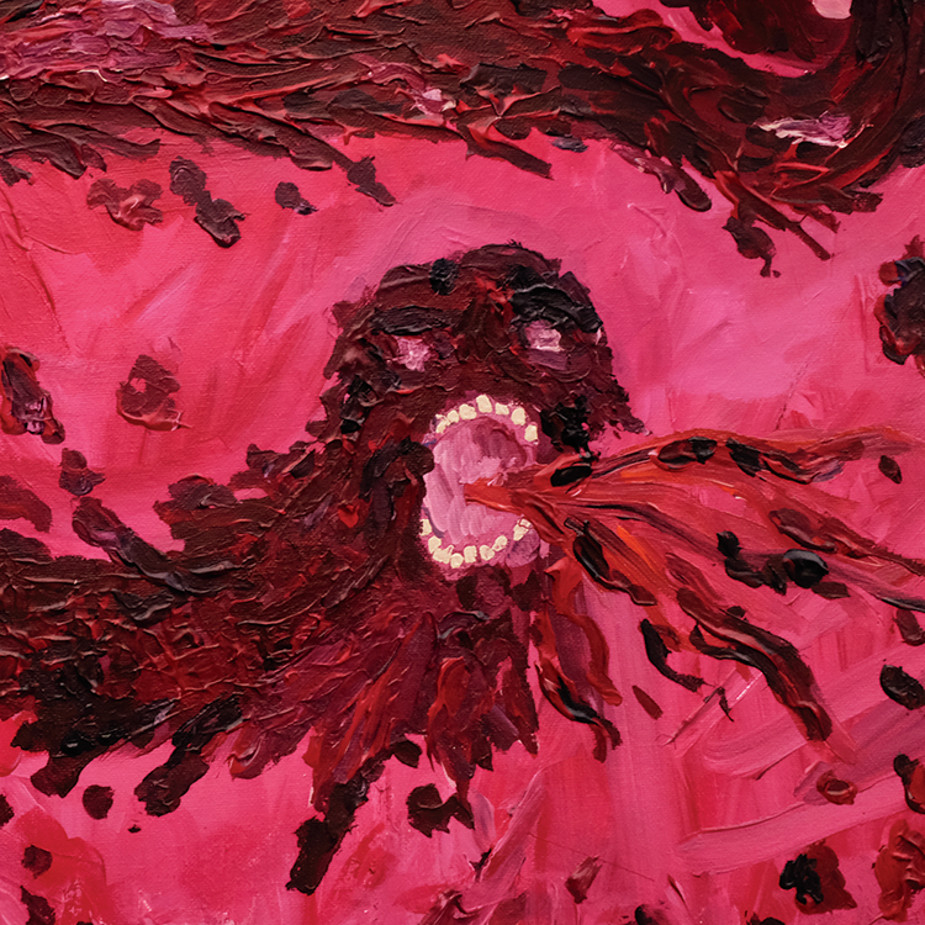 “Women's pain in general is denied,” says Nadja adding: “people are really yearning for some support.” Endometriosis is just one example of the complex area of female pain being endured. As the Pain Dictionary puts it: “Endometriosis is when tissue similar to, but not the same as, the one found in the lining of the womb grows outside of the womb. This is an important distinction because misunderstanding the disease means that it’s not always treated properly. For example, misinformation that endometriosis is misplaced endometrium can lead to the recommendation of hysterectomies as a cure when it’s often not that simple, or to the misleading claim that hormonal treatments eradicate the disease.”
It affects one in 10 women but, horrifically takes an average of seven and a half years to be diagnosed in the UK, due to the perceived notion that severe period pain is ‘normal.’ Enduring this pain frequently leads to depression, loss of relationships and in some cases even considering suicide. This is also reflected in sufferers’ work, with research finding that over 40% of those with endometriosis had given up or lost their job because of it.
#Painstories was also born in no small part because of one creative’s personal experience of living with endometriosis. AMV BBDO copywriter Augustine Cerf says the Pain Dictionary came out of her own personal struggle to find language to express her pain. “It feels very lonely and alienating because there's this whole world of pain going on inside you, but it's really difficult for people to understand it,” she says. She’s personally experienced doctors’ inability to communicate with her about her pain when they use techniques like the commonly used one to 10 pain scale. “Obviously that's useful in some contexts but I always found that redundant, because of course pain is pure subjectivity, it changes from day to day. I can have three different so-called levels of pain in one day, it can change from one second to the next and it completely varies based on when you asked me.”
She recognises the breadth of the problem of female pain’s perception in society: “I think women are taught to underplay their pain. You don't want to seem that you're complaining. We're taught that pain is normal. I've been told that I must have a low pain threshold. We're made to feel like we're exaggerating in some way or that pain is just a woman's lot.”
Augustine knew that if Libresse was going to communicate authentically about endometriosis, it was vital that it listened to and engaged with the online ‘endo community’.
“When you find out that you have endometriosis, there's no cure, the treatments are very ineffective (I've had two surgeries I still don't feel better), doctors often have lots of misinformation,” she says. “I've had a lot of moments where I felt completely on my own, which is terrifying because you're facing being in pain every single day for the rest of your life and there's no support. Who do you turn to when you've exhausted all the avenues? I've seen so many doctors.
“Where I turned to was online. Online is where I learned that, for example, hormones don't have a practical impact on endometriosis. I think that is the experience for many. Online, you find solace, not just in the practical information that people share.”
There's a huge community, mainly made up of micro influencers with 500 followers or so on Instagram, “but I feel like they're my best friends,” says Augustine. The community gives her access to information on how people treat their pain, more general advice and quotes on how to deal with what people say and how to speak to people. “There's just so much solace to be found in people sharing their experience online and I experienced that personally. Just seeing other people go through endometriosis made me feel a lot less alone and then feel better equipped.”
Inspired by how the endo community was discussing pain, Augustine’s art director partner Lauren Peters remembers discovering how to do that eloquently. “It became apparent that the way people relate to their pain is often in this very metaphorical, visual way,” she says. The Pain Dictionary would endeavour to communicate the reality of women’s pain as accurately as possible to how it actually feels, pairing written descriptions with powerful imagery.
Everyone’s pain is described differently and the team knew that the Pain Dictionary needed to honour these subtleties, so it seemed appropriate to collaborate with as many female artists with endometriosis as possible, before turning to other artists to provide visual accompaniment to the remaining definitions.
They found that this process didn’t need much explaining to those describing their pain. Visualising pain metaphorically is how many experience these feelings. “The power of this visual language is that this is how people are experiencing pain,” says Augustine. “Personally, when I'm in pain, I'm imagining what's happening to me because it's a way of making sense of my experience. I imagine daggers in my womb. I imagine weights in my womb, being punched in the back, all of these things. And as soon as we started asking people the right questions, they had very specific images in mind, and that's how they experienced it.”
Although she’s technically a copywriter, Augustine even ended up visualising three of her own pain definitions in this way for the final Pain Dictionary - Monster, Belly Stomps and Needle Threads demonstrate her pain vividly. “It was really important to us to accurately and authentically depict the pain so that when you look at the images you almost feel that pain that these people are going through,” she says. 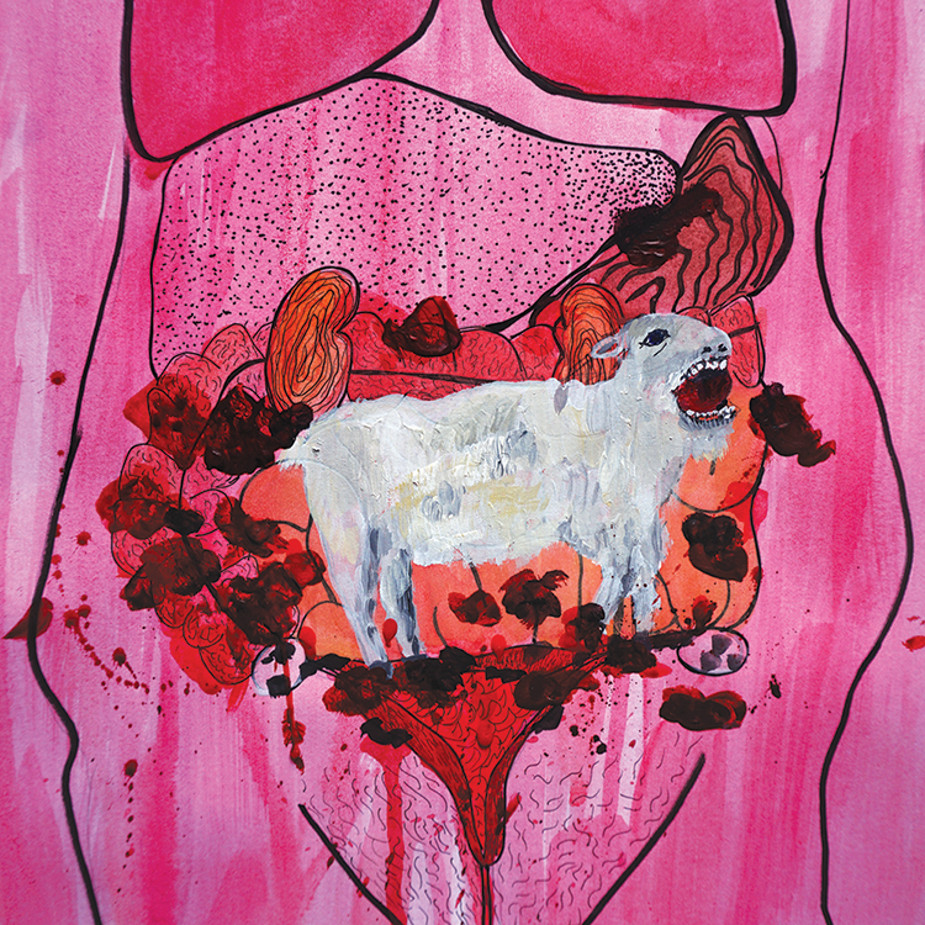 This meant working in whatever medium or style best fitted the description of the pain endometriosis causes. Lauren describes the process as: “proactively seeking out a style that we thought would emulate the description, rather than just choosing artists we like and giving them a description and saying do with it what you like. It was important that there was that kind of synergy.”
For example, as soon as the team saw the artwork of Dana Robinson, which Augustine says “kind of overlaps together and creates this sort of squelch of shapes,” they knew that her artistic approach would fit the description of ‘Organfuse’ perfectly. “We were seeking out and styles and existing work from artists that would really bring to life the truth of those descriptions,” says Augustine.
The resulting images and the definitions they are paired with form an arresting collection of artworks, but Augustine notes that they serve a function far beyond their aesthetic that the team have felt for some time now: “#Wombstories unlocked the importance of this rich, metaphorical, very visceral imagery - a visual and verbal language - and then the Pain Dictionary takes that and turns it into something really practical,” she says. The vision is that the Dictionary can be used in GP surgeries and by school nurses to communicate better with people who are in pain than the standard one to 10 scale often used.
They also hope that it can be used to help people realise when they might have endometriosis. If women recognise the pain they suffer from in the Pain Dictionary, then if they do have endometriosis they can seek diagnosis earlier.
A crucial role for the Dictionary is to help with empathy and support, making it relevant to everyone, as Lauren says: “It's so important that we get this out there. It’s something that you should know about. It's going to be affecting somebody you know or several people you know, given the stats.” 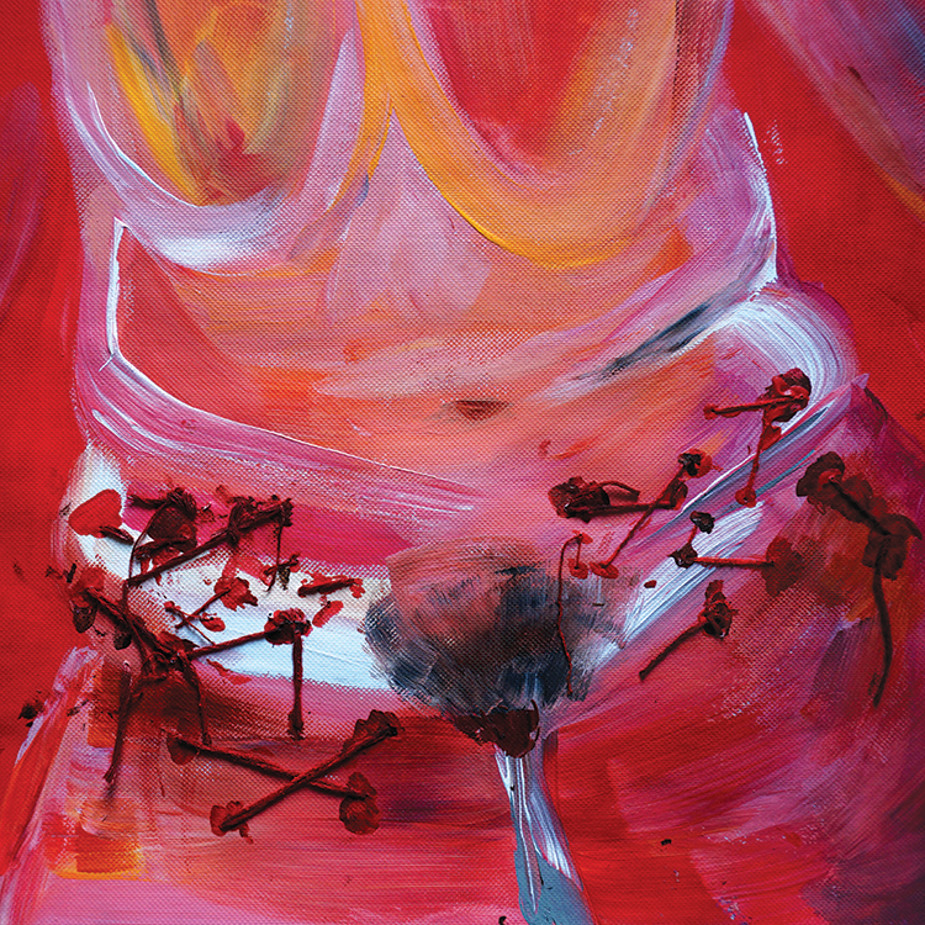 Bearing in mind the vital role that social media plays in communicating pain, Nadja points out how crucial it is that as well as its e-book PDF form, the Pain Dictionary is published as an ‘Insta-book’ on Bodyform UK’s Instagram Story Highlights  “I think that that support system that you find on Instagram is invariably one of the most positive ways that Instagram is used,” she says. “It’s absolutely where the heart of the campaign is.”
Augustine hopes that #painstories boosts awareness to the point where she and others with endometriosis don’t have to face the misconceptions they are so familiar with, but will have their experience of pain better understood. “What the Pain Dictionary does tremendously is it shows that it's not just bad period pain, but that it's actually incredibly debilitating. It's emotionally strenuous and it's exhausting and there's a whirlwind of symptoms. It's not fun to have monsters and daggers inside you. And I think it does a good job of communicating the severity of that pain, to allow people to be able to express it and then, in turn, feel understood, and get the proper support from other people.”
view more - Behind the Work