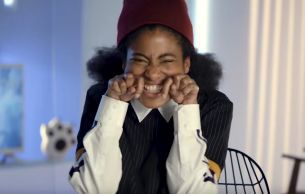 Biborg recently won the digital communication strategy for the launch of Capcom’s latest game Monster Hunter: World, which releases worldwide today, January 26th. For the launch of this eagerly awaited new title, the London and Paris based creative agency produced a digital display campaign and video content series which will be live worldwide from January 26th.

The Monster Hunter series is one of Capcom's biggest flagship franchises with 40 million units sold since 2004. The newest addition, Monster Hunter: World, aims to be more accessible and appeal to a more mainstream audience.

In order to appeal to this audience, Biborg collaborated with Capcom Europe’s teams to produce three ‘mockumentary’ style episodes featuring players from around the world as they share some of their most incredible multiplayer hunting stories.

Who better than the fans to express how it feels to play Monster Hunter? Biborg selected six ambassadors from all over the world to tell their stories and show veterans and newcomers alike how it feels to enjoy the ultimate hunting experience.

Kais Ali Benali, UK Business Director & Partner at Biborg, commented: “The Hunting Season videos have been created to appeal to a more mainstream audience who aren’t already familiar with the franchise. We wanted to give this audience a reason to play the game without disregarding the hardcore Monster Hunter fan base, of course. All the gameplay footage was captured with the intention of reflecting each characters’ personality and playstyle. We are extremely proud to have worked hand in hand with Capcom throughout the entire project and love the different perspectives brought by these three episodes on the overall campaign.”

Says Marina Koh, Brand Manager at Capcom: “It’s been fantastic to work with Biborg on such an exciting campaign that was aimed at bringing in new players to the hunt from all round the world. The team has been a great support with their creative ideas and being able to target the audience we wanted to hit to make this release a success for Capcom.”

Biborg partnered up with W2P production studio and Stereoplane for the series.

All three episodes are live today, Friday 26th, on Capcom's UK channels and will also be published on the PlayStation EU YouTube page.

Biborg also produced all the European display assets for this campaign.