Awards and Events 382 Add to collection

Sir Martin Sorrell on award shows, the future of Cannes and restructuring without ‘breaking too many eggs’ 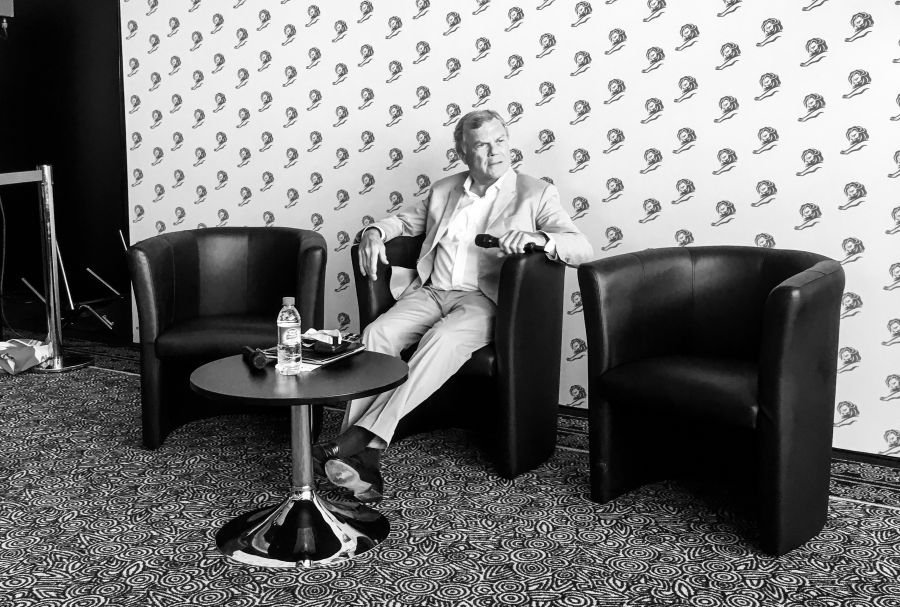 WPP chief executive Sir Martin Sorrell weighed in on the Publicis award show controversy by warning that, while Cannes Lions was in need of a ‘major’ shake up, his rival holding company risked destroying the positive aspects of ad industry awards and festivals.

“90 per cent of this is recognising that there is a problem – and there is a problem,” he said, while also raising an eyebrow at the rather gauche timing of Publicis Groupe’s announcement during Cannes Lions 2017 that it would suspend all spending for ad award shows.

“I was going to say it’s a bit like being invited for dinner and criticising the host, but we pay for the dinner, if you get the analogy. Well, pay for it in part, along with others.”

Taking a balanced view of the situation, Sir Martin welcomed what he saw as positive additions to the festival, such as the broadening of the Lions’ definition of creativity and the inclusion of a more international crowd. The addition of awards for creative data, health and gender equality (Glass) were also recognised for defining creativity and leading the industry forward.

However, he also suggested that the festival had become too big. “Having said all that, it’s too much. It’s too expensive, it’s too frenetic. I’ve spoken to journalists who haven’t spent one minute in the Palais looking at the work. We had a thousand people here last year, this year we only have, as far as I can count them, 500. We’ve reduced the level of participation because we think with the industry facing some of the opportunities and challenges, if we can put it that way, that this is not the right atmosphere, the right approach.”

He noted the value of awards, such as Cannes, as a motivator for talent and, also, for clients, who had become more invested in creating Lion-winning work. Publicis Groupe’s blanket approach puts the positive aspects of awards at risk.

“I don’t think a boycott is the right way to do it. A boycott didn’t work on YouTube in London when Havas in London, without actually Havas centre knowing what was going on, boycotted YouTube. I don’t think a boycott is necessarily the right way. We know that our people – I can’t speak for Publicis people – enjoy this and are proud if they win an award and go on stage and get a Gold Lion or a Silver or a Bronze. Even a shortlist… It’s being judged by your peers as being successful. Similarly, clients like it, I would say love it. The number of clients who have said to me this week ‘we’ve won this, we’ve won that, we’d like to win more’… By boycotting it what you’re doing is destroying that, and I think that’s wrong.”

He had his own suggestions about how the Ascential-owned festival could improve. “I think it’s a great festival and celebrating creativity for our people and for our clients is fundamentally important. I have to say that I’m not sure that Cannes in June is necessarily the right place for it to be. There are locations in New York or London or Paris – I’m agnostic – or Berlin or elsewhere. But I think it can be done differently and it can be done better. Every organisation that I’m involved with is going through major technological and structural change and Cannes should be no different. But on a more positive note, I applaud the fact that the organisers have woken up to ‘Houston we have a problem’.”

Sir Martin Sorrell was talking at the press centre in the Palais at Cannes, and during the brief Q&A session, he also touched on WPP’s organisation (while also taking the opportunity for another dig at his rivals at Publicis).

He explained that, in his view, ‘unibranded’ companies were stronger and simpler to run – while WPP’s rapid growth over 32 years had been facilitated by acquisition and becoming a sprawling ‘multibranded’ organisation. However he acknowledged the reputational heft that WPP had achieved through acquiring heritage brands. “Having said that, J. Walter Thompson has been in existence for 153 years and there is great value in that in terms of reputation, history, relationships, knowledge, creativity. All those assets. And the newer companies would give their eyes, teeth, would give everything, would cut off limbs to have that sort of reputation and access.”

And, while he said that WPP was working towards greater cohesion across its brands in terms of its strategic objectives, he noted that other companies in the same space had rushed to try and merge its portfolio of brands together. This could possibly have been a dig at Publicis Groupe, which has been re-structuring internally around four hubs and a ‘power of one’ philosophy.

“I don’t think you can go through the route of pulling everything together uniformly quickly. It has to be done over a long period of time. If you make an omelette, you break eggs, and I don’t want to break too many eggs. And I think we’ve seen that in our industry – either because there’s pressure to do it, internal pressure or competitive pressure – and they go too fast. We are moving to unify our four strategic objectives: horizontality, fast growth markets (Mexico would be one of them) digital and data.”