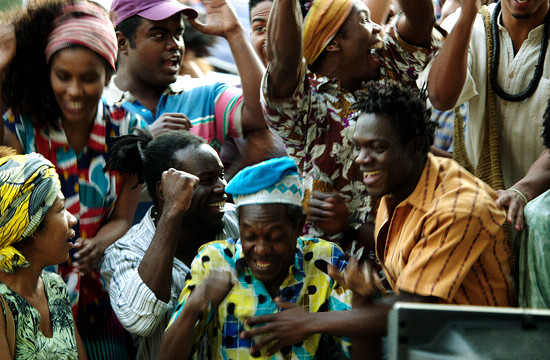 The film, produced by Agencia Africa, treats the tension and expectations that accompany the World Cup group raffle with light-hearted humor. The plot shows the moment when people from various countries, in front of the TV or computer, watch to see what the destiny of their country will be, hoping and cheering that their country will not fall into the same group as Brazil.  Thus avoiding a match against a powerful nation of 200 million fans. The production relies on two endings that show the reaction of different nationalities to the news that they are in Brazil's group.