“It Feels Like Being in China, at the Moment, Is the Safest Place to Be” 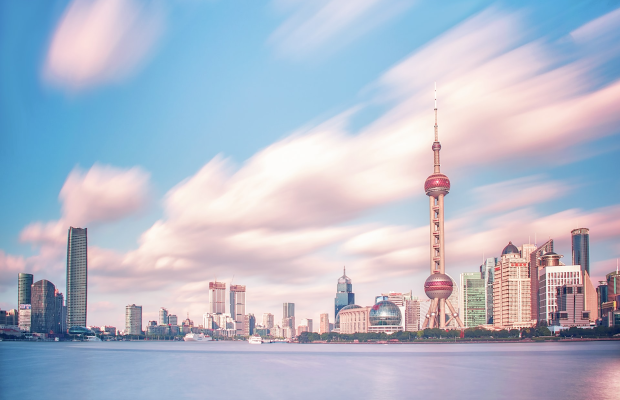 Over a month ago, we spoke to Maureen Sherrard, a creative producer at Shanghai-based agency Goodstein. She was in the middle of lockdown and she shared her experiences of life at the peak of Covid-19. At the time, the idea of shutting down whole cities seemed to those of us sitting in Europe, Africa and the Americas as an extreme measure and something that was unlikely to happen elsewhere… Oh what a difference five short weeks makes. As Europe grapples with the growing crisis and the death toll in Italy overtakes China, in the Middle Kingdom things are starting to settle down. Work is happening and some people are returning to their offices, albeit with precautions in place. LBB’s Laura Swinton spoke to Maureen to see what life is like now that the country has passed through that peak. While she’s still understandably cautious and taking sensible measures, what she has to say is full of hope and possibility.

LBB> Compared with when we last spoke, how would you say the situation is in Shanghai?

Maureen> I’ve seen a gradual change in the past two week.  Streets are no longer empty. There is traffic, more people are out and about walking, biking, jogging. More shops and restaurants are opening by the day. Some museums have opened their doors too. Today, it almost looks like everything is back to normal except that everyone wears a mask.

Personally, I think we have to be very cautious about returning rapidly to ‘normal’. People can easily forget that the virus is still around and we don’t know if this ‘slow down’ will pick up again.

We have decided to still practice social distancing. For us, there is no need to socialise just yet, go to the pub or restaurants (There goes the St Patrick’s Day celebrations, which is normally pretty big here).

The main reason behind this decision for me is logical. It is important to continue to ‘flatten the curve’, still. By avoiding getting infected you slow the spread of the virus and don’t overwhelm the health system. You use less masks, so people who really need them can have them. You don’t get sick and need to use hospital beds/ventilators/medical resources.

LBB> In terms of activity in terms of jobs/productions happening, clients' being active and proactive, have things picked up since the peak of the crisis in China?

Maureen> For some in our industry, particularly digital agencies, things have return to normal and jobs are coming in. Clients however have had to postpone (or cancel) many campaigns specially the ones involving events and filming. There are still restrictions when it comes to shooting in China specially if it involves travel.

Clients have also retuned to their offices so I’m sure that in the next days there will be more briefs coming in and more discussions on how to accomplish them within the restrictions.

Maureen> The number of new cases in Shanghai has decreased dramatically but there are new so called ‘imported cases’  from people visiting shanghai. Mainly from Spain, Germany, Italy and Iran.

The government has imposed strict screenings in main international travel hubs like Beijing and Shanghai. People are still asked to home-isolate for 14 days after returning and in some cases travellers have been sent to special facilities for quarantine.

On the streets the volunteers walk around with loud speakers blasting out a recording advising people to be sensible and wear a mask, wash their hands and stay home if they don’t feel well.

Most restaurants and shops, supermarket are taking your temperature before letting you in and you must be wearing a mask.

LBB> To what extent have people gone back to work?

Maureen> A lot of people I know have returned to their offices. Most of these places have been disinfected and have an entry check-point where you need to show a Green QR code you get from Alipay once you fill in a form stating you travel history, if you’ve had any symptoms or been exposed to the virus. Not sure how long this will continue.

LBB> Are productions/shoots happening - if so what new standards are in place/happening…?

Maureen> To some extent. There are still restrictions on shooting here but there have been cases where shooting has been produced separately in different locations and all done remotely.  i.e client in one city, production in another country, post in another. But in general most productions have been postponed.

LBB> What have you learned from the period of self isolation and working from home?

Maureen> It has been very challenging but overall an interesting experience. Usually we work from home so in that respect we have not seen much of a difference. Being home-bound has also given us the possibility to continue to create concepts and work on our own projects. We keep a good work routine. It is important to keep busy.

The first 6 weeks were more challenging because there was a degree of anxiety for the unknown. No one really knew how long it would last or how bad it would affect everyone.

It is great to see that there is no need to go to offices if it not necessary. Video calls, remote collaborations work just as well. We all need to learn and be able to adapt to new working methods.

LBB> What would you say to people in Europe, US, LATAM and Africa, where the peak is either hitting (Italy) or about to hit?

Maureen> It feels like being in China, at the moment, is the safest place to be. The way the government has dealt with the situation and the way people respect their decisions is so different from what is happening in other parts of the world. There was no panic buying here. People stayed calm. Orderly.

When I read the news from other countries it worries me. It feels like initially, in the past few weeks people did not worry too much and still went out and went about their business. Now, it seems there is total panic and chaos.

Why didn’t governments/people learn from China/South Korea as it was so well documented? Maybe it is people always thinking “it won’t happen here, it won't happen to me”.

Many governments have no clue what to do so it is up to the individual communities, families and individuals to take action and just stay home.

LBB> Anything else you think we should know?

Maureen> It going to get worse before it gets better. But don’t fear the virus. Don’t panic. Be sensible. Don’t believe the kind of rubbish information is out there. Misleading information can only spread fear which is worse than the virus.

We have a responsibility now and need not be selfish. Finding new ways to work, entertain yourself, care for your family will help you. Being at home might be scary and you might suffer from cabin-fever but you might also enjoy spending time with your partner/kids and it will give you time to Think.