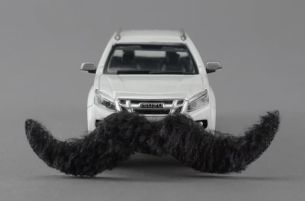 While historically Isuzu Diesel has a strong history in Saudi Arabia - supplying many industries and businesses - the vehicle is generally associated with construction, farming and manufacturing, not as a personal vehicle for young men.

By capitalising on recent economic and fuel price changes, as well as environmental concerns amongst the target audience, the series of 10 films were created, with each one highlighting a core benefit of diesel fuel; from environmental, perception, and even durability of the vehicle.

Piyapong Tannaphai, Senior Manager of Isuzu Motors International Operations commented on the campaign: “We have a long and respected heritage in Saudi Arabia and this campaign helped us to reach out to a new generation of future Isuzu Diesel car owners”.