Isobar’s Nick Bailey Asks ‘Is Advertising Too Conservative About Creativity?’ 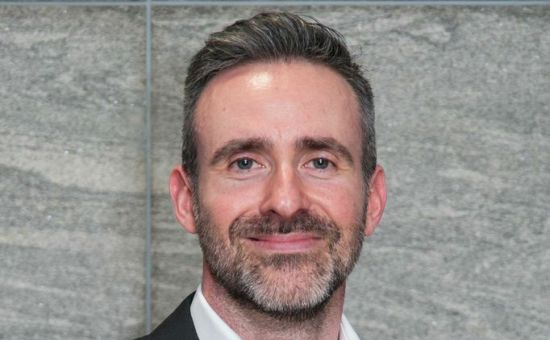 Traditional notions of creativity are evolving thanks to new technologies, crafts and platforms – but according to Isobar UK’s CEO and ECD Nick Bailey this conceptual change is not being backed up by practical change. Agencies, he argues, continue to organise themselves in a way that privileges art directors and writers and stifles intra-agency understanding and collaboration. So, what’s to be done? Speaking at Eurobest in Helsinki this week, he aims to encourage agencies to drive through real change and recognise that creativity should be inclusive. LBB’s Laura Swinton caught up with him to find out more.

LBB> Your talk at Eurobest is called ‘Ideas Without Limits’. What’s it all about?

NB> Well it’s really about how conservative agencies are in their approach to creativity. It’s not an observation that’s unique to me, it gets talked about a lot, and I wanted to open up the question about whether we organise our creative processes in the right way and maybe there are alternative ways of approaching it. I’m going to talk about other creative arenas where people do take a different approach and ask whether agencies couldn’t be a little more open-minded, particularly in terms of the disciplines where we expect creativity to arise.

LBB> As you say, it’s a conversation that’s been happening for a while but in day-to-day agency life, things don’t appear to be changing.

NB> Yes, particularly when our clients now are beginning to be more adventurous in terms of the way they organise their businesses and the way they’re challenging their own processes. For example a lot of Japanese companies, someone from the sales force might end up working in the marketing team. That’s difficult initially but what it gives rise to is an organisation where everybody has an understanding of what that business does.

In creative agencies we create this privileged elite of creative people and don’t allow for creativity to arise from anywhere else. It’s actually something we were talking about in the agency the other day. Really there are disciplines within every agency organisation that don’t have a full sense of what it’s like to be within another discipline. They don’t know what it’s like to breathe the same air as these people. It’s a funny way to arrange a business that should be built around creative product. 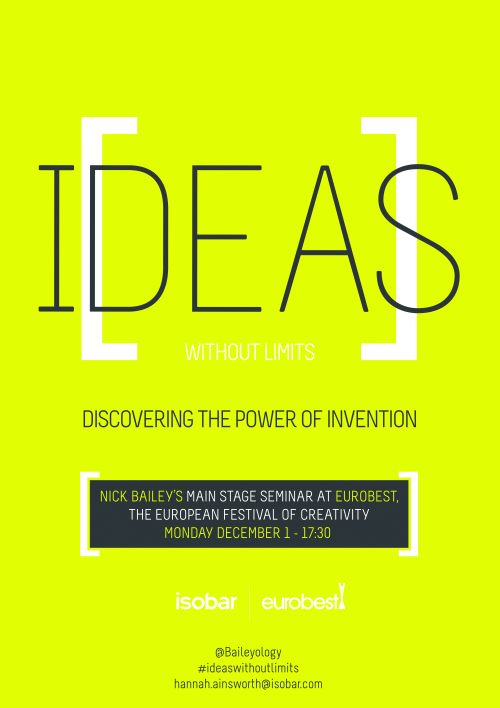 LBB> You mentioned Japanese businesses or work culture. Isobar’s part of Dentsu, is that something you guys do or try and implement in the UK?

NB> No, not yet. It’s always interesting to look at the world through an alternative lens. Actually it’s not something that Dentsu does, but it’s something our clients do. Toyota does it, Dentsu works with Honda in Japan and they do it, Sony does it. A lot of businesses outside of Japan do it. It’s an interesting question to pose whether there’s a much more radical way of organising our agency to create more innovative and inventive work.

LBB> So as you say, it’s something we’re all talking about but not something that’s actually materialising. What’s holding agencies back?

NB> I think change is driven by crisis. A lot of businesses in recent years have had a real reversal. For example the automobile industry has gone backwards in many territories. If you’re business is going backwards, you have to make radical changes. Agencies are… not not succeeding. They’re still growing. There’s a bit of an ‘if it ain’t broke don’t fix it’ mentality going on. Until change is really forced by crisis, it takes a lot of bravery and audacity and self-confidence to drive change through an agency culture. It involves a lot of risk and pain; if you’re not certain of what the outcome’s going to be, why do it?

LBB> Instinctively, I might think that it’s a problem that affects more traditional agencies than, say, digital agencies… Is it something that’s a problem across the board?

NB> Well, never having worked in a traditional agency, I couldn’t really tell you. I think it’s almost a false categorisation anyway, between traditional and digital. There are now ‘traditional’ digital agencies and more inventive ‘traditional’ agencies doing more innovative things than digital agencies. I think it comes down to the agency culture, regardless of how the agency defines itself. I think it would be a pity if agencies don’t do something different and change because there’s a huge amount of opportunity out there and a huge amount of appetite from our clients for working in a way that’s going to deliver more positive change for them.

NB> I don’t think so. I think what we’re talking about is the conflation of creativity and craft. What has changed in the past 20 years is that there are more creative crafts and those creative crafts have bled across into areas like data and user experience and design. I think it’s right and good that that’s happened.

In the past the creative department was very clearly defined and associated with just two crafts and that was a function of the fact that the number of crafts involved was limited. It made sense to have a creative department associated with these disciplines. Over time the word creativity became conflated with the crafts of copywriting and art direction. Now in an agency you’ve got multiple crafts and those are growing and changing all of the time and that’s why we need to drive change through our agencies because it no longer makes sense to put those crafts into silos. A) because they’re changing all the time and B) because people have to work so much more collaboratively. You may have a business analyst who has to work effectively with user experience design and an art director and a copywriter and a filmmaker and a motion graphics designer. People have to be able to come together and work effectively together. That’s not diluting creativity.  In film or TV or music you have multiple crafts that come together to create and in agencies you’ve got this strange hybrid where you’ve got these wonderful new crafts that are, in some agencies, treated like a service provider to the core creative team.

LBB> The big impact that this has is on recruitment, particularly when it comes to young people just getting into the industry. What I’ve seen it seems like we’re in a bit of a confused time because a lot of grad schemes are still quite traditional in what they’re asking for and it’s questionable whether colleges or universities really understand the requirements of the changing industry.

NB> I think there probably is a disconnect between the impression that young students particularly in ad schools have around what the demands are going to be of them in agency life. It’s probably because everything is changing so rapidly. But having said that, a young smart creative individual who is interested in great ideas will flourish in an environment where they’re able to collaborate with a bunch of other people who are equally motivated by creativity. That’s why it is so important to break down barriers. If you provide people with the experience they need working across a lot of disciplines they’ll grow into a well-rounded creative person. The challenge comes when people become entrenched in the idea of there being an elitist group of people who own ideas and everyone else has to rally round them.

LBB> You’re also on the SheSays panel at Eurobest this year, so I wanted to touch on that. Isobar sponsors the She Says awards. From an agency perspective, what has Isobar as an agency got from that relationship?

NB> Initially it came about through a couple of individuals within our creative team, who are passionate supporters of SheSays, and I’ve known Laura Jordan Bambach and Emma Sexton for a long time. I think what they’re doing is fantastic. I think there is a genuine issue in agencies around diversity, not just gender but across all groups. I don’t think it’s a conscious bias but I think as in many organisations the influence around unearned privilege of the dominant majority of white, Anglo-Saxon, heterosexual males and I think we should at least as an industry be conscious of it and be talking about it. One would hope that we’re taking steps to address.

LBB> The name of the panel is ‘Feminist Male Creative Directors’ – is it something that agencies have to actively work with their creative directors on or is it a generational thing that’s changing naturally?

NB> I think agencies need to be aware and thinking about the influence of unconscious bias. I don’t necessarily think agencies need to be enacting policies around recruitment but certainly some training conversation is important. Because of the way that work is evaluated and rewarded in an agency and because of the way people's careers are dependent on the ideas that they generate, sometimes it’s the person with the loudest voice who prevails. Even the way that ideas are generated and discussed within the context of a brainstorm can create a kind of unconscious advantage for the dominant personality. It’s an interesting phenomenon to observe that in entry level and mid-level creative teams there’s a fairly even split of individuals, but when you get to senior levels that changes. That’s been the same for a long time and I’m not sure that is changing and that’s why we need to be talking about it.

Check out Nick Bailey’s talk ‘Ideas Without Limits – Discovering the Power of Invention’ this afternoon at 17.30 at Eurobest, Finlandia Hall, Helsinki.