Isobar Puts Lyrics in a Bottle for Coca-Cola Summer Campaign 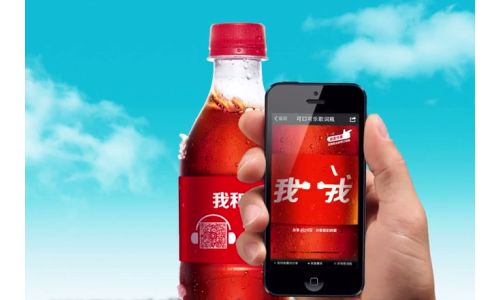 Coca-Cola has launched its latest summer campaign in China using a new song ‘Lyric bottle’ conceived by Isobar.  The campaign puts lyrics from some of China’s most famous and best loved songs on Coca-Cola packaging.  In addition, each bottle allows people to scan the lyric to share a short clip of the same song in social media.

These animated musical clips, designed specifically to be shareable in social media, are a whole new way to consume music – the shareable musical soundbite.  Isobar is calling these new digital objects ‘Musicons’ (for “musical emoticons”).  Every Lyric Coke bottle allows the drinker to share the relevant Musicon clip that relates to the lyric on the bottle. 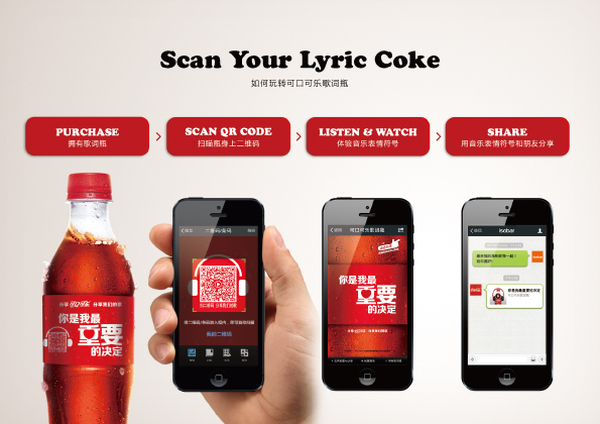 Isobar were tasked with the job, following the phenomenal success of the Coke Nickname campaign from 2013 and chose to focus on music as a catalyst for sharing a Coke.

Rohan Lightfoot, Managing Director Isobar Shanghai, said: “We have a long track record of success with Coca-Cola in China, but we think this may be some of the best work we have ever done.  The chance to play with something iconic as the Coke bottle and use one of the world’s most famous pieces of packaging as the launchpad for an entirely new digital experience is kind of surreal.  It absolutely represents our belief in creating ideas without limits.”

Stephen Drummond, Senior Director of Content Excellence, iMarketing and Design, Coca-Cola Greater China & Korea, said: “It was a real challenge, a difficult second album if you like.  An Effie Grand Prix winner is a hard act to follow. We loved the way that Isobar created a digital based idea that was a worthy, if not better follow-up to last year, developed as an experience that flowed seamlessly from the packaging into digital and social media.”

Tim Doherty, Chief Creative Officer, Isobar China, said: “By putting song lyrics on Coke bottles and cans, we’ve made the product itself a vehicle for self-expression. With this campaign, people in China can signal how they are feeling by sharing a Coke with the juicy heart of a song on it. As a concept, Musicons are to songs what tweets are to blogs. Sometimes a soundbite says it better.”

Above the line work for the campaign was produced by Leo Burnett.