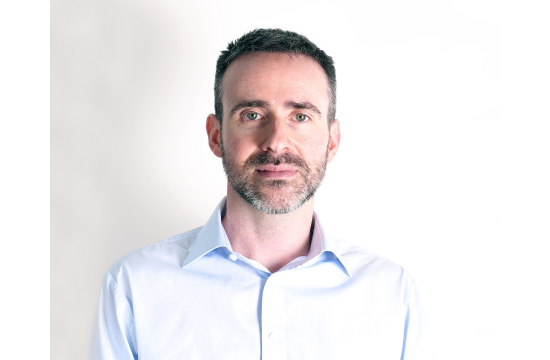 Nick Bailey, the Executive Creative Director of Isobar, has been named CEO, succeeding Penny Herriman who moves to a new client position as Global Brand Director of the fashion business Boden. In his new role Bailey will retain responsibility for the creative output of the agency.

Since 1998, Bailey has built an international reputation as a strategic creative leader, joining Isobar in March 2013 from AKQA where in his most recent role as ECD in Amsterdam he drove five-fold growth for the agency and earned recognition by Adweek as one of the world’s top ten creative minds in digital.

Isobar has further strengthened its UK management line up with two additional executive appointments. Mark Cranmer, Isobar Global CEO, also becomes Chairman of the UK agency and Mike Mulligan, the EMEA Operations Director, joins the UK management board in the new role of Commercial Director in addition to his EMEA responsibilities.

Commenting on the promotion, Mark Cranmer said, “Nick is an inspirational, infectious and natural leader. Having a globally recognised creative professional take charge of our business here is a clear statement of our ambition and intent for the long term, as we build a strategically driven creative business at the heart of the Dentsu Aegis Network. I am delighted to be formally joining him on the UK executive as we drive our business forward.  I also want to pay tribute to the magnificent work that Penny has done in our UK business over the last 28 months.  We now have exciting momentum and a great client portfolio.  We all wish her well with her new role at Boden.”

Commenting on his new role Bailey said: “I’m delighted by the opportunity to lead this incredible agency. The team I have around me in the UK and through our global network is second to none. The potential for this business is enormous and I’m looking forward to building on the agency’s recent success with a continued focus on creative excellence.”

Isobar UK is currently 170 individuals and operates as part of the 1500 person UK Aegis Group.  Isobar is in 36 markets globally with 53 offices, comprising of 3000 people.  Its Key UK clients include Kellogg’s, Toyota, Scottish Power, Danone, Autotrader and Google.

Commenting on her own new role, Penny Herriman said: 'I have had an extraordinary time here at Isobar. We've built up a great team, attracted some amazing talent and aggressively grown the business. I am proud of the success we have achieved.  I’ve been offered a new role and challenge that I’m really excited by. I’m delighted to be handing over to Nick, to see the company make this commitment to creative leadership and to build on the momentum we have created'
Bailey formally takes up his new position in September on Herriman’s departure. The pair will work alongside each other in their current roles until then.