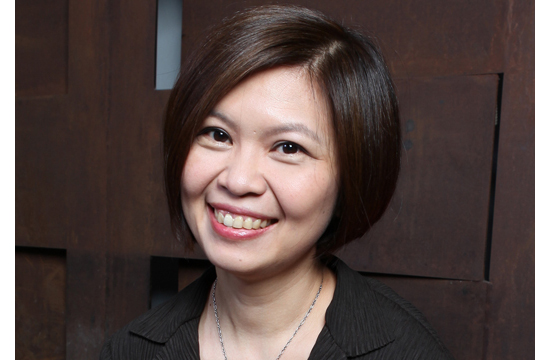 Jean will continue to be based in Shanghai and retains her responsibility for Isobar in Asia Pacific, as a member of Dentsu Aegis APAC Executive Board led by Nick Waters. Jean is also appointed to the Network Brand Board with immediate effect ensuring Isobar continues to have a strong voice as a priority network within our organization.

Jean’s promotion follows the appointment of Mark Cranmer to the role of Chairman of Isobar.   In his role as Chairman of Isobar Mark will support Jean in the first months of her role, ensuring continuity and a smooth transition. Mark has decided to then step down from the leadership of Isobar and he will leave the company at the end of June 2014.

Jerry Buhlmann, CEO Dentsu Aegis Network said:  “Jean is one of our most talented leaders and I am delighted to appoint her to the role of Global CEO Isobar.  Jean’s appointment is the natural next step, having made stunning progress in developing her own business, and then Isobar, across Taiwan, China and the Asia Pacific region.  Under Jean’s leadership in Asia Pacific Isobar has become one of the most awarded digital agencies.  Jean will bring her own creative talent, integrity and energy to the role and I know has ambitious plans for Isobar going forward.

“I am pleased that Mark will be staying as Chairman of Isobar to ensure a smooth transition to Jean, before he leaves the business at the end of June 2014.  Mark has served the company brilliantly for five years and made an enormous contribution to many parts of the business, not least in building Isobar into the competitive network within Dentsu Aegis Network that it is today.  We wish Mark all the best for the future.”

Jean Lin, Global CEO Isobar said:  “Under Mark’s leadership, Isobar’s entrepreneurial spirit has helped the business evolve significantly to become a truly global and collaborative digital agency without borders.  With the depth of our digital technology, coupled with our consultative skills, Isobar is poised to leap forward in the post digital world. I am thrilled to have the opportunity to build on our success and drive Isobar forward globally.”

Mark Cranmer, Chairman Isobar said: “After five years, with the business going from strength to strength, I’ve decided that now is the right time for me to hand over the reins to Jean.  Jean has always been a visionary and pioneering leader, and having played a pivotal role in the Isobar leadership team, there is no one better placed to take the agency to the next level.  It’s been a fantastic journey working with such committed and passionate people at Isobar, and previously at iProspect, and I feel fortunate to have played my part in growing Isobar into the global, digital agency it is today.”