Isobar APAC Celebrates at Agency of the Year Awards

Awards and Events 457 Add to collection 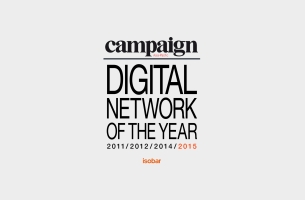 On Tuesday 8th December, after Isobar China Group’s success, Campaign Asia-Pacific said : "The digital landscape—the driver of much of this reinvention—was marked out as Isobar’s territory, as it cleared the board of all three Gold's plus the regional gong. No other digital agency won more than one award, but that same theme of determined evolution united the field. Well done Jean Lin and all the Isobar offices.”