Is Vietnam on the Verge?

Trends and Insight 840 Add to collection

Vietnam's advertising industry could be close to blossoming... but when? 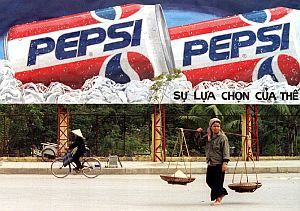 Advertising and communism make strange bedfellows. Thinking about it, they seem almost mutually exclusive... but 20 years after the USA lifted its trade embargo on Vietnam and the western products started to flow in, advertising is starting to take real shape. Little Black Book’s Jake Otley dives into Vietnam’s adland to see whether this promising nation is really ready to rock.

In 2005, Goldman Sachs investment banker and economist, Jim O’Neil, put together a list of the ‘Next Eleven’ countries he felt would break into the world’s largest economies. Just over a decade later, and some of the so-called ‘N-11’ are flying high; Mexico, Indonesia, Turkey and especially South Korea have all got a shiny star from Mr. O’Neil.

However, other nations’ progress has been slower. In particular, Vietnam is at risk of being demoted to the back of the class. The Southeast Asian state has a population of over 90 million, and yet has the smallest GDP of any of the ‘N-11’. ‘Must Try Harder!’ is surely O’Neil’s 10-year report on the Vietnamese economy. But, despite this underachievement, certain sectors could be due a boom.

‘So much is happening in Vietnam – you can even get Churros here!’

For a nation that is more synonymous with conflict than creativity, Vietnam is slowly starting to embrace a rather surprising industry – advertising. The very concept of advertising can be confusing in a supposedly communist state, and propaganda and state-censorship still exists throughout Vietnam. Plus the complexity and standard of most campaigns are obviously still far from the standards of the free-thinking creative worlds of Soho or Madison Avenue - but things are changing.

In truth, everything in Vietnam, not just advertising, is evolving at an incredibly fast rate. Carlos Camacho, ECD of MullenLowe Vietnam, the country’s most awarded creative agency, explains: “So much is happening in Vietnam – you can even get Churros here! It sounds stupid but it’s a simple example that shows the internationalisation that is arriving in the country and all the new influences and experiences that are opening new doors to the Vietnamese.

“Everything moves and changes so fast here. One day a shop could be selling coffee, and then the next it’s suddenly a shoe store. There’s a real dynamic atmosphere that you can feel throughout the country.” 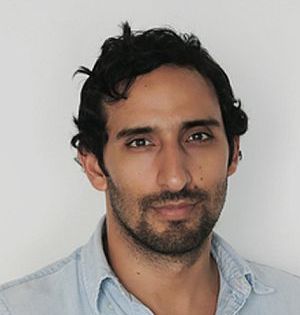 In the midst of this rapid evolution, creative thinking in Vietnam has begun to take shape. In 2014, MullenLowe Vietnam secured the country’s first ever Gold award at the Cannes Lions, one of only four Golds won by the entire Asia Pacific region in the global press category, for Unilever’s OMO ‘Versus’ print campaign.

New ground has been broken in Vietnam, but there still remains one key barrier to further success, as Carlos continues: “Advertising in Vietnam is still under construction. The basic concepts are still very new to the local talent and they are in the process of learning the skills they need, so when you’re teaching them you have to be flexible...You must give them permission to fail. By doing this, local talent acquires the confidence they need to start coming up with bolder ideas; frankly, it’s amazing what they’re capable of.” 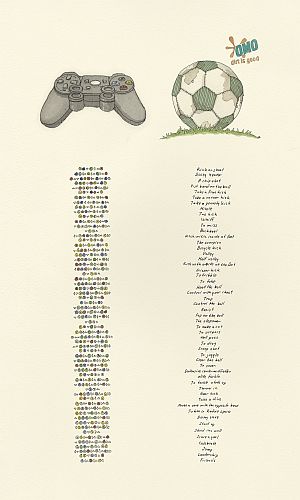 “We need to convince them that it’s okay to do something mildly uncomfortable and original.”

Despite the capabilities of Vietnam’s young creatives, some feel that a true local flavour and style is some way off. David Smail, Chairman & ECD of BBDO Vietnam, says: “What tends to permeate most communications is inauthenticity. Most of the work still seems so manufactured. Brands are trying to talk too much about themselves in a 'look at us and what we can do for you', rather than a 'here's what we believe in, hope you like us' sort of way...We need to convince them that it’s okay to do something mildly uncomfortable and original.”

In terms of this inauthenticity, Carlos agrees: “I don’t think Vietnam has a representative genre yet. The industry still hasn’t entirely found its own voice. Advertising here is still at a very functional and straightforward level, but this of course means there’s a lot of room for improvement.”

Smail is positive for the future too, but, having spent nearly 20 years immersed in Vietnam’s adland, he knows the country has under-performed. “Vietnam has been called the next best thing so many times while I’ve been here that it’s gotten into the ‘always the bridesmaid territory’.”

In essence, Vietnam is a great land of opportunity, but few have cashed in completely. Johan Soens, Business Operation Manager – Vietnam for regional production company, Shooting Gallery Asia, believes Vietnam is still on a steep learning curve. “The whole country is still catching up,” says Johan. “The creatives here aren’t as creative as in other countries because they’re still learning; clients often don’t focus on quality because they simply don't know any better; and ads are offered to an audience who simply aren’t used to advertising.”

“In the future, the Vietnamese ad industry will have its own veterans who will have a thing or two to say on the world stage”

There is a clear gap between Vietnamese advertising and other more developed nations, but agencies and creatives in the country refuse to stop trying. Vietnam, as Carlos Camacho explained, is ripe for change and development, but though the talent is there, too few have fostered this talent effectively.

Jordi Sole, Executive Producer at MullenLowe Vietnam, feels that despite these failings, the atmosphere in the country is very positive. “Vietnam is blooming," he says. "There’s a great energy flowing around and that optimism is quite the contrary to the feeling in places like Europe, for example. Local talent in Vietnam is young, positive, well-educated and willing to take over.”

Dozens of western-based creative agencies have opened branches in Vietnam, but most are still led by foreigners. Leo Burnett Vietnam is one such agency, but they have stayed committed to unearthing talent from all over the country. Abhijit Das, Chief Strategy Officer, explains: “Leo Burnett is busy pulling the industry and paving the way for the local talent to give Vietnam a voice in the global landscape of creativity. In the future, the Vietnamese ad industry will have its own veterans who will have a thing or two to say on the world stage.” 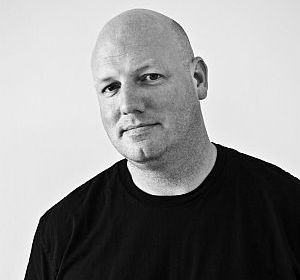 “What separates this market from Thai advertising is the general tendency not to want to turn the camera back on themselves, which is strange for a society that loves selfies as much as it does.”

However, with the talent apparently there, it can be frustrating for those inside the industry to see Vietnam routinely come up short. The country could look to regional success stories like Thailand or Singapore for inspiration, but there's still some way to go, as David Smail believes. “What separates this market from Thai advertising is the general tendency not to want to turn the camera back on themselves, which is strange for a society that loves selfies as much as it does. The advertising in Vietnam tends to still exist in this perfect 'whiter than whites' aspirational ad world – and I genuinely think consumers see through it,” he says.

For Johan Soens, who worked in Singapore prior to setting up shop in Ho Chi Minh, the distance between the two remains vast. “When places like Singapore were booming, Vietnam was only just starting out. But, proportionally speaking, Vietnam has so much more potential than Singapore and because they have leap-frogged some of the old redundant technologies, and gone straight into the digital and social media world, I would say that their new media departments really aren’t that far behind places like Singapore.”

At present, every Vietnamese industry is going through an accelerated process of daily evolution, and although there are barriers to reaching the levels of their Asian neighbours, many believe it is simply a matter of time. Saby Mishra, CEO of JWT Vietnam, says: “As far as consumerism goes, Thailand had almost a 50-year head start over Vietnam. This coupled with the confident expression of Thai-ness has had a longer runway to grow into the idiom and craft we see today. Vietnam, on the other hand is a white space market and its best years are still ahead.

“Vietnam is still relatively new to consumerism," he continues, "albeit a future star with all the key ingredients: a vibrant consumer market of 90 million people, fired-up by tremendous entrepreneurial energy. It is a country with an agonising history followed by a dramatic modernisation program and a unique cultural leitmotif. Vietnamese advertising is growing up.” 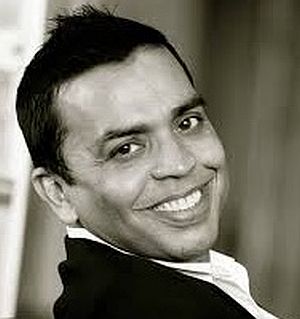 Regardless of the maturing process advertising is going through, it’s fair to say that Vietnam is far from reaching the fully-formed levels of their Thai neighbours. And it may be some time before they do, despite Mishra and other's positivity. But Vietnam does have one attribute that could well indeed match or even surpass their regional competitors, namely some of the world’s finest production locations.

“Reputation is holding us back. But the good thing about reputation is that it can be changed.”

From the mountainous north-western Chinese border to the incredibly lush and fertile rice patties of the Mekong river to the south, Vietnam has every possible location covered, and, anecdotally, Vietnam is proving an increasingly popular destination for Australian and Kiwi agencies thanks to its cost effectiveness. What’s more, the country remains underused, fresh and original, and many are hoping that this fact will drive more foreign productions into the country.

France Nguyen, Business Development Manager of local production company, Clubhouse Films, says: “Vietnam boasts a huge range of locations that can cater to any type of shoot. Mountains, jungle, colonial architecture, modern cities, sand dune and 3260km of coastline. Foreign production teams are always delighted by the authentic experience they can find in Vietnam; it’s a truly unforgettable place to come and shoot.”

The allure of Vietnam has gone as far as capturing the interest of major blockbuster films, and shooting has just wrapped this March for Kong: Skull Island, a 2017 reboot of the King Kong franchise starring Tom Hiddleston, Brie Larson and, presumably, a massive ape.

“International productions need to know that Vietnam has everything they need and more,” continues Nquyen. “Currently, reputation is holding us back. But the good thing about reputation is that it can be changed, and the success of King Kong will show the world that Hollywood can come to Vietnam."

Ultimately, advertising and production is growing and evolving at a tremendous rate, and like all evolution much of the progress has come from trial and error. It’s pointless to say ‘watch this space’, as many have said it over the years, but with Hollywood and Hiddleston arriving, along with the Gold Lions, Vietnam could one day be the bride rather than the bridesmaid.