Is This Cake Actually an Ad?

Creative 240 Add to collection
Nat Resende, creative director, at BBDOMPLS is using baking as a way to relax her workaholic tendencies during self isolation 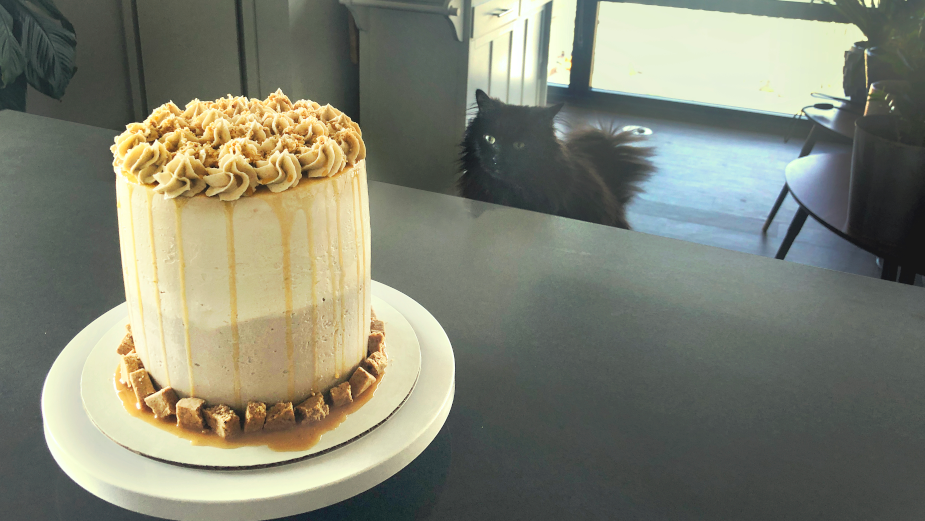 Is baking just another form of advertising? The method and final bake parallel the process of concept to final ad, something which BBDOMPLS creative director Nat Resende has realised whilst baking her way through Covid-19 quarantine.

I’m standing behind my kitchen island staring at a slightly crooked three-layer chocolate coffee cake filled and frosted with salted caramel buttercream. It’s a sunny afternoon and the Minneapolis air hangs cold and crisp outside. Inside, the cake and I share a sunshine beam that cuts across the kitchen and into the living room where Sushi, a fluffy stray cat I rescued as a kitten lays lazily and blissfully unaware of the global pandemic.

I baked this cake while in quarantine. It’s only me, my partner who lacks a sweet tooth, and Sushi in our apartment. As I stare at it, I can’t help thinking why on earth did I bake such an enormous and indulgent cake right now?

The simple answer would be I baked it to occupy my mind and to fend off my rising anxiety levels during such uncertain times. The real answer might have some percentage of that too, but to be honest I’m starting to believe that I bake cakes because I’m a raging workaholic and cakes are just a different format for creating ads.

If there was ever a brief for a cake ad, here it is:

We’re in the business of homemade, personalised - sometimes not very good - cakes. We try our best.

Most birthday cakes are indistinguishable. There’s the chocolate one, the vanilla one and here and there you’ll stumble across an easily forgettable coconut one.

Monica is having a party. A party calls for cake. We must make the best cake.

Primary: Monica, who doesn’t like sweets. We must cater the cake to reach her.

Secondary: Everyone in the world because who doesn’t like cakes? (doesn’t this feel as narrowed down as most of your briefs?

A non-sweet cake that Monica will like but that will also satisfy Monica’s birthday party guests.

A party without a cake is just a meeting. *

And don’t forget to have fun with it.

This homemade advertising ad starts with brainstorming flavours that once sold to the client (Monica), will go into production. 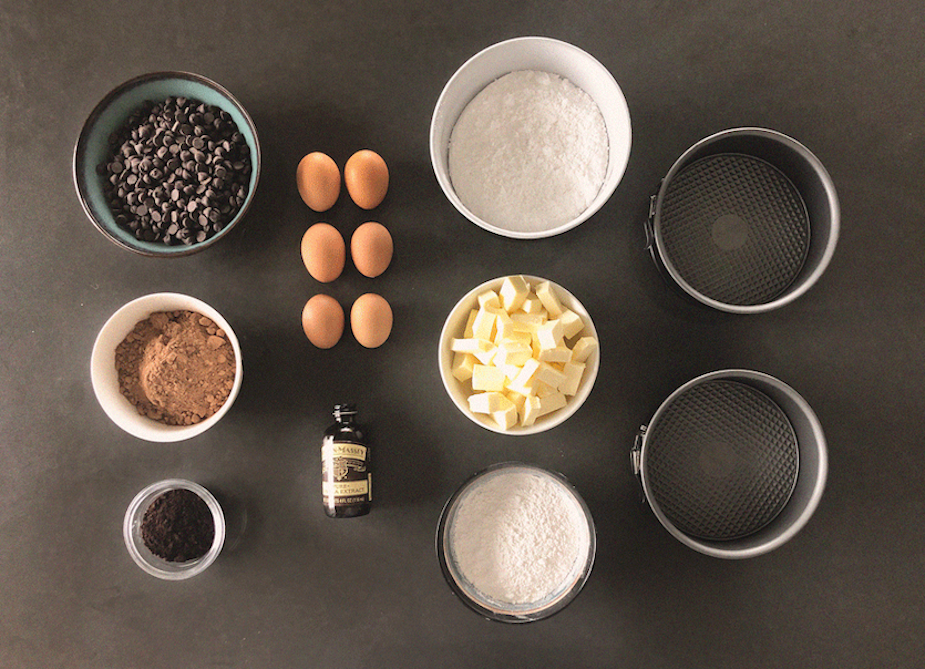 Existing assets will make production more efficient, so we use eggs and butter from the fridge. But the milk is low-res, and we find an organic partner to produce new milk for us.

Production does not go smooth. The director oven is temperamental and its mood swings between too hot and too cold, so we have to take it aside and have a conversation where we reach a middle ground that doesn’t necessarily feel like a compromise. The batter thrives, and the cake rises. 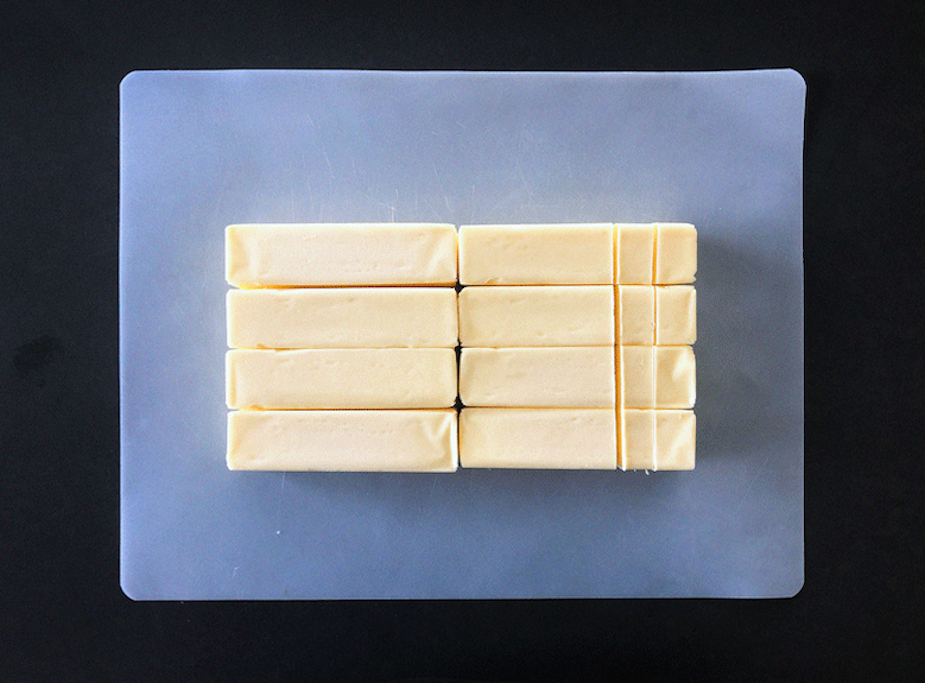 We wait for the cake upload to cool down, and then post-production takes over.

As with edit, it’s important to explore the possibilities of your cake fillings but to be careful not to go overboard with flavours and present the client with too many choices that will overwhelm them.

As with edit, it’s important to explore the possibilities of your cake fillings but to be careful not to go overboard with flavours or overwhelm the client with too many choices.

Regularly bringing cakes to the office taught me that if I try lots of unfamiliar flavours people will be more reticent to take a bite. But when I mix in the unexpected with familiar flavours they eat it up faster than a client takes to ask how many :15 cutdowns they’re getting out of this production. What was so good about that almond cake, you ask? It was the love I put into it. And by love, I mean cardamom. 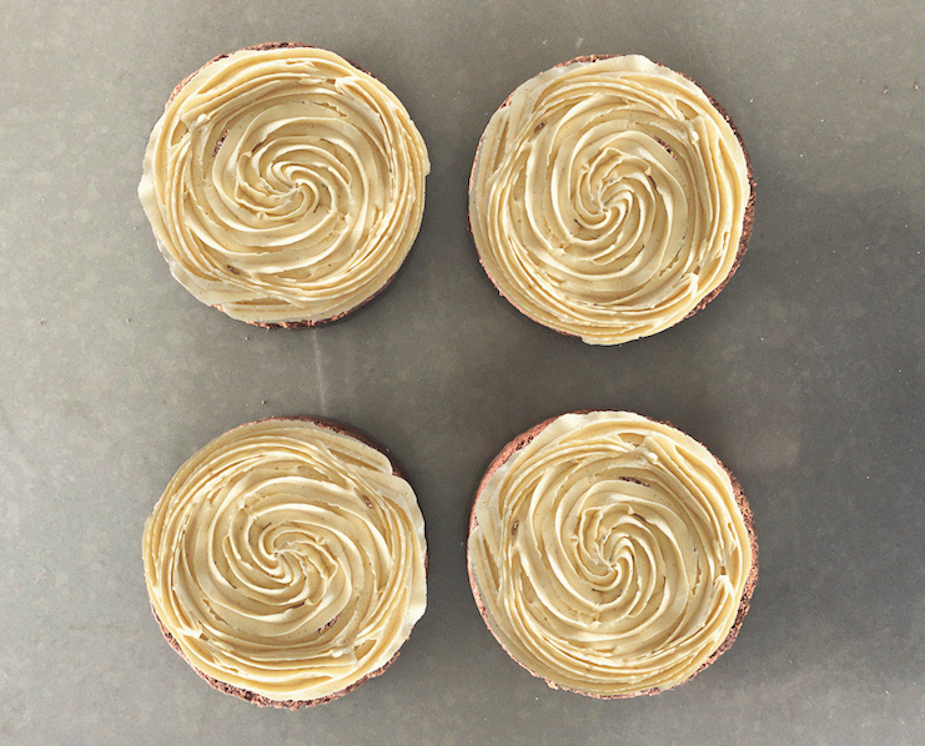 VFX and conforming are a labor of love, and patience. The cake goes back and forth from fridge to kitchen island as it gets embellished one buttercream coat at a time, until it’s cleaned up enough that even your ECD can’t pinpoint holes on it. Monica’s raspberry cake is a sharp C2%, M84%, Y12%, K5%. The art direction comes to life with a minimalist look composed of white marshmallow squares, white chocolate malted balls and white yogurt covered with decorative pretzels.

The copywriter steps in and suggests throwing a dust of freeze-dried raspberries on top to bring the concept to life. The art director begrudgingly accepts. The work looks better with a pop of red.

‘No cherries were used in the making of this cake’ is added as a disclaimer because… legal.

Media is fulfilled and learnings come back quickly. Feedback was good. Monica’s guests smiled as they saw the cake. Some interacted by taking pictures so they could remember what it looked like. Monica’s raspberry cake with lemon buttercream review: “I like that it’s not too sweet!”

The brief was executed well, and the cake was a success. With our jobs done we went home. And at home we stayed as we received mandatories to work from it until further notice. 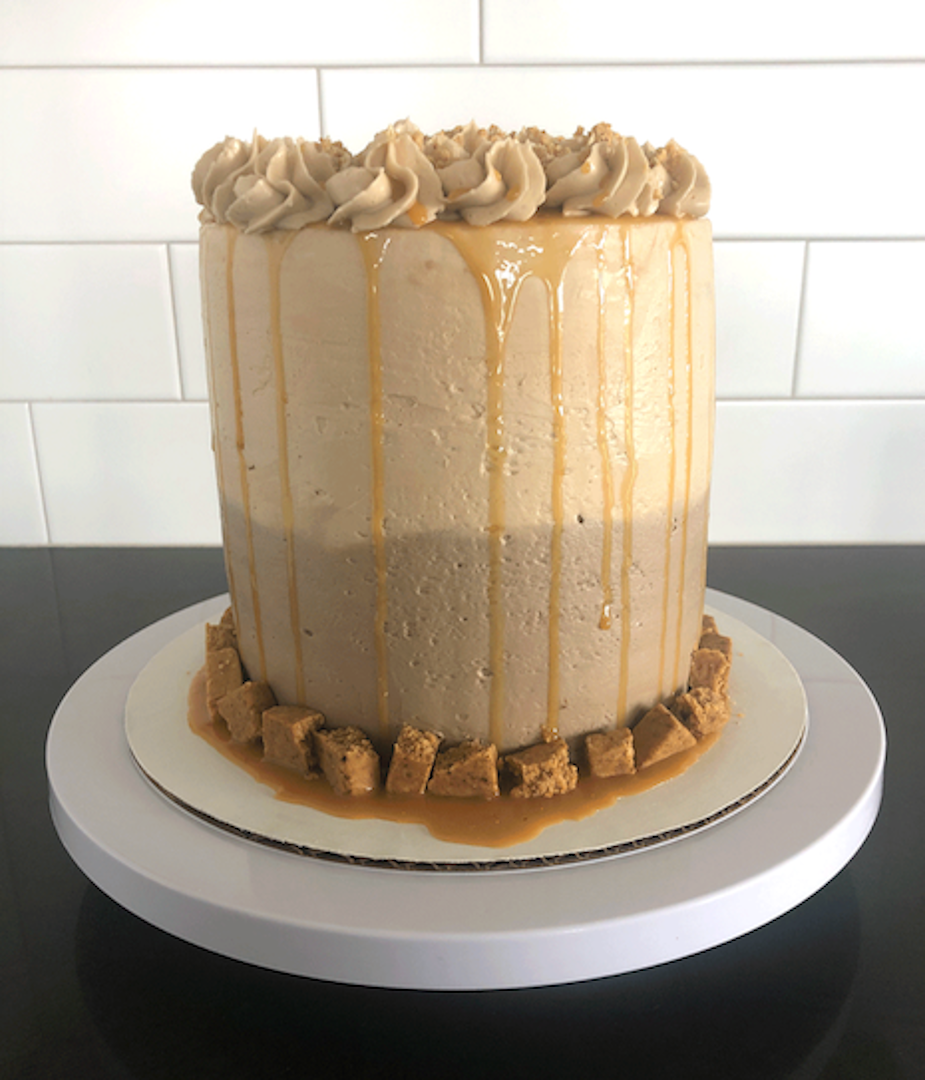 Twenty-five quarantined days later I stare at this chocolate coffee salted caramel cake on my kitchen island. The poor cake doesn’t know there are no co-workers or friends around to eat it. From the cake’s perspective it’s great knowing it won’t be eaten alive, but it will also never fulfil its purpose.

As I spiral down into my own purposefulness I think of when I first started baking. I tried following my aunt’s recipe (she’s a professional baker), and I failed not one, two or three times. It took baking 27 cakes for me to figure out what I was doing wrong. TWENTY-SEVEN FREAKING CAKES! Hey… yes, I’m kind of dumb but it’s a century old recipe that uses boiling milk as a rising agent and I swear that thing has a temper!

Much like baking and assembling a cake, making advertising is harder than it seems. It looks fun from the outside (who has never heard ‘Oh so you’re like Don Draper’ before?) but on the inside, advertising, like any other specialised career, requires years of patience to learn, an array of skills to master, tough skin to handle the constant rejection of ideas, resilience to sell good work through layers of clients, and expectations that need to be managed at all times considering we’re always looking for the next bigger shinier thing… like the 16 tier piña colada cake I once baked for my friend Anna. Talk about a learning curve!

Like in advertising, failing is essential to make better cakes. And while I got better with practice my bakes are still far from perfect. Truth is this cake is perfectly fine for everyone else, but for me and all the ad people out there, the idea is good but it wasn’t executed properly. Paul Hollywood would say: Yer cake is actually a brownie. It’s a good brownie but a bit dense and overcooked, you probably overthought it.

But, as I stared at my flawed cake, I finally realised I didn’t bake it solely to counter my anxiety or to continue working. I baked this cake because I am creative, and so I need to keep creating. Baking this cake validated, in a very twisted way, my career choice. Thank you cake! I might eat you now, you know, so I don’t deprive you from fulfilling your own career path.

Regardless of how creatives choose to create in these dire times… if knitting a giant quilt, or making up new lines for The Office episodes while eating party size Nacho Cheese Doritos from the couch (is it just me?), or creating new uncoordinated dance moves with the kids, I hope our collective creative outlets not only serve to fend off our anxiety, but end up providing much needed personal joy in the process. As for me, I realised the joy is in having advertising as a career while getting to eat the cake as a side kick.

*I stole that from Julia Child 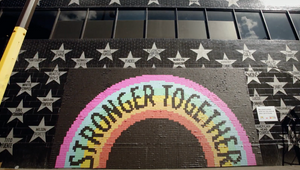 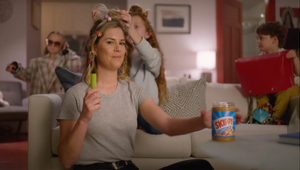 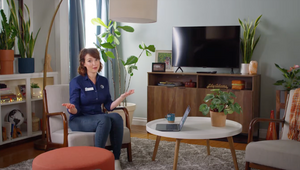 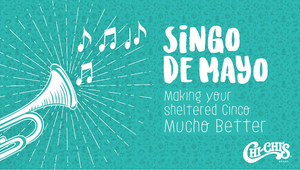 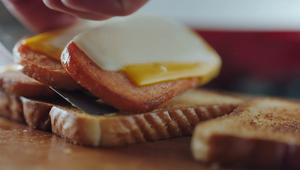