Is The ‘Don Draper Spirit’ Still Alive in Today’s Adland?

Trends and Insight 739 Add to collection 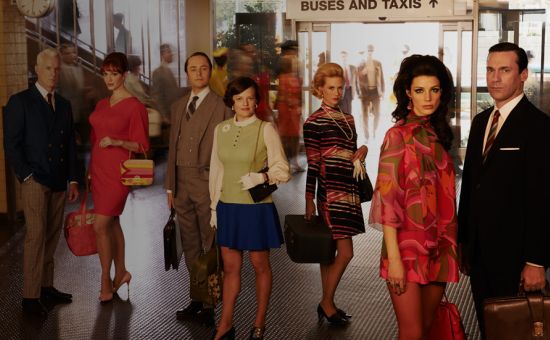 This week the TV series that made the ad industry cool again in the eyes of the public came to a close. Over the last eight years – series one debuted in 2007 – Mad Men has tackled themes such as depression, adultery, sexism, racism, ambition, change, birth, childhood, motherhood, fatherhood and death. Sitting at the centre of it all was the glorious, heady world of 1960s advertising.

But has the act of shining a light on the advertising industry been a positive thing? And is the ‘Don Draper Spirit’ still alive today? LBB’s Addison Capper spoke with global ad folk from DDB, Wieden+Kennedy, TBWA, Cutwater, Geometry and Naked to get their view.

I believe Mad Men is first and foremost a great drama which happens to play in adland. It did a great job of bringing back the glance and the spirit of our industry back in the day. It also made clear that we, as an industry, have the talent and the power to create, demand and shape culture and also connect people with brands.

If you would define Don Draper's spirit as the ability to be a true partner to clients by solving their problems and creating great solutions, then yes. Keeping in mind, Don Draper wasn’t a great creative. The ad lifestyle is different now vs. in the 60’s but the industry is still one of the most interesting ones out there.

Mad Men invites us to contrast the surface glamour of its aesthetic with the unhappiness of its characters' interior lives. The world of adland, which is depicted as superficially glamorous but ultimately soul-destroying, provides an appropriate cultural lens through which to view this contrast.  It's attractive to watch, but not a world that many would want to live in. Positive? Hardly.

Don is friendless, loveless, joyless. He seems to have no fixed values or morals. He's a twice-divorced alcoholic who hates his job and his life. He's defined by disaffection and anhedonia.  What spirit does he have that could possibly survive him?

In reality, the Mad Men days have long gone. That’s clear to anyone - advertising industry or not - by the constant drinking, smoking and blatant sexism of the office environment. But, more specifically to our world, it highlights just how much has changed: it was an era when clients didn't have marketing departments and the answer was TV; now what’s the question?

Don Draper undoubtedly has style and creative flair, and that certainly still exists in today’s industry. But on a personal level he is an utterly destructive, lonely, dysfunctional soul. Much of the show’s ingenuity lies in the way he is able to connect with human emotion so effectively on a professional level, yet fails completely when it comes to his own life. And I wouldn’t dare comment on how common that still is today…

Well, positive might not necessarily be the word that I'd choose. Mad Men certainly has gotten advertising and the ad world into more of the cultural zeitgeist. Was the portrayal accurate? To an extent, I'm sure it was (full disclosure: I didn’t enter the ad world until the early 2000s so there's no way for me to really know what the ad world was like in the ‘60s). Was it an accurate portrayal of how dark and moody our business can be? Pretty much. Was the portrayal sexy? Damn right it was. And because of this mix of fact and fiction, I'm sure that there will be an influx of young folks entering the industry.

So if anything, instead of positive portrayal, I'd say that Mad Men's public portrayal of adland was dramatically expository. In the most exciting way possible. And it's good for us.

Funny, I feel like I get this question all the time in some form or another from a lot of my non-advertising-Mad-Men-watching friends. The answer simply is ‘yes’. Rarely, but yes. Ad folks are complex, just like Don is complex. But when I think about getting to great work and the creative process we all go through day in and day out at our agencies, I've found that the best folks in the business - the ones I've had the pleasure to work alongside - have an uncanny way for breaking a business problem and a creative problem into its simplest parts. But then they take it further, and solve the problems through an understanding of the human truths that motivate us all. When Don was at his best, this is certainly what he did.

Mad Men is not about advertising in the same way that Green Wing was about the NHS or The West Wing was actually about the politics on Capital Hill. Therefore it’s probable that the series influenced consumption of Martinis more than the public's opinion about advertising. However as the adage goes, ‘there’s no such thing as bad PR’, although I’m pretty sure Max Clifford would disagree with that now. Of course most fans of the show would know that it was set in the advertising industry throughout the ‘60s and ‘70s, but I’m willing to bet none of them care. The hooks are the usual: sex, glamour, humour, love and power. In that regard it’s the same as The West Wing and Green Wing and any other hit or cult show. The only people interested in whether the setting is an ad agency are those people working in an ad agency.

As for the Don Draper spirit being alive: sex, glamour, humour, love and power – that’s every office I’ve ever worked in.

Notions of ‘spirit’ don’t necessarily come to mind when thinking of Mad Men, or indeed Don Draper himself. (Unless of course it is of the distilled variety...) Really what has been most pervasive throughout the series is a sense of innate predisposed purpose, an ingrained elitism – you’re either Don/Roger/Joan/Peggy, or you’re just not. Things simply come to you, or they don't.

What actually drives them is a sad unattainable longing; there is a balance at play - they have it all (but they will never know it).

So perhaps this ‘spirit’ is actually the ability to keep going in lieu of some distant idea of personal fulfilment.

In the real world – or indeed, ‘today’ – there is less potency in this idea of the ‘persona’; a fairy tale where the riddle of greatness can only be solved by those blessed with the answer. We traverse a playing field far wider than ever before, and so the competition is tougher.

The heady days of the ‘60s – or at least our rose-coloured view of it – forgot about the hard graft. Today, the measure of our worth is calculated on our willingness to give up our finite resources of time. To sacrifice. To strike difficult balances. To work bloody hard.

Perhaps, the only difference between then and now is that, whilst we can all be a Don Draper if we want, when we get there, we know it. Because we’ve worked our asses off, and we deserve it.

And that takes spirit.