Is The Ability to Write Well Becoming a Lost Art? 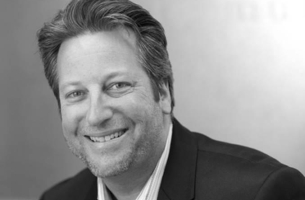 The other day my 13-year-old daughter responded to my “thank you” text with, “welx.” I asked, “Is that tech speak for ‘you’re welcome’?” She confirmed. A day or two later, she shared another abbreviated word she actually made up—“polly,” for I apologize. Deemed still too long, she said it was shortened even more to just “pol.” While not widely known, her friends are familiar with the slang term and have, in fact, adopted its use for themselves.

I imagine this is how new words are created and sometimes even become popular enough to warrant inclusion into the dictionary, as “sext” and “twerk” were added to the Oxford English Dictionary in June.

Some may argue whether or not this is a good thing, but there’s something much more sinister lurking underneath this—in today’s fast-paced world of instant messages, text messages and social media such as Snapchat, our youth is heading down a shortcut that may negatively impact their writing skills.

Research also shows this may be true. In 2012, the Department of Education published “The Nation’s Report Card: Writing 2011.” According to the study, only 24 percent of eighth and 12th graders were proficient in writing. In another survey of students, 64 percent of teens admitted getting lower grades on school work from using tech speak, and 58 percent agreed that their daily use of this shorthand makes it extremely difficult for them to write properly in school.

But the problem isn’t limited to tech speak or teens. This decline in writing proficiency may begin to take hold in middle school, when many young people get their first smartphone, but scholars and others believe it persists throughout academia and even into the business world. For example, in a survey published by the Association of American Colleges and Universities, 80 percent of the 318 employers polled said colleges should focus more on written and oral communication, indicating that those hiring for jobs today are seeing a weakness among candidates in this area. Supporting this thinking, a poll of corporate recruiters conducted by the Graduate Management Admission Council showed that 86 percent felt strong communication skills were a priority.

My degree is in writing, and I worked as a journalist for eight years before getting into public relations. In the world of PR, good writing is the bread to our media relations butter. If you’re not a solid writer, you really don’t belong in PR. Beyond basic grammar, spelling and punctuation (GSP) skills, you need to be able to write clearly and persuasively, and have a keen understanding of AP style, guidelines for news writing established by the Associated Press.

At my agency one of my responsibilities is to create writing tests for prospective new hires and grade them once completed. These can include a media story pitch, sample press release and strategic program, as well as an editing test in which candidates have to point out AP mistakes. Their scores on these tests—along with other typical benchmarks, such as previous experience, how they interviewed, and personal references—help us to determine if they are truly hirable.

Similar to other industries, many of our new hire candidates are Gen Yers who have recently graduated from college or have one or two years’ experience under their belts. What is surprising to me is that many of them have degrees from good schools, interview really well, and look great on paper, yet they still struggle to earn better than a “C” on our writing tests. While I can’t say I’ve seen much tech speak in their submissions, beyond general GSP and AP mistakes, I do frequently notice issues with sentence structure, unclear or ambiguous writing, redundant word choices and incomplete thoughts … all critical errors that cause us to question their ability to succeed here.

From what I’ve seen (and learned from researching this article), it seems like the ability to write well is becoming a lost art. This isn’t to suggest that the “pol” users of the world are all destined to become poor writers, but it will be important to protect the fundamentals of good writing while embracing contemporary communication. The two can happily coexist.