Is Perfectionism Holding Back German Creativity? 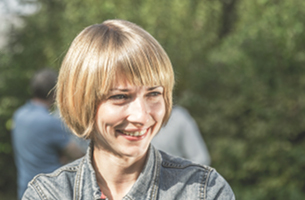 Poor Germans. We face so many clichés of different kinds: heritably punctual, over-correct and apparently the most insured country in Europe. Doing research on German habits gives a pretty precise picture of how we’re supposed to be. And honestly, there’s got to be something in the stereotype. It becomes visible that we are concerned people and we try to avoid risks wherever possible. Did you know that house owners are supposed to clear pathways in front of their houses by 7am in case of snowfall. (I remember myself doing this as well.) Otherwise they’ll get in trouble in case someone slips. This example of being pre-occupied of falling down can be easily transferred to advertising and the digital world.

Let’s observe the failure-concerned German. Avoiding risks doesn’t relate well to starting a business. This can be seen from two perspectives: seen from the inside out, taking the leap from a stable job to start into a new unpredictable future brings risks. In an Amway study of 2013, only 57 per cent of Germans rate self-employment as a positive thing, while Denmark leads with astonishing 89 per cent. From an outside-in perspective Germans consider starting an own business as ‘brave‘, even if it’s just freelancing. The image of the brave and insecure manoeuvres all the potential to the back seat.

When you take a look at the creative industry you can find amazingly inspired individuals and companies throughout the country. It’s not limited to Berlin. But when advertising enters the game, scepticism hits again; only a rough quarter of Germans find admen to be trustful people. As a nation we like firemen (at least 97 per cent of us say so), paramedics and of course nurses. But looking at the industry, we still see the biggest growing ad market in Europe. Compared to other Western European countries, the German ad market was pretty crisis resistant.

The disbelief towards advertising has repercussions for ‘digital'. Three per cent of German households opted out of Google Street view by having their homes blurred. While we do love our smartphones, we have hard times with Google and Facebook. Interestingly this isn’t valid for our service providers who are also having a jolly time in selling user data (even though the .de address gives us a sense of privacy). It’s hard to say if this is a typical German habit, but at least we tend to be prone to these irrationalities.

But gladly, scepticism and risk-avoidance don’t lead to standstill. The opposite is true: we’ve developed an urge to do things right rather than just for the sake of doing it. An example is the motorway toll for trucks that was introduced as a nationwide system in 2005. There had to be a way to make things more efficient and technologically advanced, so we created an entirely automated system rather than just stickers on the windshield. A true player is SAP, almost notorious for its unique large-scale system complexity, yet it is also known to be a right choice all the same.

So using digital to make products and services better hits tough grounds. Until now everything has been working fine. But what if situations x, y, or z occur? What could be the worst scenario that could happen? These might not be exclusively German questions of course, but from a daily perspective you’ll likely rather find a ‘Yes, but’ than a ‘Yes, and’. Especially in the digital world this kind of hesitation means eternity. PayPal founder Peter Thiel said once that Germany is pessimistic and cosy, while Silicon Valley is optimistic and desperate.

Are we digitally doomed then? Not at all. ‘Digital‘ has found its way out of separated unit playgrounds and its potential can be found throughout corporation. Now the time has come to define the digital strategy that brings things together and forward. Making things right seems to be well developed here. People who often do right things be ready to take some risks. They might be positively surprised.