Is Italy About to Experience a Digital Renaissance?

The digital slow coach of Europe is speeding up and startups are channelling design expertise into digital – though big brands remain cautious, finds LBB’s Laura Swinton 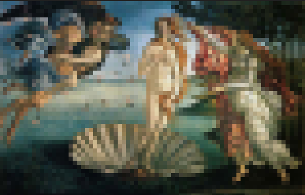 When we think of digital creativity hot spots around the world, the likes of San Francisco and Sweden might be the first to spring to mind. Think a bit harder and maybe the likes of Central and Eastern Europe, with its super-skilled coders and speedy Internet, might pop up. Or perhaps South Korea, with all that 5G mobile Internet and 21st century giant tech brands like Samsung or LG.

Italy though? Well, it’s unlikely to be in your top ten or even top 20. Internet speeds are slow and much of the country is still without broadband, and many design-led local brands have been slow to translate their creative vision online. But all that looks like it could be starting to change, as Laura Swinton finds out...

Getting Up to Speed

Italy is in a funny place when it comes to Internet infrastructure. The cradle of the renaissance has experienced quite a bit of lag when it comes to the digital revolution. Despite being the fourth European country to get online, there’s an aging and under-supported digital infrastructure. A report in 2014 by US consultancy Akamai found that Italy had the slowest Internet speeds in the EU. A European Commission report from 2015 found that only 21% of Italian households had access to high speed Internet (compared with the European average of 60%) And that lethargy seemed to be filtering into the human population – businesses lacked the will or confidence to adopt digital technology.

But that state of affairs looks to be changing. The Italian government took the terrible rankings to heart and promised to get things moving. They’ve invested over a billion euros in increasing basic coverage in rural areas and in 2016 Telecom and Fastweb partnered to build a fibre network, to reach 3 million people in 29 cities by 2020, costing $1.3 billion. As a result, Italy has moved a few steps up from the bottom of the table and the growth rate of average speeds and access to higher speed broadband is among the greatest in Europe. Adding some oomph to the country’s efforts, last year senior Amazon executive Diego Piacentini revealed he was taking a two year sabbatical from his job in order to help the government turn Italy into a digital powerhouse. Between 2015 and 2016, Italy jumped a whopping ten places up the World Economic Forum's global digital economy rankings.

All of this investment is, unsurprisingly, having a knock-on effect on Italy’s digital advertising scene. Paolo Torchetti, founder of Brand Portal, has seen a direct impact. “The level of Italy’s broadband connection has been fast improving in the last few years and this has contributed to an increase in investments in digital advertising,” he says.

However, despite these improvements, it looks like there is still much work to be done in terms of infrastructure and culture. Lorenzo Del Bianco, CEO and founder of DUDE, agrees. “I feel like crying, but yes. You’re so sadly right. I guess it’s not just about Internet connection (‘digital divide’ is slowly reducing) but above all about cultural habits. However, I’m really confident new generations – millennials, x, y, z, call them what you like – are going to definitely turn the tide. Yes we can, trust me.”

Business gets on board

Internet infrastructure may just be starting on a journey of improvement and some big legacy businesses struggling with their digital transition, but the startup scene is positively booming. The e-commerce sector, for example, saw 16,000 new businesses launch in 2016 – and there’s been an increase in such companies of 170% between 2009 and 2016.

Michela Bellini, Head of Isobar Italy, reckons this statistic shows that there’s a real sea change when it comes to businesses and brands adopting new technology. “This growth demonstrates how digital has become one of the key pillars in the Italian economy. As with the rest of the world, digital technologies are deeply changing the way of doing business in Italy. We can feel it evolving every day as consumer expectations and client requirements change – even small and medium companies such as deliveries JustEat, Foodora, Deliveroo, Forchet are flourishing with the opportunity that digital brings them.”

“In Italy, digital has disrupted food and FMCG, fashion, retail and tourism industries in particular. These verticals now use digital tools to do business every day, and many are active in the e-commerce space. As a result, Italian clients want an even more digitally focused approach, with data informing all advertising content.”

However, while some sectors are engaging, there’s a lingering divide between the innovative newcomers and pioneers and the bigger, more cautious heritage brands which have been stung by Italy’s economic struggles of the past few years, says Luca Quattrin, Creative Director, H-ART (part of the AKQA network).

“Italians have always been their own bosses; this is why I think the value of Italian creativity is in the existing startup ecosystem. You can find amazing ideas, services and platforms that contribute to developments like an entire sector growing healthy and going global (e.g. Yoox) and others waiting to be discovered. On the other hand, a lot of Italian companies, due to the critical economic phase in the last few years, aren’t inclined to change and innovate as they should. Business will get more complex, so agility and speed are key factors, but hard to achieve. Each part should take advantage of the other. Companies should partner with startups and young entrepreneurs to innovate and scale their businesses more quickly.”

The nervousness, borne of economic crisis, does mean that data-driven solutions and measurably effective strategies are popular with brands, adds Luca. “Italian brands are more interested in investing in creative solutions and new technologies when they can perceive a real impact on their business. In this scenario data is a bargaining tool. Thanks to the Amazon Effect, the road to explore non-traditional, data-enabled benefits is open.”

So brands are engaging with the serious side of technology – data, e-commerce and the like – but what about the more playful or creative side of things?

Italy’s reputation for superlative design across everything from fashion to automobiles to kitchenware must, one would assume, bleed into the realm of digital. Not so much, says Luca at H-ART… but things are changing.

“There are a lot of talented people who are applying the same distinctly Italian design and craft approach to brands’ digital services and products. The challenging part is that not all Italian brands understand that every digital experience has to be crafted without compromises in the same way as their physical products are, continuously, every day. On the other hand, people want the same brand experience regardless of the channel these days, which is good because it is something that industries can’t ignore. These two elements together are the key to boosting Italian digital growth. A lot of incredible firms are investing in Italy, and I expect this trend will increase.”

There are reasons to be hopeful, however. Michela points out that fashion brands like Trussardi or Calzedonia have used Italy’s ‘visual heritage’ to create polished online experiences. We’ve also seen Italians apply their design expertise to the Internet of Things field, whether that’s the Milan-based Habits Studio that last year joined forces with \QUANTUM in Japan or the first ever IoT sofa from architect Carlo Ratti. And there’s the local start up culture (of which, more later) which is bubbling with a creative and design-led approach to technology – a trend which many hope will inspire bigger brands.

For now, agencies are champing at the bit to play with new creative technologies but many clients’ marketing teams are not ready. Things like virtual reality and augmented reality, for example, are still seen as entertaining distraction rather than effective tools – and its agencies’ responsibility to change their minds.

“As professionals, I believe our mission is not to convince, but to prove, that they are an enabler of something meaningful, useful and delightful for our lives,” says Luca. “There are specific contexts, like the shipbuilding industry for example, that have been using similar technologies long since to increase efficiency in their processes, and the results are unbelievable. The challenge is to achieve the same results in other markets and contexts.”

Isobar has, similarly, been working with clients to acclimatise them to the technology and consider how to deploy it most effectively. But, ultimately, Michela reckons the biggest barrier preventing brands really going wild with these new toys is Italy’s old foe – its decrepit (if improving) Internet infrastructure.

If established businesses have been mixed in their embrace of digital creativity and digital design, the upstarts popping up all over the country have been wildly enthusiastic. As a testament to that energy, there’s no one concentrated start up focal point, no single silicon city dominating. Instead there are hubs all over the North and Centre of the country – Milan, Turin, Venice, Florence and Rome. The lower rents in former factory town, Turin, have nurtured a buzzing cultural scene, while in Venice, H-FARM has invested €24 million into startups and they are opening a new campus to serve over 3,000 students.

Michela has seen former colleagues launch digital startups and make real successes of them – the likes of Musement, Atooma and Musixmatch – which means she’s seen first hand how Italian creativity can enhance the digital sector.

So, when it comes to creative technology and digital, Italy’s story has had plenty of bumps and obstacles, despite its strong design credentials. There’s the economic turbulence and uncertainty that kicked off in 2008, leading brands to take a conservative approach to all things digital. The chronic underinvestment in the digital infrastructure. But that just makes the ambition and passion of today’s generation, combined with the huge government investment, all the more exciting. The country is finally beginning to realise its potential.

“Italian people are dreamers and doers – we always have been. Sometimes we forget it, but sometimes we excel,” says Luca. “Today we should just believe a little bit more in the limitless possibilities that the revolution we are living can offer, exactly in the same way we did during the Renaissance, where the awareness of human means and resources pushed the country’s growth and progress.”