Is It Hot In Here, Or Is It Rankin's Super Sexy X-rated Coco de Mer Film? 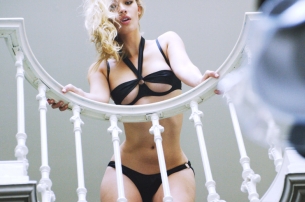 Coco de Mer has launched a compelling new film campaign, ‘X’: a collaboration between TBWA\London & Rankin. It aims to engage people in a new, liberated conversation around desire.

The campaign will run online and nationwide in cinemas with selected programming from today.

Photographer Rankin said: “What I loved about the concept was how it visualized the way in which we absorb information nowadays. It examines our appetite for visceral and engaging imagery, reflecting how we consume as quickly as a click. This film takes our obsessions and ramps them up to intense new levels. Rather than selling you a dream, we’re allowing people to feel like they’re in one, experiencing it live as they watch the film unfold.”