The Influencers 329 Add to collection

INFLUENCERS: After the blur that was 2018, Sid Lee LA ECDs Mariota Essery and Driscoll Reid look forward to a fresh new year 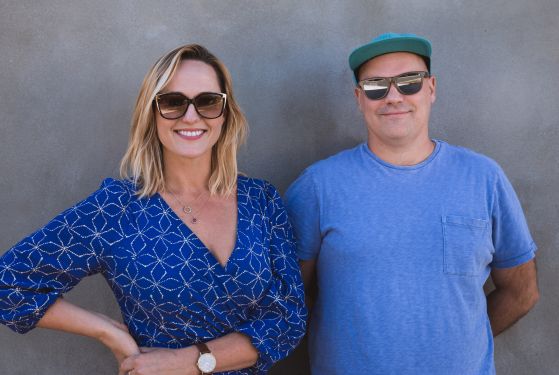 Crazy. 2018 felt like a seismic shift in advertising, especially here in Los Angeles, and we suspect in other places too. And more is definitely to come this year. Here at Sid Lee LA, we’re looking forward to it. Here are some trends we’re expecting, preparing for, and excited for in 2019.

Blurring of lines: It seems like 2018 was the year that traditional roles between companies within the advertising industry began to seriously blurrrrrrrrrr. Production companies were working with clients directly. Agencies became consultancies. In-house marketing continued to become more robust. It’s going to be even more so in 2019. It truly is the wild west (literally, here in Los Angeles) and it feels a bit like anything goes. Agencies need to prove their relevance to clients now more than ever, and that they can deliver a great product without a bloated process and workforce.

Yo, we can build that: Architecture? Yes, architecture. One of the greatest attributes, among many, that attracted us to Sid Lee was its unorthodox approach to creative problem-solving – for example, they created an architecture practice in Montreal (in 2009!), and the idea of physical structures works its way into many of our creative solutions. When you can present an experience, retail space or even a redesigned hotel in a unique way, and know you’ve got the goods to actually build it, it’s a nice arrow in the quiver. Plus, our LA office is smack dab in the middle of some of the most interesting architecture in LA, so it’s built into our subconscious.

This T-shirt is a statement: Consumers want to know where their dollars are going in this day and age. And if a brand decides that they want to take a stand, they need to be able to back it up. For The North Face, Sid Lee created the 'Walls Are Meant for Climbing' campaign and while it wasn’t overtly political, it let people know where The North Face stood on the matter. And it resonated positively. Of course, Nike did this to great effect too this past year. We’ll see more brands taking stands in 2019 and it will be interesting to see which ones work and which ones don’t.

Let us entertain you: For a long time, entertainment marketing seemed to live on another planet. They did their thing. We did our thing. Now with streaming services blowing up the industry and creating award-winning content everywhere you turn, how you market and promote it has suddenly become incredibly important. We’ve had opportunities to work on a few titles over 2018, with many more coming in 2019. It’s a lot of work, but simultaneously a lot fun to figure out new and more interesting ways to promote content. It’s a great palette cleanser creatively and doesn’t allow for overthinking and reflects how the streaming companies operate as well.

Be the speedboat: Our outpost here in LA is growing, but at the moment it’s a small place. It’s a tight group of doers who are all in it together. We’re definitely punching above our weight. And during the past year, it’s been to our advantage. When you’re small you can turn on a dime and it allows you to adapt to changes. There aren’t a lot of layers or hats being worn. With all the changes going on in the industry, it’s good to be nimble – even as we grow in 2019, we’ll keep that mentality going forward.

And finally, Culver City is the new Silicon Beach: Maybe this is too specific to Los Angelenos, but we’re having a crush on our home here in Culver City. It’s not the beach. It’s not Downtown. It’s the Goldilocks of LA, and it’s having a bit of a moment. It’s a great congruence of technology, entertainment and marketing, with a bunch of warehouses making soap and selling plumbing supplies mixed in. It’s a bit raw and unpretentious, with a feeling that anything can happen. Kind of the way Los Angeles is supposed to feel. 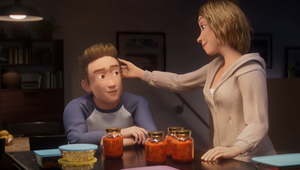