Is France the Home of Artisan Advertising?

Trends and Insight 466 1 Add to collection 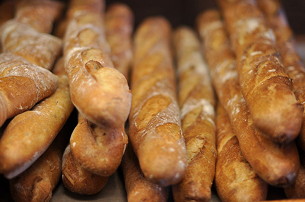 What makes French advertising so unique? The strict regulations around what can and cannot be shown certainly marks it out from other markets – no boozing, no gluttony and no hideous sales offer ads on TV combined with a paradoxically liberal attitude to, err, the human form means that you’re never going to mistake a French ad for an American one. But according to all bar one of the production companies and advertising agencies LBB spoke to for our Paris special, the key thing that makes the city’s output so different is neither the sobriety nor the full frontals – it’s the very particular attitude to craft.

For Jamie-Edward Standen and Mark Horgan, creative directors at Rosapark, the craftsmanship and attention to detail in art direction in Paris are striking when compared to their native New Zealand. Their office is housed in a former factory and their neighbours include all sorts of artisans from picture framers to piano makers to upholsterers, and that attention that permeates their work also reverberates through the local culture.

“The French, across everything, really value what things look like. From a patisserie to how you dress… It’s not in a shallow way, it’s cultural, and they do the same with their commercials. If it looks great and has a proper aesthetic it’s probably just as important as the idea,” says Mark. “We came from the opposite place – so maybe we brought something that they were lacking and we also learnt a lot too, particularly in terms of art direction.”

Some in the French market do tell me that they wonder if there is a bit of self-mythologising going on about the artisanal approach to advertising craft and production, and question whether this obsession with the savoir-faire of style means that it’s easy to ignore or overlook the genuinely good ideas that stem from local agencies.

“Every culture has their unique codes and conventions when it comes to film production. In France, we have learned to cultivate aspects of our cultural identity and art for commercial ventures. Although this may make us visually and aesthetically unique as each piece of work can be interpreted as a cultural expression, I imagine that our counterparts abroad use similar approaches to their productions. However, I wouldn’t say that it could impede ideas as long as we maintain an element of dynamism and always extend our vision beyond our own frontiers,” says the team at Chez Eddy.

DDB Paris Creative Director Alexander Kalchev goes further and suggests that the country’s reputation for craftsmanship comes from its beautifully made music videos, rather than advertising.

“Really? There’s an emphasis on craft, people say?” he asks, incredulously. “I think occasionally there are great ads, but I think if you’re talking about craft you need to look at music videos. Historically, there’s always been this interesting style, going back to people like Gondry, there has always been very visual directors doing interesting work but most of these guys get their start in music videos and then find success abroad.”

And Alex looks like he’s onto something by pinpointing music videos as one key source for the French reputation for craft. In particular, the current crop of hot directors have broken through with edgy but achingly stylish promos for megastars and are bringing that aesthetic to advertising. Megaforce – who most recently shot Rihanna’s controversial Bitch Better Have My Money – brought their flair to an unexpectedly entrancing commercial for dishwasher detergent brand Finish (through Wieden+Kennedy London). We Are From LA found global fame with their Pharrell Happy video and swung into the books as real contenders in the commercial playing field with their dreamy France is in the Air spot for Air France.

The cross pollination between music video and commercials is nothing new, nor is it unique to France, but, as Wanda’s Claude Fayolle notes, there is a particularly strong and identifiable cohort of such directors right now. (As Olivier Altmann reminds me: “Let’s not forget about the more experienced talent either: Michel Gondry, Antoine Bardou-Jacquet, Bruno Aveillan, Frederic Planchon, Philippe André… who have made it on the worldwide scene by pushing craft in most of their projects to the extremes.”)

“I believe that what makes the French ad industry so unique, from a production company perspective, is the fact that we have an entire new generation of ad directors that have a background in music video directing,” comments Wanda’s Claude Fayolle, reeling off an impressive list of names: Yoann Lemoine, J.A.C.K., Fleur et Manu, Jonas et Francois, We Are From LA, Romain Gavras, Megaforce, Truman&Cooper. And you’ve got to admit, if you want to bring some rock star cool to your commercial shoot you could do worse than bring on a French music video director.

It’s not just hip promo directors who are making waves in commercials, either, explains Claude. “We are also seeing more and more creatives becoming directors, and sometimes they are the same as mentioned before: Didier Barcelo, We Are From LA, Vincent Lobelle, Megaforce, J.A.C.K…”

Charlotte Marmion from production company Iconoclast also notes that these luxury and beauty brands also form the bulk of the international work produced in France.

“The other thing, and I think it’s very much linked to that, is luxury and beauty are a very big part of our market, with all the perfume ads and big brands such as Dior, Chanel, Yves Saint Laurent, and even L’Oreal which is a big mass market product. They produce all of their ads out of France because of the spirit and savoir faire of craftsmanship and creating beautiful images which I think is a pretty specific element of the French advertising and production industry.”

As well as the big names of beauty, like Quad’s Bruno Aveillan, there are also smaller luxury and fashion-focused production companies springing up in the city. In 2014, Henry de Czar opened the doors of SlowDance, a production company that specialises in the sector and mixes up TVCs, online content and print campaigns.

Beautiful photography and sharp live action stylings are one thing but you can’t talk about French ‘craft’ without circling in on animation. From feature legends like Sylvain Chomet to young talent like McBess and CRCR, the animation talent that has consistently spilled forth from France is undeniable. And as a journalist covering advertising, music video and short film for nigh on a decade, I’ve seen wave upon wave of animators graduate into the big bad world who are not just technically skilled but creatively interesting.

Schools like Supinfocom, Les Gobelins and MOPA are responsible for many of the really interesting talent, and top French ECDs agree.

Chez Eddy's Jean Francois comment: “Without sounding jingoist, France hosts the best educational establishing for developing professionals in animation. Animation is dynamic as a whole, whether it is in television or in cinemas. Paradoxically, animation in advertising isn’t as general as that.”

Marion Vermogen & Emilie Walmsley at Passion Paris add: “These schools are world class, as the interest from the big overseas animation studios can attest. There used to be only a handful of schools but in the last few years others have caught up with them and now the talent across the board is astounding. We are very lucky that these schools not only produce great directive talent but also great animation artists, from art directors to compositors to lead animators.

“The new generation is moving away from the full CG craze and are using and mixing different animation techniques to achieve never before seen animation styles. The animation technique is starting to be less important than the end result, which is achieved by ignoring the established animation rules. Other young directors, for example Manach & Bienvenu, do not hesitate to turn back the clock and use stylized traditional 2D animation techniques.”

But all this talk of craftsmanship, beauty and rock ‘n’ roll does not mean that budgets in the Parisian  industry are equally luxurious. The economic crisis (or ‘la crise’, a must-know bit of François if you want to be conversant in the French market) hit the production industry hard. Like other European markets like Amsterdam and London, budgets have taken a knock. However the artisanal touch hasn’t taken a back seat – It’s just been twinned with thrifty inventiveness and careful craftiness.

“As our budgets are much, much lower, it’s very difficult to produce commercial music videos,” explains Chez Eddy’s Jean Francois. “To this end, we explore more inventive means that are “artisanal” in order to both create a beautiful film and balance the books.”

What’s more, reckons Altmann+Pacreau’s Olivier Altmann, a slightly greater willingness to allow for technical experimentation and an understanding that strong ideas attract better talent means that an appreciation for craft has survived the difficulties of the past few years.

“Maybe we are more willing to test out new techniques and give artists more freedom to work than in others countries. But, as everywhere, the pressure on timing and money doesn’t allow us total freedom to take risks. Clever clients understand that, with strong ideas, they will have better talents willing to work for them, even for less money, as good ideas don’t come along that often.”

Craftspeople in a Modern Age

So is Paris truly the capital of craft? The city is home to some of the coolest production companies and has given birth to some of the world’s hottest directors, that’s for sure. The economy has a strong base in beauty and fashion which means there’s a high demand for impeccably made content. The emphasis of form over function, aesthetics above all else is a consistent thread, and while this may very well be a romanticised view that plays into stereotypes around French culture, there’s some undeniably gorgeous work coming out of France.