Is Cannes Lions Changing For the Better? 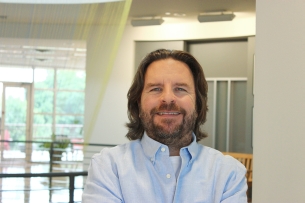 While I was heading home from Cannes, Jeff Goodby wrote this piece for the Wall Street Journal: 'Outside Voices: Is Cannes getting bigger and smaller at the same time?'

“Nowadays, it is more like a plumbers’ or industrial roofing convention, after which I go home and begin to explain to a friend that there is an amazing new fiberglass insulation technology that will enable us to cost-effectively sheathe surfaces exposed to the sun and make them blah blah blah can I get you another drink?”

Now, I’ve been in this business for a long time, and I have never disagreed with Jeff Goodby – and I probably never will again. That said, I’m going to respectfully disagree here. Yes, we aren’t the coolest industry anymore. I see it every day while trying to recruit the best and brightest. Instead of competing with other advertising agencies, we’re also competing with Google, Uber, etc. for the most creative minds coming out of college. True, my neighbor isn’t impressed at the latest TV commercial or experiential project that I’ve missed dinner for but, for the first time in my life, marketing is actually connecting on a much bigger level. Instead of just selling products, we’re creating movements.

I still think the panels are better at SXSW (no, I’m not just biased because I live in Austin), but the winning work is as inspiring as anything I’ve ever seen or done in this crazy business. Cannes is changing for the better, and the people there are (for the most part) trying to make the world a better place.

Some of my favorites:

This is work actually changing people’s minds. The juggernaut that was #likeagirl or #lovehasnolables deserved every single Lion. After losing a dear friend to ALS earlier this year, I know from experience that the Ice Bucket Challenge made his last few months much better and more hopeful than we could imagine. It absolutely deserved to win the Grand Prix for Good.

Marketing is finally doing wonderfully positive things. Creating good work may not change the world, but it sure helps the conversation. Sure, all of you cynics who thought Don Draper was an awful person for creating the famous Coke ad may disagree but I’m proud again to work in this industry and excited to be a delegate at Cannes.

And, most importantly, when I landed back in the US, my country received some great news from the Supreme Court. Thanks to Burger King and the Ad Council, I’m sure.