Is Advertising Still the Place for Creative People? 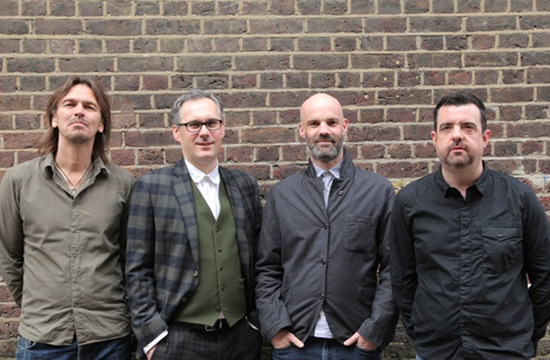 Sir John Hegarty is pretty clear that in his view the UK industry is stuck in a massive creative sink hole. It’s actually a fact if you analyse all of the Cannes data over the last 20 years.

According to my friend who has done the work on the data, apparently if the declining trend continues in about five years we will have to start giving some awards back as we will be in “negative Lion equity”. So John is right and we have the big data to prove it.

I only came into this industry because I love creative work, so this is a pretty depressing situation. Over the past few months I've taken the opportunity to trundle around and talk to lots of creative people working across lots of different industries to try and make sense of it all. The conclusions I discovered were as follows:

1. An awful lot of really smart young creative people now just go and start their own companies with their own ideas. There they have total control over the vision and call the shots. To use John Hegarty/BBH parlance again, most of the black sheep just start their own thing now.

2. People working in and around film and TV programming are both creative and interesting; capable of fusing storytelling and innovative entertainment that stretches the conversations across different screens and properly involves the viewer than most advertising creative. They are also very collaborative.

3. Music may not have the money but it still has the glory and the sacrifices future rock stars now have to make to break through and be creative in this field is incredible. Creatively they still have the ability – possibly shared with actors – to connect truth with real emotion.

4. Ad creatives are miserable and frustrated. They have spent so long now working in the mind gym trying to thread a needle with a pair of pliers while wearing a boxing glove that they have over-developed the wrong muscle. They have become technicians capable of servicing their client's advertising boiler when they thought they were architects. It all seems a million miles away from George Lois’s description of advertising as creating poison gas. It should make you choke, vomit and cry. Although I suppose you could argue a badly serviced boiler could do this as well, but I think it is supposed to be deliberate.

5. Decoded co-founder Steve Henry is truly one of the most creative people you will ever meet in or outside of advertising. I've shared many coffees with him recently and I am constantly blown away by his ideas and pure creative radicalism. I am also blown away by how constantly open he is to meeting new people with new ideas and how this feeds his own imagination. He has convinced me that radicalism and openness are the two greatest gifts any creative person could get.

Interestingly, radicalism and openness are the two greatest facets that inspire the new generation to go straight to starting their own businesses. Advertising agencies have to find a way of injecting both of these values back into their culture if there is any chance of a) reviving the talents of those creatives currently in the industry that have it and b) attracting the new top creative talents of the future.

As leaders of the industry we have to achieve this.

Matthew Charlton is the CEO at Brothers and Sisters

Is advertising still the place for creative people?
view more - Trends and Insight