Is 3D Printing the Coolest Thing to Happen to Animation?

Trends and Insight 514 Add to collection 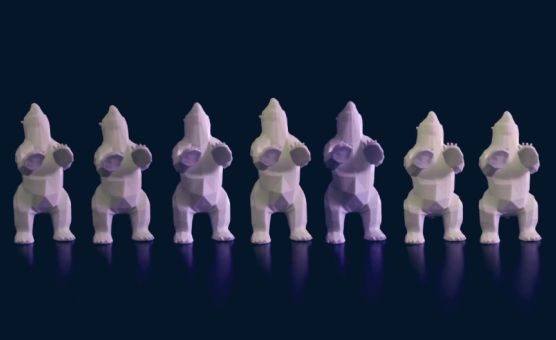 With 3D printing becoming increasingly accessible and more prominent (2014 buzzphrase of the year?), specialists from a wide array of disciplines have been trying to figure out how this technology can benefit their field. In medicine, it’s been used to create everything from prosthetic limbs to vaccines. In Amsterdam, work has already started on a 3D printed canal house and fashionistas have been using the technology to create weird and wonderful new shapes. But it’s animators and filmmakers – never a group to turn down the chance to play with a new toy – who have been having the most fun with it.

The zoetrope is one of the oldest forms of animation – and it has been brought right up to date thanks to 3D printing. Dutch designer Klaas-Harm de Boer designed and printed 64 individual characters, which he then hand painted. Czar Digital, Leapfrog 3D and MassiveMusic also came together to help Klaas-Harm realise his vision. The spinning edifice brings together some of the oldest and newest animation technology to a stunning result.

And the humble zoetrope isn’t the only kind of animation that’s been reinvigorated with a dash of 3D printing. Stop motion filmmakers have been embracing the growing accessibility of 3D printing to create crisper, more precise models to give the medium a fresher feel. One such animator is BlinkInk’s Greg Barth for his recent film for Hello Play, a Belgian music platform.

Creative design agency, DBLG, has been embracing the power of 3D printed stop motion animation with some pet projects that have wowed 3D printing enthusiasts. The sharp geometric design one would normally expect to see only in CG animation combines with the ridges of 3D printed plastic and the imperfections that give this form of animation its warmth – and the resulting aesthetic is pretty unique. In April last year they released ‘Bears on Stairs’, an experimental collaboration with Blue Zoo animation. The project used 50 individually-printed models and took four weeks to complete – and was met with such approval online that they released a more upbeat sequel, ‘Bears Off Stairs’, to celebrate the end of the year.

Of course the thought of printing off tens, hundreds or even thousands of still models might be too much to bear – and other animators have found that 3D printing parts of a fully moveable model is a preferable route to take. Technology firm GoEngineer joined forces with Tandem Motion Picture Studios to create Gary, a robot who looks like he could have walked straight off a Pixar film.

3D printing has also proven helpful for animators and VFX houses working in the realm of computer generated animation. Many VFX companies we’ve spoken to use 3D printers to help get a feel for animated characters they’ve created and keep them as a memento. For Framestore’s recent Freesat ad, featuring the soap opera addict, Sheldon the snail, they turned to 3D printing firm D3 to create detailed replicas of the slimy star. The aim was to better help the team understand how the animated elements would fit and sit in situ. 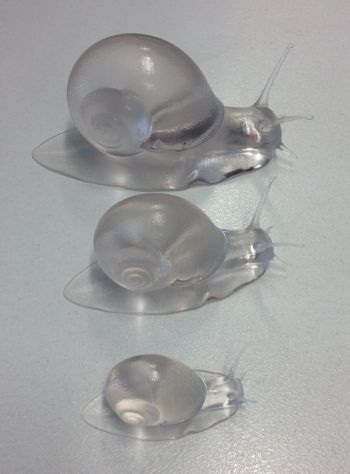 While the technology is improving, animators are still at an experimental phase, finding different ways to make the most of 3D printing in their films. But judging on these creations, it’s giving filmmakers greater flexibility. And we can’t wait to see what they do with it.