Is 21st Century Motherhood a Challenge for All of Us?

The Influencers 1.1k Add to collection

INFLUENCER: Partners Andrews Aldridge's Erminia Blackden explores why brands seem to miss the mark when it comes to mothers 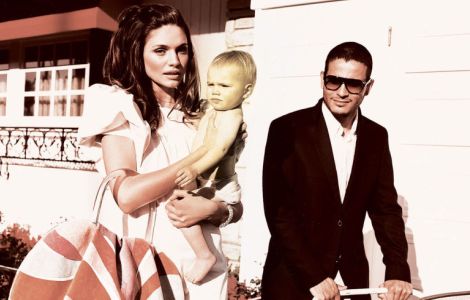 This week we celebrated a whole day dedicated to mothering. But with so many families across the country without a conventional ‘mother’ figure, what exactly is ‘mothering’? Do you have to be a mother to mother, or can fathers mother… and mothers father? And, thinking with our day job hat on, how does the way brands represent mothers have a role in all this?

And what we found won’t come as much of a surprise. Being a mum is hard. Mothers perform up to seven roles per week… and our study found that a mother gets on average less than 20 minutes of ‘me-time’ per day. What’s more, these women don’t feel like they’re understood – 70% point out their belief that brands don’t understand family life.

So why are brands getting it so wrong?

The 21st Century mum is rarely the woman so often depicted in ads, picking up after mud-splattered children with shiny hair and the patience of a saint. She’s not living life serenely with all the time in the world for a coffee and a chat with her friends.

Now, the average age of a first-time mum is over 30, and 70% of mothers have a job. On top of that, 33% of working UK mothers are the main earner in their family. In fact, there are only 5.2 million stay at home mums – the lowest it’s been for 20 years.

With mothers more likely than ever before to have a working career, brands can’t expect that it is always the mother who is the primary caregiver or putting her job on hold to look after her family.

According to research from Aviva, one in seven dads are now the main child carers. Extended family members are also taking an increasing responsibility when it comes to childcare, with the average grandparent spending 22% of their income on grandchildren, according to Yours magazine. Ads such as Dove’s #RealStrength or Gillette’s ‘Go ask Dad’ reflect the changing stereotypes of family life and speak to both men and women who feel represented by a more diverse portrayal of parenthood.

Brands who think they need to market to mothers are often targeting the people who are doing the cooking, the cleaning, the child-minding… but it’s important to remember that’s not always women. It’s these brands who really need to do their research about who is actually using and buying their product.

It’s not all doom, gloom and stereotyping though. Ariel India turned the norm upside-down with their thought-provoking ‘Share the Load’ campaign. They showed a father apologising to his daughter for not helping with the chores around the home, and how that enforced damaging gendered family roles.

When Ariel’s ad ends with the grandfather finally helping with the laundry (well done man!), the message is clear: it’s not just mothers doing the ‘mothering’. And the smartest brands are telling us this.

The toughest job of all

Ariel’s over-worked mother, with demands coming at her from her family, her job and her disproportionate share of the household chores, embodies the stereotype of the woman who has to ‘do it all’. For the women we spoke to in our qualitative study, this dilemma was at the heart of the difficulty of motherhood in the 21st Century. We heard that ‘men don’t worry about having it all’ and ‘men can be fathers and professionals with much less effort’.

74% of women believe motherhood is a career. And it is, if ‘career’ means long-term commitment, multitasking jobs and a lifestyle choice. But it shouldn’t be presented as a ‘career’ if it implies that women can’t also have a job, or perform other important roles. The two don’t work in opposition, and brands who present it as such risk alienating women by either suggesting they must either ‘have it all’ or face an impossible decision.

So brands who are representing mothers should do so in a way that doesn’t imply a struggle between parenthood and a career. When Proctor & Gamble aired their emotional ‘Thank You, Mom’ ad for the Rio 2016 Olympics, they showed motherhood to be an act of caring and strength. It wasn’t about juggling jobs or managing a hectic lifestyle, it was about what motherhood really means: being a supportive parent. Little wonder this campaign is held in so high esteem the world over.

Every brand has a responsibility to represent mothers in a fair and meaningful way. Winning brands are the ones that understand their customers and the diversity of family life to connect with them across their journey. Mothers can be anyone, so it’s a missed opportunity for brands who don’t try and get that message heard.

With Mother’s Day behind us, let’s think about who else will be doing the mothering this year.

Erminia Blackden is Head of Strategy at Partners Andrews Aldridge