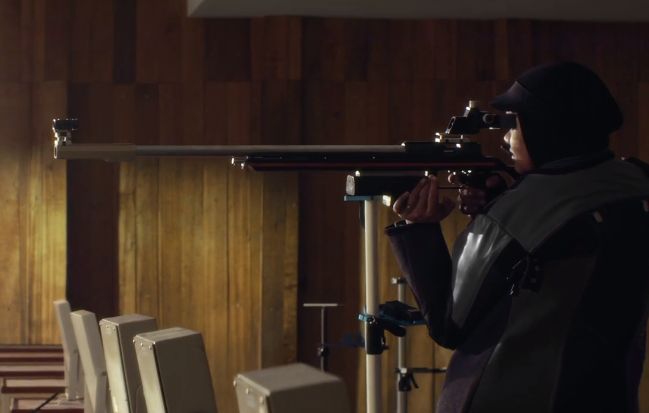 Braids of Strength is the third and latest instalment of the WanitaBesi (which translates to ‘Iron Lady’) Pantene Malaysia campaign, identifying sport as a key ingredient for the next generation of strong women. Through sports, girls learn important life skills such as teamwork, leadership and confidence. But globally, by the age of 14, Girls are dropping out of sports at twice the rate of Boys.

Launched with two films created by Grey and produced by Directors Think Tank, it tells the inspiring stories of two of Malaysia’s national athletes who when faced with extreme difficulty, still stayed in sport. Farah Ann, who has suffered multiple injuries and an astonishing cyber-bullying backlash after winning double gold medals, and Nur Suryani, who at eight months was the most heavily pregnant athlete to compete at the Olympic games.

Throughout both films, the tying of a hair braid is used to symbolise the strength to stay in sport, highlighting a unique partnership with Malaysia's largest sports and fitness chain, Fitness First.

In celebration of World Women’s Day, customers who purchase any of Pantene’s range of shampoos will receive a golden ribbon and any woman wearing a braid during the month of March can gain Nationwide free access to Fitness First and Celebrity Fitness.

Further research commissioned by Pantene Malaysia revealed that, despite 87% of people believing that sports help build confidence, the perceived damage that heat and sweat cause to hair is a big barrier. This led to the team of researchers and scientists at Pantene to develop a uniquely engineered braiding technique to keep hair both strong and beautiful.  The ‘Braid of Strength’ reduces friction by immobilising the hair strands, prevents tangling and reduces sweat.

Anggia Pulungan, Haircare Commercial Director of P&G Malaysia, said, “At Pantene, we are rooted in the belief that strong is beautiful. For a woman, her hair is both a personal and a public matter; it is a big part of her confidence. Through Braids of Strength, Pantene wants to encourage more women to embrace the #WANITABESI spirit, pursue any sport of their choice and eliminate their worry of self-image. By showcasing the perfect way to braid their hair, women get the confidence boost they need to look good, and it positively helps them to perform in sports.”