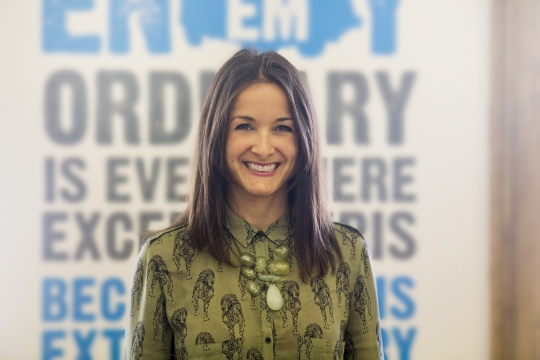 Global agency network, iris, has promoted Lisa Bright to the role of Creative Director for its New York office.  This comes following her year-long run as Associate Creative Director at iris working across the agency's Reckitt Benckiser, Philips, Yahoo and COTY accounts.  In her new role, Lisa will focus on growing the agency's New York office while working alongside joint Global Creative Director, Sean Reynolds to continue to drive innovation across all New York creative business, which in addition to the aforementioned brands also includes Smirnoff and Barclaycard.

Lisa got her start in the industry in 2005 at DDB Chicago working primarily on TV for Wrigley and McDonalds. She then made a move to New York, freelancing for the likes of L'Oreal and Maybelline before taking on a full time role at Kaplan Thaler as a Copywriter on Wendy's.  She was recruited by iris in 2012 as a Copywriter and promoted to the ACD role one year later.