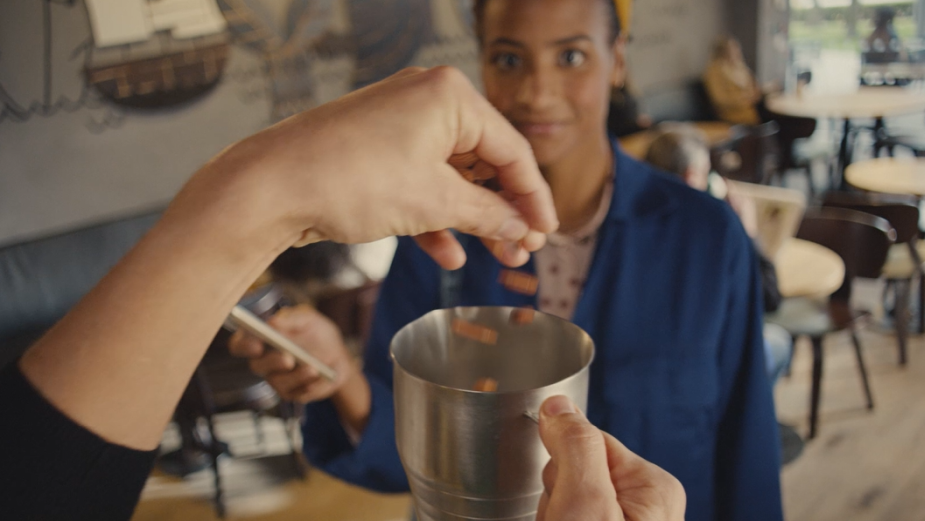 The new Starbucks UK campaign launches, created by Iris London and directed by duo The Queen with Fresh Film.

This fast paced 60-second spot provided a fantastic chance for The Queen to try lots of ideas that they’ve been playing around with but never been able to put into something. And thanks to Iris' trust, lots of their tricks came out the box!

Talking about the film the Queen said: “We often video each other acting things out, to develop the sequence and see what’s going to work. We absolutely had to do that with this one, because our brains are nowhere big enough!

"Matt and Nick’s script was already packed with great ideas - the first question was “how are we going to achieve this?” Then as we started throwing in other things that we’d like to see in there, it was “How are we going to fit this all into 60 seconds..?”

"It was originally veering towards a more stop-frame aesthetic, but as we looked through the sequence, we thought that a live-action execution would look much more impressive, and we could fit a lot more of the tricks into a shorter space of time.

"There were a bunch of ways we could’ve done the POV, but we found that using a small handheld camera gave us a lot more control over movement, since everything had to be so choreographed. Simon the producer factored-in a test day, with some of our go to key crew and our barista which was really useful.

"The art dept obviously played a massive part in making the tricks work. They made loads of purpose-build rigs and tricks that allowed us to do most of the effects practically. We created a marble surface which fires cups into the air, a coffee packet which dispenses espresso and a revolving table that can physically spin people into shot! These and many more (top secret tricks) were then embellished and cleaned up in a mammoth post-production operation.

"We wanted to add a few magical moments that seem completely grounded in reality, but utterly impossible, like the almond which multiplies and turns itself into frothy milk. It’s especially those bits which are great to see working in the final film!”