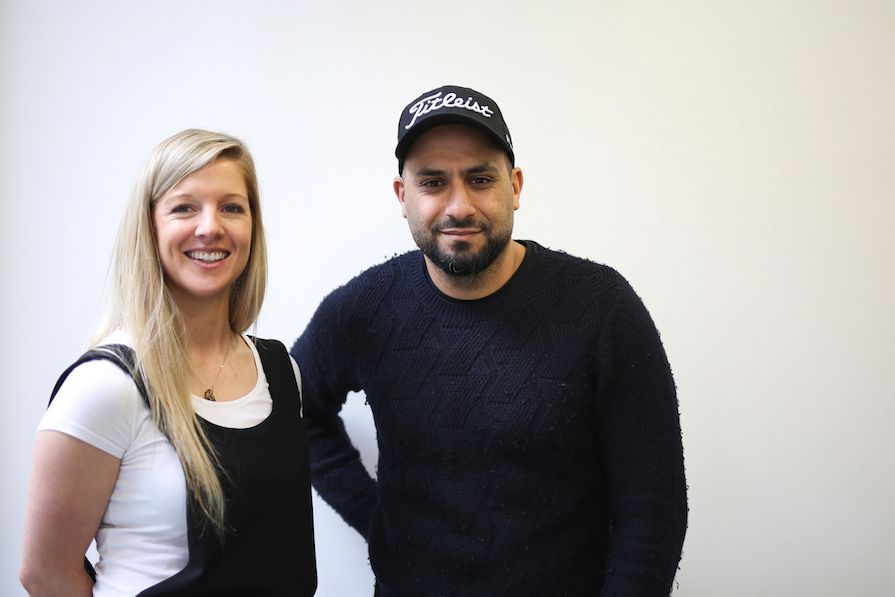 iris is beefing up its senior creative team in London – as it brings two new Creative Directors into the fold, and welcomes Grant Hunter back from a stint as Regional ECD in Asia.

Rachid Ahouiyek joins from McCann WorldGroup, having previously worked at Wieden+Kennedy and 72andSunny on brands such as Nike, Coca-Cola, Zurich and Chevrolet.  Equally obsessed with sport, photography and filmmaking, Rachid has also directed content for a few of those brands. Not surprisingly, he will be leading and inspiring creative teams across the agency’s adidas account, as well as other clients.

Deb Gerrard joins from Albion, with a portfolio of work including Thomas Cook’s “Pool Kid”, Compare the Market, Unilever and adidas.  More recently, she was named as one of 30 Future Leaders by Creative Equals. She is tasked with bringing together teams around social, content, digital innovation and creative product to create ever more interesting and diverse campaigns for clients.

Both Rachid and Deb will report into joint ECD’s Andy Taylor and David Prideaux.

After a seven year stint in Singapore as regional ECD (APAC) – Grant Hunter is returning to the creative network’s London team as ECD for Europe.  Prior to Singapore, Grant was a Creative Director in London and most notably, the lead creative on the agency’s London 2012 Olympic Mascot work and has overseen award-winning work for Diageo, adidas and Samsung in APAC.

He will be joining up with iris teams in Amsterdam and Munich and support delivery of the best creative ideas and output across all iris offices in Europe.

Shaun Mcilrath commented: “Rachid and Debs represent the first of wave of new senior recruits in London. We have new ECD’s in place in Amsterdam and New York. And, crucially, we’ve Grant back to oversee the output of all our agencies in Europe. This is about creating depth and breadth of quality, so it’s a really exciting time.”