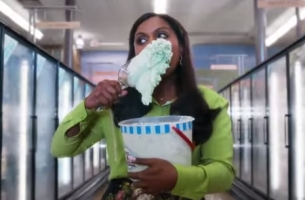 Nationwide, one of the largest and strongest diversified insurance and financial services organizations in the U.S., today unveiled an exclusive teaser version of its Super Bowl ad ‘Invisible’ on the company’s YouTube channel.

“We’ve all been in situations where, as a customer, you feel like you are not being treated like a priority, when you should really expect quality care and service,” said Matt Jauchius, Nationwide’s chief marketing officer. “Our Super Bowl spot fuses Mindy's unique humor with our brand to highlight how you can expect to be treated differently with Nationwide, because our members are at the center of everything we do.”

“I am excited to be partnering with Nationwide on my first Super Bowl ad – titled ‘Invisible’,” said Mindy Kaling. “I love Nationwide's philosophy to put their members first and treat them as individuals, not numbers.”

The 45-second spot was directed by Doug Liman, best known for the Bourne Series, Edge of Tomorrow, Mr. and Mrs. Smith and Swingers. The commercial was produced by Independent Media. Fans can view the teaser version of the ad prior to the Super Bowl by visiting Nationwide’s YouTube page.