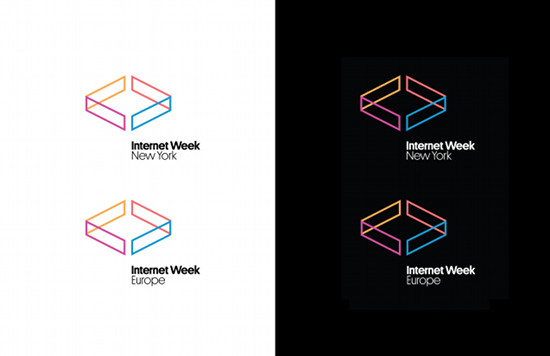 Internet Week, which produces Internet Week New York and Internet Week Europe, today unveiled a new brand identity and logo designed by creative brand agency Collins reflecting the openness and energy of both festivals and the Internet itself.

In a clever and visually arresting nod to the most ubiquitous character mark in HTML, the new Internet Week logo features a converging pair of three-dimensional brackets.

According to Collins, the image on its own represents the limitless space in which Internet Week occurs, while providing an infinitely versatile creative template. The brackets can open to accommodate everything from copy such as the names of keynote speakers or festival themes, to photography, illustrations and more. The Collins team for the project included Dave Frankel (designer) and Ali Ring (account manager).

“Internet Week’s new brand identity reflects how far the festival has evolved since its launch in 2007,” said Allison Arden, Managing Director of Internet Week. “The team at Collins has created an exciting brand image for Internet Week that captures our vision for where both the festival and the industry are headed next.”

The former identity can be seen below.