The Influencers 430 Add to collection 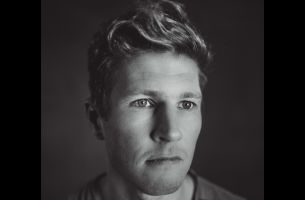 I was a clinically curious kid.

My constant inquiries concerning things like stone age men, Asian geography, or the development of electric guitars (and all this on Monday, before noon) exhausted my parents to the extent that they bought me a 12-part dictionary, weighing more or less as much as I did.

When the dictionary failed to quench my thirst for knowledge, I resorted to our local library. But libraries in the early ‘90s were only open on weekdays, and if I just had to learn about the political relations between the Etruscans and the ancient Egyptians (partly, but not strictly, hostile) after 4pm on Friday, the mystery would not be unveiled before Monday morning.

In other words: I grew up in the era of content scarcity.

Without the internet, creating and publishing content was so cumbersome and expensive, that only large media corporations could do it. Hence all content – encyclopedic information, but also news and entertainment – had limited availability.

In advertising, it was the era of 'Paid Media Stars'. Storytellers who just loved to force their big fat advertising fairy-tales into paid media slots, where people couldn’t avoid them: TV and radio shows, newspapers and magazines.

But although technology has made content abundant, our ability to pay attention has remained the same. It’s no longer the media budget - but people themselves - who decide which content is worthy of their attention. An online cat video might easily get more attention than a TVC on the prime time break, a funny tweet ignites more discussion than an entire print campaign.

For our industry, the shift is fundamental.

In advertising, many have dealt with this shift by replacing the word ‘ad’ in with ‘content’: “No, this isn’t a two-minute long ‘ad’, it’s ‘video content’!” And with savvy targeting, this 'content' of theirs will get gazillions of 'views', 'impressions' and 'engagement'. But the critical question remains: will people actually pay attention?

Let’s step out of our professional, data-analytical, Cannes Lions counting and ad industry media following selves for a minute. Let’s be the human beings, we (hopefully!) are outside work: spouses, parents, children, teammates, long lost friends and next-door neighbours, making sure the grass is greener on this side of the fence.

Let’s stop to think, what real people talk about.

Would your hairdresser, having made small talk about the weather, point out to you (without acknowledging your trade) how “The new one minute brand manifesto really had a nice reference to one of last year’s Super Bowl ads”? Let’s be brutally honest here, you’ll never see this happen, will you?

Generally, it’s not ads people talk about. So what do they talk about?

In the locker room, my football teammate couldn’t stop talking about how four statues right across the street to his office were painted with giant KISS masks.

At the dinner table, my mother wondered: “how on earth can an escape room take place on a speeding train – and last thirteen hours”.

My morning newspaper featured an article about a man, who voluntarily lived at the airport for an entire month.

Sure, you could’ve made an ad about the KISS masks, the escape room train or the real-life Tom Hanks. But that’s not the point. These ideas seized attention without any advertising. People, actual living people (I’m generously including journalists in that definition), talked about them.

So my advice to all you 'Paid Media Stars' reading this: forget 'advertising ideas', think of 'ideas'. Don’t try to intrigue and impress your colleagues (or award juries) – astonish your football teammate, your mum and the journalists of your favourite news media. And most of all: fascinate the clinically curious child, hiding somewhere inside you, looking for things to get fascinated about.