Campaign from Humanaut uses culinary influencers to explain what Ghee is 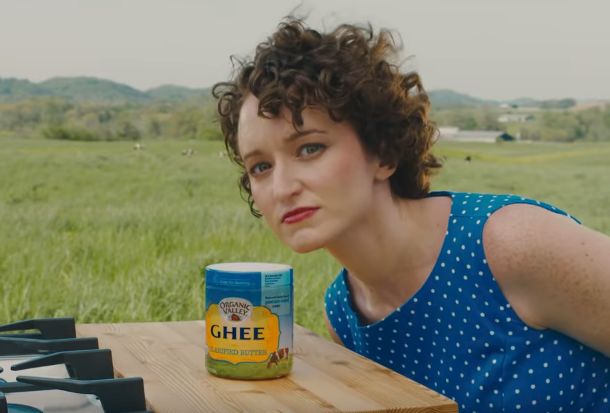 Advertising agency Humanaut is launching a digital campaign to introduce Organic Valley’s Ghee, the number one selling brand in the market. Because clarified butter is lactose-free, high in fat and has a higher smoke point than traditional cooking oils, it is rapidly gaining popularity in both the paleo and general cooking communities. But awareness is still low, and many people don’t know how to use it.

The cheeky ads leverage YouTube cooking influencers to demonstrate how easy it is to substitute Ghee for other oils. Any time the chef uses the word oil or butter, it is abruptly censored with a loud, bleep-like 'gheeeeee!' As the spokeswoman explains, “And that’s how you use Ghee, silly!”

The 'Ghee-lish Any Dish' videos launched on June 26th on YouTube, Facebook and Instagram, and as programmatic digital on popular site like People, Refinery29, Buzzfeed,  NY Times, Vanity Fair, The New Yorker, TIME, Pop Sugar, as well as on premium food and home sites like Bon Appetit, Epicurious, Food Network, Serious Eats, HGTV and The Daily Meal. Additionally, the existing audiences of featured influencers will help push the content.

Ghee is traditionally used in Indian food and is known for its deep, rich flavor, but its high-heat performance makes it perfect for any kind of cooking or baking. The problem is, few recipes list ghee as an ingredient.

“The number one reason people don’t buy ghee is they don’t know what to do with it. But all you  need to do is use it in place of any cooking oil or butter,” Humanaut Founder and Chief Creative Officer David Littlejohn explained. “Instead of making new content, we realised we could reuse all this existing online cooking footage to show people how they could substitute Ghee in pretty much any recipe.”

Each of the influencers gets their own dedicated commercial. On the week of July 9th, the chefs will begin posting their videos on their respective social platforms - where they have the highest reach and dedicated followers. Campaign elements will run through end of December.

Humanaut worked closely with their NYC-based media partner Junction 37 on the unique influencer strategy. “We’re always looking for ways to challenge the way the media channel behaves,” explains Littlejohn. “Influencers are usually creating their own new content for brands, in this case we’re leveraging the value of the influencers’ back-catalogue and editing the footage ourselves. It’s a win-win for everyone.”

These new Ghee spots align with the tone Humanuat set for other Organic Valley products, such as Organic Fuel’s 'Save The Bros' and Organic Balance’s 'Real Morning Report' campaigns. The brand’s humorous viral marketing approach has paid off: The Wisconsin-based, farmer-run co-operative dairy became the world’s first billion-dollar organic food company in 2015.