Internet Bees and the Importance of Using ‘Some Block’ 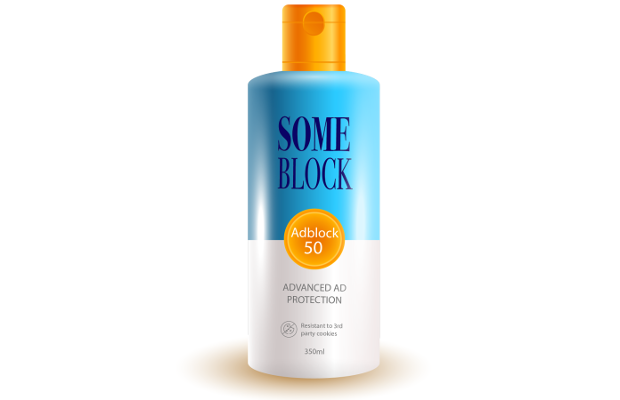 I know the moment I went from wondering if I might not be straight to having no doubt in my mind. I had joined a new swim team, it was my first practice with them, and my coach assigned me my lane partner. He was only 17, but sweet baby Jesus, that boy was a statue of a Roman god who came to life and put on a blue Speedo. I floated beside him in the pool completely frozen — just thinking, “God dammit. I’m so screwed.” 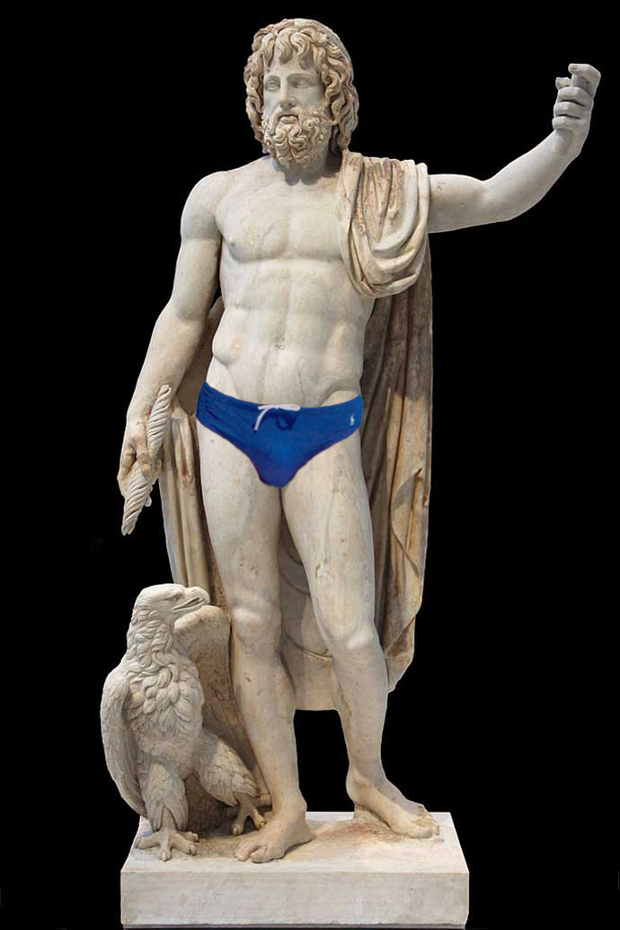 Minus the beard, this was him.
As cute (or strange) of an anecdote as that is, it kicked off a deep, dark, downward spiral of depression and self-hatred. Even though everyone in my family were proud supporters of the queer community, my town, my school, some of my friends, and my friends’ parents were the opposite. They made clear to me that I would never amount to anything, I would never have a family, and I would probably die alone from some AIDS related illness. The warm and loving voices of my family were completely drowned out.
Without knowing what to expect, I reached out to the internet. The terrible voices of my local community were no match for the global community I tapped into. I found my tribes on things like IRC, LiveJournal, MySpace, GeoCities, and even Tripod. In fact, I anonymously documented my journey to coming out in painful raw detail on LiveJournal to an audience of thousands of followers. It was the closest to being a celebrity I’ve ever been. After announcing I had come out, my inbox was flooded with messages from teens who were going through the same thing. Not only had the internet given me the power to tell my truth, I was now passing it on.
My story is not unique. The internet’s power is connecting people across global communities. Did you know there’s an entire Wikipedia article about revolutions that gained critical mass via Twitter? There’s Moldova in 2009, Iran in 2010, Tunisia and Egypt in 2011, and then Ukraine in 2013. Ukraine went from around 6,000 Twitter users to 55,000 in under four weeks. The Egyptian government shut down Twitter — not the internet — leading up to the protest. They understood that the internet alone is not power; it’s the services that foster communities. More recently there’s been massive protests in Hong Kong, Chile, and Colombia. Sites like Reddit have become central tools for spreading the word across the world long after news outlets get tired of reporting on it.
It’s easy to write social media and other online communities off as inconsequential time-sucks and forget that they serve a greater purpose. It’s also easy to forget they’re free, like… I don’t think of my coming out story as “sponsored by Captain Morgan” and nobody thinks about the Tunisian Revolution as “brought to us by IKEA”, but it was advertising that made them possible. Unintentionally, advertising funded the services and content that became the backbone of an open and democratic Internet. Yet… basically the whole internet can’t stand advertising.

This is how I’ve come to see internet advertising like bees. 🐝

Most of us aren’t screaming in excitement when we see bees. We run from them, we put screens up to keep them out, and sometimes we squash them. Pesticides are causing bee populations around the world to die out, jeopardizing the ecosystem. Our very existence is reliant on something we avoid and even fear. This is internet advertising. Something like 25% of the internet population blocks all ads from showing up, the majority of us race to the skip or close ad button, and I have never heard anyone say “OMG, so I saw this amazing banner the other day” (okay I have heard that but only within the circle of nerds I run in).
Internet advertising has gotten such a bad rap that we’re increasingly moving towards more paid services. So what, right? I can just skip an avocado toast here and there. Do you think 50,000 Ukrainian citizens would have signed up for Twitter if they had to pay? Would that revolution have happened? I know for a fact that I wouldn’t have been able to join LiveJournal or use IRC back as a teenager if I needed to borrow mom and dad’s credit card.

If we switch to a paid-for and private model, the internet will break for the ones who need it most.

People gush over the ads during the Super Bowl. Places like Times Square and Piccadilly Circus are tourist attractions. So, what the hell happened? How did internet advertising out of all the forms of advertising get such a bad reputation? Simply put…ad tech. Adam Kleinberg said “ad tech is the worst thing that ever happened to advertising” and I say it’s the worst thing to happen to the internet.
Ad tech is a blob of an industry that covers all sides of internet advertising — it touches the brand, the publisher, and the audience. In other forms of advertising, like TV or print, things are more straight forward in that there are generally fewer cooks in the kitchen. The relationship between the publisher and the brand is either direct or sort of close to it. With digital… there’s literally hundreds of companies between the two in almost all situations. I can’t tell you how often I’ve surprised brands by showing them ads they either didn’t know were on the web or they had a heart attack when they saw what site it was on.
I need to be very clear. Ad tech is not the devil, it’s just misguided. Every step in the history of internet advertising is a classic “the road to hell is paved with good intentions” situation. Take, for example, pop-up ads. The guy who invented them, Ethan Zuckerman, said they wanted a way to show ads without them being associated with the content on the page. He explains in his apology to the internet that they “came up with it when a major car company freaked out that they’d bought a banner ad on a page that celebrated anal sex.” Nice in theory but when gone unchecked, not so much. He’s now on a mission opposite to mine — to remove all advertising from the web and build a private, paid-for model.
Other UX disasters, like covering content and targeted ads, are a byproduct of the most unique part of internet advertising: access to data. Both a blessing and a curse, ad tech’s use of data is sophomoric, at best. Heidi Moore refers to it as a “quicksand of metrics.” Wrong conclusions and poor data have given us great hits like creative quality isn’t important, “personalised” ads (a.k.a. creepy AF targeting and tracking), and the infamous pivot to video. A few years back, Facebook released a report that caused the “pivot to video” era where brands and publishers moved from traditional text and image content to video. Turns out we don’t love video as much as Facebook thought. Sites saw an average 60% drop in traffic, causing many to go bankrupt. The very thing ad tech stands on as their power — having access to a wealth of user data — is killing them. Facebook, by the way, later admitting to inflating ad-watching metrics by 900%. 🙄

We, the citizens of the Internet, have power through voting. Every web page you visit, every app you use, every video you watch… you’re voting. When some video ad starts playing in the bottom corner of a page and you don’t close or pause it, you are voting for that ad format. When a site asks your consent to use cookies and you just click okay to make it go away, you’re voting for tracking. When you use a plugin that blocks all ads from loading, you are not voting while complaining about who’s in office.
You know, I came up with that “internet bees” thing and I can’t stand saying it. Let’s change the narrative to internet advertising is the sun, providing warmth and the means for growth. It’s totally possible — we just need to give ad tech companies better data. If the internet goes paid-for, there’s no space for ad tech, so they need us. Pivot to video showed we can do it and the impending death of third party cookies shows we’re doing it. Democracy isn’t easy and it requires work. Check out the suggestions below and remember every vote counts.
1. Use some block, not all block. Using an ad blocker that blocks out all ads doesn’t say which ads are offensive to you. Heaps of surveys show the majority of adblock users are fine with ads — they just don’t like being tracked and they don’t like the UX. So disable third party cookies and block ads that cover content, autoload huge files, and of course, pop-ups.
2. Opt Out. Because of the EU’s Internet privacy laws, I need to approve the use of my data on every webpage I visit. It’s annoying — and important — to click a few more times to say no. 81% of EU residents just click whatever they need to make the box go away. By doing that, they are telling ad tech they are okay with them using their data. However, surveys show it’s the opposite.
3. Bounce. If you visit a page and leave right away, that’s recorded as a bounce. Major websites are monitoring that closely and so if they make a change and see a bounce rate increase, they will likely switch back. The whole pivot to video fiasco was both a drop in traffic and a high bounce rate. If you load a page or app and it’s ad chaos, “bounce baby out the door.” I’m sure you can find another good recipe for hummus that isn’t surrounded by an ad jungle.
4. Report. In my years working in digital advertising, I’ve lost track of all the times my clients had no idea what their ads looked like in the wild. In one case, while my agency was supposedly the only company making their ads, we kept seeing strange off brand ads using a bizarre version of the logo. Turns out a third-party company was running the ads as part of a “bonus package” via another company my client was working with. If you see an ad for a brand you like and it looks like total garbage or has some awful UX, tweet that at them! 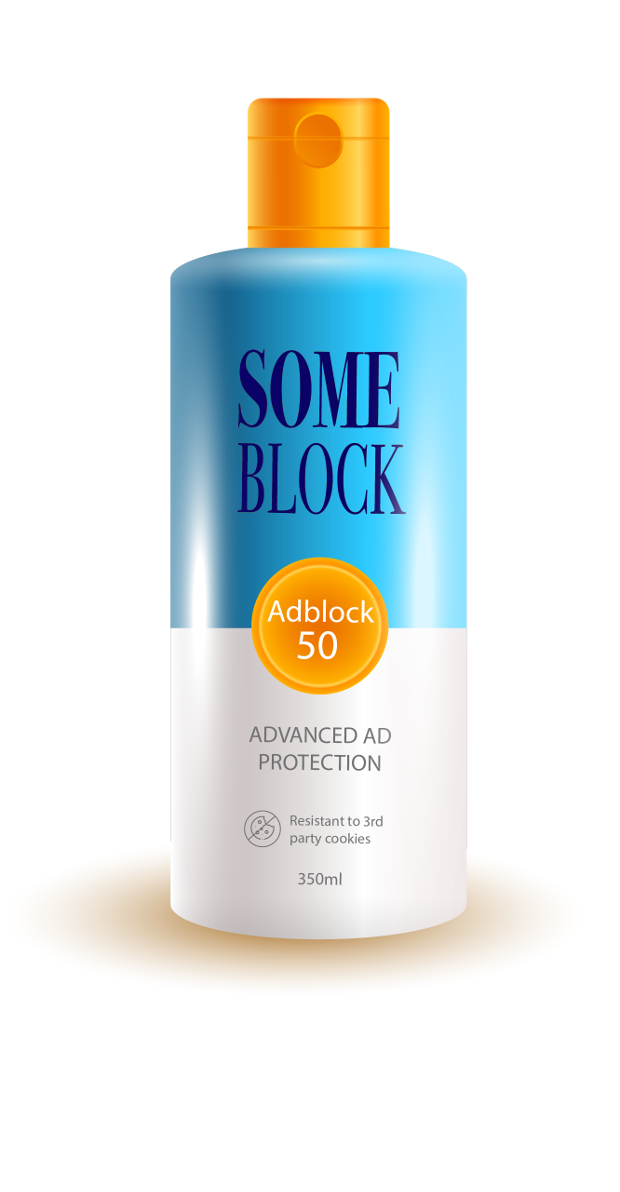 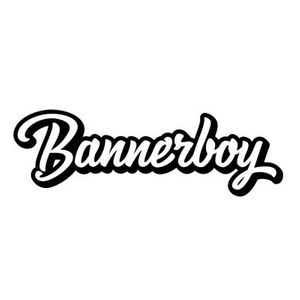 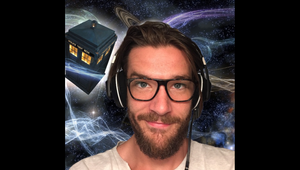 Why's Everyone Hating on Personalised Ads? 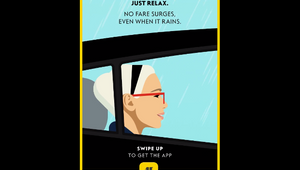 Why Harness the Power of Creativity for Banners? 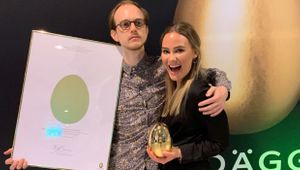 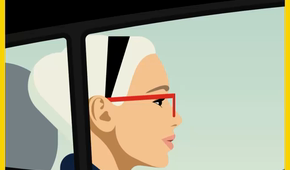 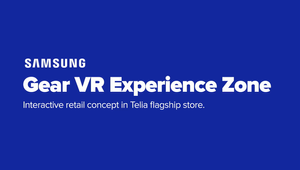 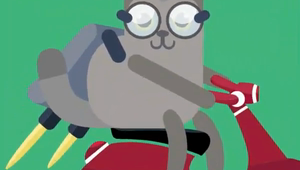 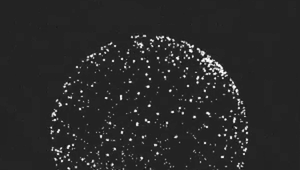