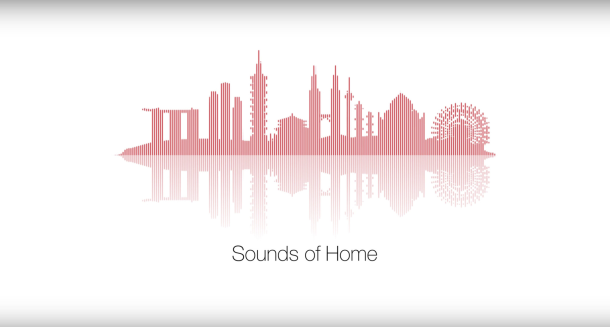 From keeping a seat at the table for virtual family dinners, to staying up to date on the lives of friends, research by HSBC shows the majority of international students are using technology like video calls, Instagram, WeChat and WhatsApp (97 per cent) to connect with friends and family – but this doesn’t stop them missing home.

92 per cent of international students say that they miss the familiarities of home while studying overseas, with almost six in 10 (57 per cent) saying it’s the sensory experience they miss most, and three quarters (74 per cent) specifically missing the sounds of their hometown. International students identified the sound of people talking in their native language (50 per cent), the hustle and bustle of local markets (26 per cent), the rumble of public transport (25 per cent), and birds, insects or native animals (20 per cent) are among the sounds that international students say they are most likely to miss.
To help international students as they venture abroad to achieve their ambitions feel connected to home, HSBC has released Sounds of Home, global soundscapes, crowd-sourced and created by international influencers including Meh Chou, Melissa Koh and Zarnizar and will be available on Youtube, Alexa, Spotify and itunes. HSBC also captured the process behind recording and compiling these evocative sounds.
While moving overseas is an exciting adventure for students which they say has a positive, lasting impact (99 per cent), it can take some adjusting to. Two in five (43 per cent) international students feel homesick at least once a week or more, nearly half (49 per cent) believe missing family and friends has impacted their academic performance, and for two in five (40 per cent), being away from home has affected their ability to get a good night’s sleep. Homesickness is particularly prominent late at night, specifically between the hours of 10pm to 12am.
Neuroscientist Susan Greenfield, former fellow at The University of Oxford and CEO of Nero-Bio Ltd said: “International students were born into a connected, digital era, but the majority still miss their familiar lifestyles in the real world. Whilst it’s reassuring that this young generation is not living in a cyber parallel universe, the challenge is how to off-set the absence of family, friends, location, and language, in tangible new ways.
“Sounds and smells are - more than the other three senses - the most pervasive and the least contextual. Perhaps sounds are so important in homesickness because they are hard to encapsulate in a specific, single memory, and play a bigger role in our on-going consciousness. Sound also allows room for imagination, conjuring up in your mind a personal scenario. This means sound can be used to good effect to induce a sense of personal well-being.”
Despite facing a range of challenges, including setting up a bank account in their country of study (35 per cent) and setting aside enough money to be able to travel home (40 per cent), independence and new experiences are most commonly seen as benefits of studying abroad (60 per cent). 84 per cent of international students believe they have not only gained new skills but have also become stronger people.
Head of international at HSBC said, “there are many benefits to studying abroad – new adventures, new skills and independence – but that doesn’t stop you missing the familiarity of home. As someone who has lived and worked abroad, I know what it’s like to feel homesick.
“Sounds of Home helps international students feel closer to the people and places they love. We created these soundscapes to complement the financial guidance and support we provide as a leading bank for international students all over the world. It’s another way in which HSBC is a reassuring presence for students who are away from home, helping them to navigate the fulfilling and challenging world of international study.”
view more - Creative 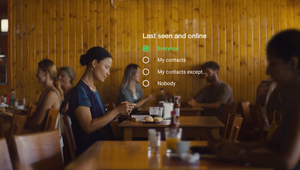