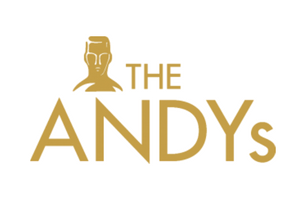 The ADVERTISING Club of New York’s 2018 International ANDY Awards, the first advertising creative award show of the season, and the first advertising award show to allow others to see inside the jury room, has announced this year’s winners. McCann New York won the show’s top honour, claiming the Best in Show GRANDY Award for Fearless Girl for client State Street Global Advisors. Wieden+Kennedy won the Bravery Award for Nike Breaking 2. McCann Worldgroup won the Social Good ANDY for its Immunity Charm campaign for the Ministry of Public Health, Afghanistan. The Student ANDY Award was given to Chris Petersen and Seth Mollerup of BYU AdLab for “Pests Do Not Mess with The Orkin Man.”

This year’s jury was led by North American Chief Creative Officer of Deutsch Pete Favat, and was made up of 18 of the international advertising community’s most respected creative directors from advertising organisations around the globe including: Wieden+Kennedy, R/GA, Facebook Creative Shop, Leo Burnett, McCann London, Marcel Sydney, BBDO India, and Joan. In addition, representatives from production agency PRETTYBIRD, as well as Procter & Gamble (last year’s Bravery Award winner) were on the jury.

“I’m so incredibly proud of our ANDY Chair Pete Favat, and Creative Council Member Andrew Keller of Facebook as well as this year’s jury for their generosity and incredible support as we attempted to change the game in the award show space.  Our vision was to deliver a refreshed process and a LIVE jury room experience. I’m in awe of the jury’s commitment and dedication to bring education, transparency and inclusion to the community and the next generation of advertising talent. This initiative was not for the faint of heart; I thank everyone in front and behind the camera for an amazing job,” said Gina Grillo, President and CEO, The ADVERTISING Club of New York & The International ANDY Awards.

In addition to debating Fearless Girl’s impact on culture vs. It’s a Tide Ad’s breakthrough control of the Super Bowl, this year’s jury conversation delved into issues around race, gender, inequality of access to resources, and human ideas. The judges noted that some of the best work was held together by a single big idea that was fragmented effectively across a variety of different media and can transcend boundaries.

“For me, the highlight of the LIVE judging was the student competition. At its core, educating folks about why awards are given is what this is all about. How cool is it for students who are hoping to someday have a career in advertising to hear some of the most high-level creative talent in our industry talking about their work? I also think marketers listening in heard the creatives perspective on the trust, collaboration and partnership required to co-create innovative work that takes risks. Being brave is something the industry needs to embrace,” said Favat.

During the student work category discussion, judges surprised viewers by Skyping in the three finalists shortlisted to share what they loved about their work and ask questions about their process and what inspired them. Impressed jurors tried to outdo each other in offering the talented winner employment.

To view videos of specific judging segments go to the links provided below or visit https://www.facebook.com/andyawards/.

For a full list of ANDY Winners go to: https://www.andyawards.com/2018-winners/.

Viewers to the first-ever live advertising award show jury were able to hear the perspectives of the top Creative Officers in the industry, ask questions and interact with them as they debated the finer points of the work. Fearless Girl’s impact on culture seemed to be the differentiator as jurors debated other category reset work from Wieden+Kennedy for Breaking 2 and from Saatchi & Saatchi New York for It’s a Tide Ad. Immunity Charm awed the jury with its ability to problem solve the immunisation challenge in Afghanistan. Top three agency network winners were McCann with 12, Wieden+Kennedy with 10 and BBDO with five awards.