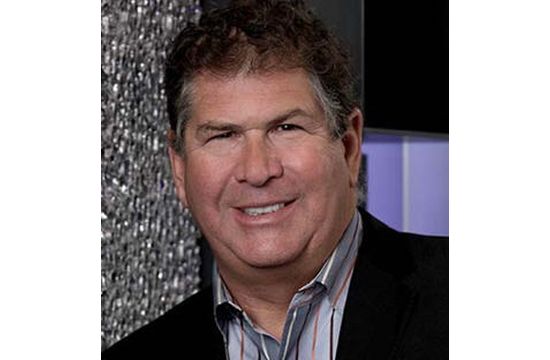 Having come from an array of ad agencies, the client side and as CEO of KSL Media, Hank Cohen understands the demands that mid-sized challenger brands face in today’s media  environment.

That’s why this 35-year ad business veteran has launched WindStar Media™, a uniquely specialized media company offering concierge-like services and best-of-breed talent to clients whose businesses require `nurturing` vs. `minding.` And he’s doing it backed by the enormous resources of the InterMedia Group of Companies®.

As a businessman, Cohen believes that the best approach to building a company is to hire people smarter than himself, then give them the resources, strategic vision and leadership that allows them to create success stories for clients.  Over the past 35 years, Cohen has worked with clients in a multitude of categories including: finance, travel and hospitality, distilled spirits, retail, healthcare, packaged goods, entertainment and casinos to name a few.  His goal right now is to build WindStar Media into a Best-of-Breed marketing communications company.

Cohen spent eight years in New York on the agency side working with Kenyon & Eckhardt, Benton & Bowles and Ally & Gargano.  He spent another four years on the client side at Publisher’s Clearing House where he created media strategy and oversaw the agency relationship with Ogilvy & Mather.  He is perhaps best known for creating the now famous “Prize Patrol” for PCH.

With a true passion for media, he joined KSL Media 25 years ago and made his mark opening the Los Angeles office.  As CEO for the company, he created a fiercely independent and nimble organization that treated its clients as family and helped bolster their successes.

As a subsidiary of InterMedia, WindStar Media will draw upon the vast research, analytic prowess, processes and financial structure, as well as buying clout, award winning creative and entertainment industry connections already at hand.

At WindStar Media, Cohen and his talented team will lead clients down unpaved roads with off-road tires by creating media solutions that both outflank and outsmart their competitors. They’ll do this by investing heavily in the analytics process thereby creating a better understanding of their clients’ best prospects and look-a-likes.

WindStar was created to service mid-market brands, privately owned start-ups and larger advertisers who are “challenger brands.” Like Cohen, these are clients who are entrepreneurs, want innovation, relevancy, dependability and leadership. Another common thread in these companies is that they “have skin in the game” and their marketing departments lack the resources a company like WindStar invests in.

“Our goal is to create enhanced revenue and greater value for our advertisers by beginning from a blank page and a business owner’s instinct,” said Cohen, who holds the title of President and CEO. “We won’t be revisiting the traditional or the tried and true. We’ll be going deep into the well to gain maximum insight of the brand and their best customers. This allows us to create powerful, relevant connections between the two.”

WindStar will draw upon the resources of InterMedia, the fully integrated $600+ million advertising, media, marketing, entertainment and communications organization renowned for blending direct response advertising with general market techniques. Founded in 1974 IMGC specializes in direct response, retail, brand building and ecommerce. The company broke industry precedent by creating its own revolutionary CPM Networks™ (unwired networks comprised of cable, broadcast TV, and radio media) that buys media for its clients at deeply discounted rates not available through traditional or even standard direct response rates.

As a company, InterMedia gains by adding a highly regarded and prestigious figure in the media business to its esteemed ranks. Hank Cohen is known as a leader in the field of Media and Marketing Communications.

“Under the leadership of Hank Cohen, a superstar executive in our industry, WindStar gives us a specialty unit that provides for the type of client that requires personalized attention and advanced thinking, the kind of service that they can get in very few agencies—especially agencies with the kind of clout that we bring to the table,“ says Robert Yallen, CEO of the InterMedia Group of Companies. “WindStar acts quickly responding to the market instantly. We could not be more pleased to have someone with Hank’s expertise, client connections, proven track record, innovation and leadership become our partner in this venture.”