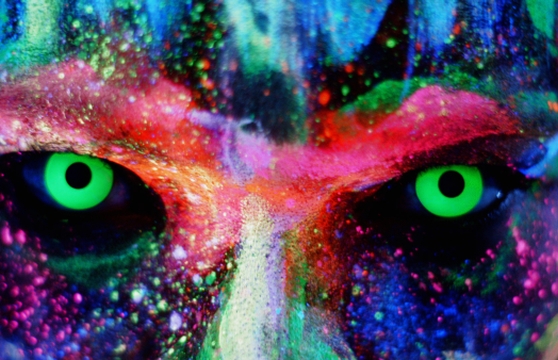 On the 27 August, Diageo unveiled a bold new Pan African campaign, #madeofblack, via a four hour take over on MTV Base. Over a year in development, #madeofblack, part of the global Guinnes: Made of More platform, shines a light on a movement being created by a new generation of Africans whose boldness cannot be contained and who are fuelling a new, progressive spirit of Africa.

A first for Guinness and MTV Base, the four-hour takeover featured #madeofblack stunts, guest appearances from Fuse ODG and Phyno amongst others, and the premier of the new Guinness #madeofblack commercial. The #madeofblack campaign, conceived by AMVBBDO in London with BBDO offices in Africa, will continue to develop and build over the coming weeks. The commercial, directed by Sam Brown, features a powerful compilation of African performers, artists and creatives who are filmed expressing their own #madeofblack story and attitude in their own individual way.

Guinness is a uniquely black beer and proud of the fact that it’s different. Guinness drinkers also see themselves as different. They’re creative, inventive and imaginative and want to stand out from the crowd. The idea behind the #madeofblack campaign is to celebrate the confidence and attitude that Guinness shares with the people who drink it, an attitude that we’ve called ‘Black’. #madeofblack is not about colour.

Its focus is on celebrating those that exhibit this Black attitude. The campaign will continue to develop and build over the coming weeks. Fuse ODG, MOBO award winning artist, alongside the cast of the TV commercial and a wide variety of influencers and ambassadors will share their own #madeofblack stories via a busy social media Selfie programme, which will see well known faces asking consumers ‘What are you made of?’. 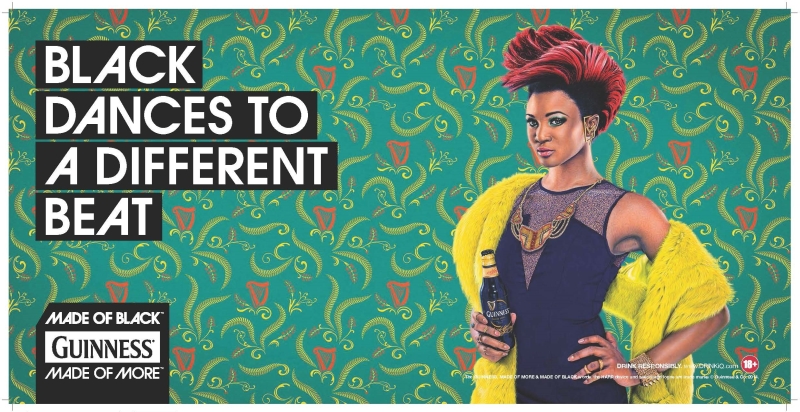 Mark Sandys, Global Brand Director, Guinness, commented “Guinness is an iconic brand, famous for its extraordinary and inimitable marketing and #madeofblack is no different. This campaign is a celebration of an attitude that epitomises individuals who aren’t afraid to truly express themselves. Through #madeofblack we will provide a stage for those who are an inspiration to others as they carve their own path with confidence, flair and boldness.”

The new campaign follows the recent successful global launch of the new look Guinness Foreign Extra Stout bottle and will be supported by strategic digital, outdoor, radio and print advertising, which comprises a series of hand painted, impactful designs of key #madeofblack ambassadors sharing how they are #madeofblack. 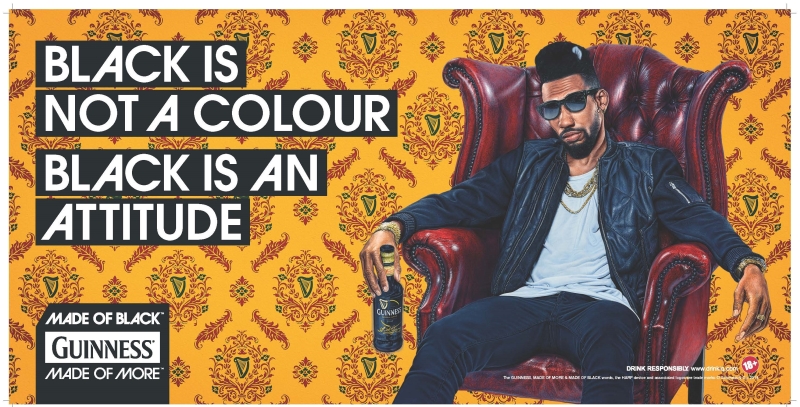