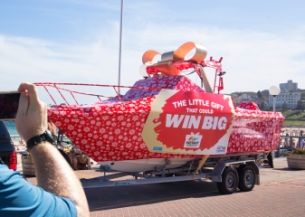 In the week leading up to Christmas, while everyone else was busy wrapping their presents, Tatts Lotteries wrapped a few of their own to Australians to add Instant Scratch-Its to their Christmas shopping list.

“This year we wanted to remind Christmas shoppers that a fun little present could turn into a top prize win,” said Ms Mac.

“Breaking through shopping centre clutter is difficult at the best of times, and almost impossible at Christmas,” said Brendan Greaney GPY&R Brisbane ECD, “So we thought we’d give people a little reminder while they’re on their way to the shops.”

The eye-catching mobile installations, brought to life in collaboration with the teams at ApolloNation and oOh! Edge were driven around major roads, shopping precincts and landmark destinations in Melbourne, Sydney and Brisbane during the seven days leading up to Christmas. 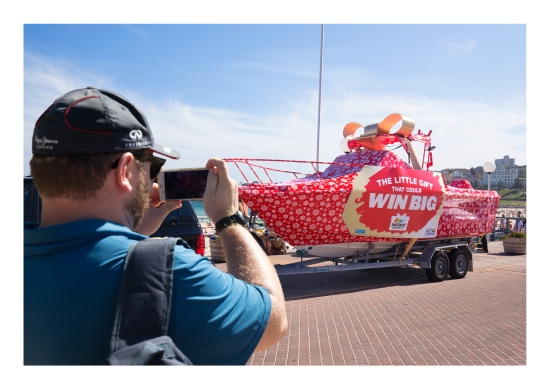