The Influencers 218 Add to collection 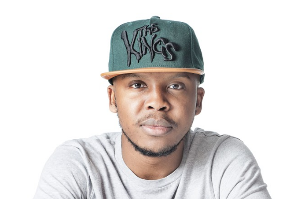 No one wants to be the next Kodak. A company that was the indisputable leader in its field until the future arrived and it refused to adapt. It stood as an example of exactly what not to do in business, and while many companies still stubbornly refuse to plan for their own obsolescence, many others have taken the lesson to the heart.

Which, on the surface of things, makes unquestionable sense. A free social media app’s revenue relies on being able to serve ads to its user-base, meaning that constant engagement with the app is imperative. Any barriers to that interaction must be removed. According to Kevin Systrom, Instagram’s co-founder and CEO, the Instagram feed was treated with a certain reverence that ran counter to regular active engagement. This led to the trend of the ‘Finstagram’: secondary accounts that are created — usually by young women — to act as a more intimate space in which to share more regularly, and with less concern for presentation.

In short, Instagram Stories was created because Systrom and his team needed to circumvent some of the unwritten rules that caused users to post so infrequently. So a function that borrows so heavily from the laissez-faire inclinations of Snapchat allows users to — in the words of Systrom,

“…experiment with a bunch of different creativity in this new format…If Instagram is built around highlights, we’re filling in the space in between…We’re capturing all the world’s moments, not just the best ones.”

Which might just be the problem. On the one hand it addresses an issue: That of a decreasing number of average posts per user. But on the other, it may solve this problem at the expense of Instagram’s core appeal. This is an app that rose to prominence because its users could rely on it to provide beautiful, perfectly curated images from professional and amateur creative minds alike. This is an app that, with the help of numerous filters, allows anyone with a smartphone to feel like — and maybe even become — an artist, a photographer, a model. There is something highly aspirational about the app.

Stories, though only one feature, could be the beginning of a slippery slope. It could mark a shift towards Instagram becoming a constant stream of banal content. In the long-term, this could alienate Instagram’s core users.

But all of this is very much conjecture. It’s worth noting that this is hardly the first time the product has seen a fundamental shift in its features. It was originally called Burbn and was predominantly a location check-in app, but after observing the way its users interacted with the service, the team noticed something interesting. People weren’t using the check-in, but they were utilising the photo-sharing function. And so that became the foundation upon which Instagram as we know it was built. So perhaps this latest change will merely be a reflection of that initial shift.

At the end of the day, people are fickle, and love for a social media app can very quickly turn to disdain and then indifference. Bebo has long since been relegated to a forgotten corner of the internet. Myspace’s failure to capitalise on the strength of its music function, led it down a similar path, even with the much-publicised backing of super star Justin Timberlake. Even now, the two pillars of modern social media are suffering: Facebook is still dealing with a reported great youth migration, and Twitter’s growth has stalled, sending a ripple of panic through investors. And many of the new kids on the block, such as Ello, and Medium are contending with their own troubles.

With all this in mind, we’re left with a simple question. Is it better to adapt, in an attempt to attract the widest possible user-base? Or should the emphasis be placed on developing the things that saw you rise to prominence in the first place?

I guess we’ll just have to wait to see how this story turns out.

Folarin Ayomide is a copywriter at Serviceplan Middle East