Directed by Will Kindrick, the new music video for 'Not OK!' may be shot at home but is certainly not still 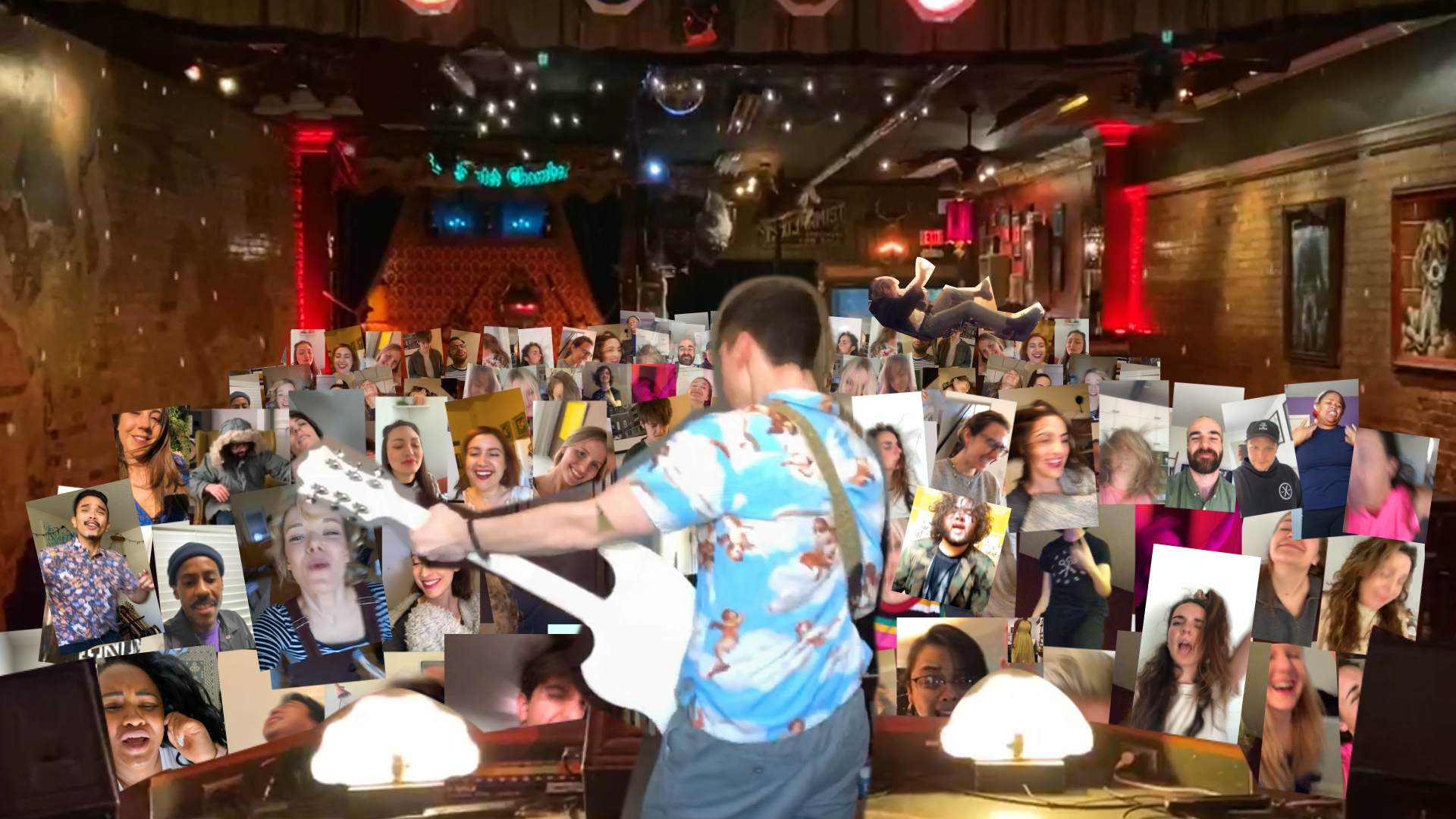 Quarantine is forcing a lot of people to get creative with their creative, and for Will Kindrick, director of the award-winning sci-fi short film STORM, this was exactly the case when music artist Chaz Cardigan’s team approached him with the idea of creating a fan-footage-based music video for his hit ‘Not Ok!’ (Quarantine Edition).

“Suddenly, it hit me! Rather than just showing people dancing around in isolation, I wanted to show them interacting through split screens. The possibilities were endless, visually and emotionally.”, said Kindrick.

The resulting video is a brilliant compilation of footage, featuring a variety of shot-at-home setups, clever split-screen shots, and 50+ fan-submitted videos, all directed via FaceTime and edited by Kindrick himself.  How does one direct such a complicated and interactive shoot over FaceTime? Will has the answer: “I hopped on the phone and called a handful of friends and got to work. I would text them a sketch or clip of myself doing the action I needed with the exact framing, then they’d send back clips as I edited the footage in real time. I would have them resend multiple times until we got the framing just right. It was an interesting and unique process, but also really fun to see everything come together in real time!” This video cleverly embraces the conditions uniting us all.

Chaz Cardigan, known for his soulful, strong singing voice and genre-bending brand of music - a mix of folk, R&B, and modern pop - is signed to both Capitol Records and Loud Robot, making him the first artist to sign jointly to the two music hubs (Loud Robot is a new record label under film production company Bad Robot, created and run by J.J. Abrams). 'Not Ok!', an anthem to Cardigan’s own mental health and the realisation that being not OK is actually totally OK, couldn’t be more suited to the current situation many are finding themselves in today.

The video shows what can happen when people work together, and how they can overcome obstacles with technology and imagination.