Inspiration From The Best In The World 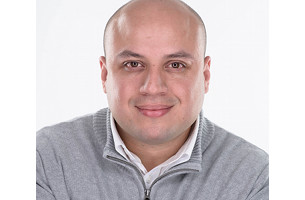 In advertising and marketing, regardless of company size, category or demographic, we all have one goal: great campaigns. Campaigns that resonate with our target audience, spark conversation and ultimately lead to conversion.

At a high level, the formula for this is relatively simple: integrate across all channels and focus on relevant and engaging content. It is the execution of this formula that often proves to be extremely difficult. The goal of this post is to provide a bit of guidance along the way, in the form of inspiration from those who’ve done it well.

Every year three separate competitions award some of the industry’s best and most effective creative campaigns:

Cannes Lions International Festival of Creativity: The premiere advertising award, which includes a film portion and in recent years has added an innovation/digital portion.

The Webby Awards: Nearly 20 years old and hailed as “the Internet’s highest honor.”

The Shorty Awards: The newest, but fastest growing kid on the block, which focuses strictly on Social Media and how brands leverage its evolution.

Here is a sampling of the 2014 winners, which I highly recommend viewing before you continue reading the remainder of this post:

Cyber Grand Prix: “24 Hours of Happy”. Check that out here.

There have been multitudes of articles written in the last year as to why these campaigns were so successful, so I won’t do the same here. But I would like to point out one common theme across all three winners: in every case the main Call to Action (CTA) is driving to the brand’s website.

In the Cannes award, the site IS the entire campaign and while everyone knows the movie that launched the song, as well as the huge amount of press it garnered, in the end it was the website that won the industry’s highest award.

The Webby award showcases a TV commercial that was an immediate hit, which would lead most people to assume that broadcast was the channel that gained the most traction. But that wasn’t the case, as the real success took place online, where the video was shared across consumers, driving them not to Facebook, YouTube or Vimeo, but to Dove’s website.

Why is it that the most progressive and innovative communications work at the moment is centered on a brand’s website, when so many other digital options exist? The answer is pretty simple: websites are the foundation for a brand’s identity/story and the place most people go to as the final step before conversion. Full disclosure – I’d like to mention here that Verisign, the company that powers many of the domains, is a client of ours.

TV, social media and even outdoor advertising spark the initial interest for consumers; the “top of the funnel.” Thanks to the proliferation of smartphones in the last decade, the majority of people now have quick and easy access to the Internet; and the natural inclination when presented with something interesting is to further investigate.

The logical question is where does this curiosity continue? TV and outdoor advertising are both automatically eliminated. A natural assumption would be social media, but the nature of social media is to be a fast and non-stop flow of information, all competing for the same three to five seconds of attention from one single consumer. This is where the tried and trusted website comes into play, especially a website on .COM which is the domain all of the above brands have chosen for their campaign, as it is the only place to drive a consumer into the “bottom of the funnel.”

If we look at the formula mentioned at the beginning of this post – “integrate across all channels and focus on relevant and engaging content” – and see how that formula was used by the best in class examples last year, we clearly see that websites are at the core of any integrated campaign and crucial for their success. Following their example, we may not all win the industry’s highest honors, but we’ll at least be a lot closer to our ultimate goal, acquisition and conversion of new clients.