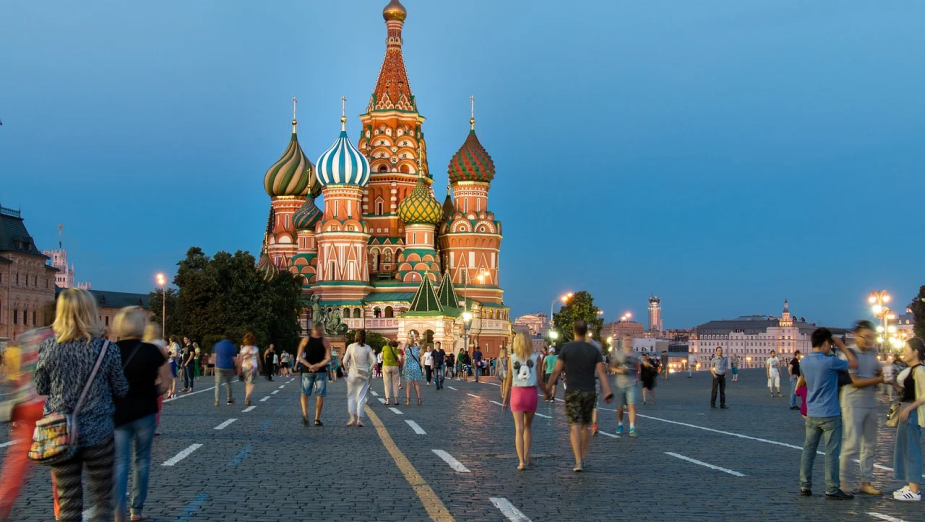 Insider Intelligence expects the ongoing war in Ukraine to have a significant impact on ad spending in Russia, as well as Central and Eastern Europe as a whole. As a result, it has significantly lowered its forecasts for ad spending in the region compared to its October 2021 forecast.

By the end of 2022, Insider Intelligence expects total media ad spending in Russia (digital and non-digital) to drop by 49.7% year –over year to $3.55 billion. This is in stark contrast to its October 2021 forecast, which predicted a 7.5% increase in ad spend to $6.89 billion. This forecast assumes Russian GDP will fall 35% quarter over quarter in Q2 and 7% for the full year, according to JP Morgan. This forecast takes into account the current currency exchange rate and the depreciation of the ruble. 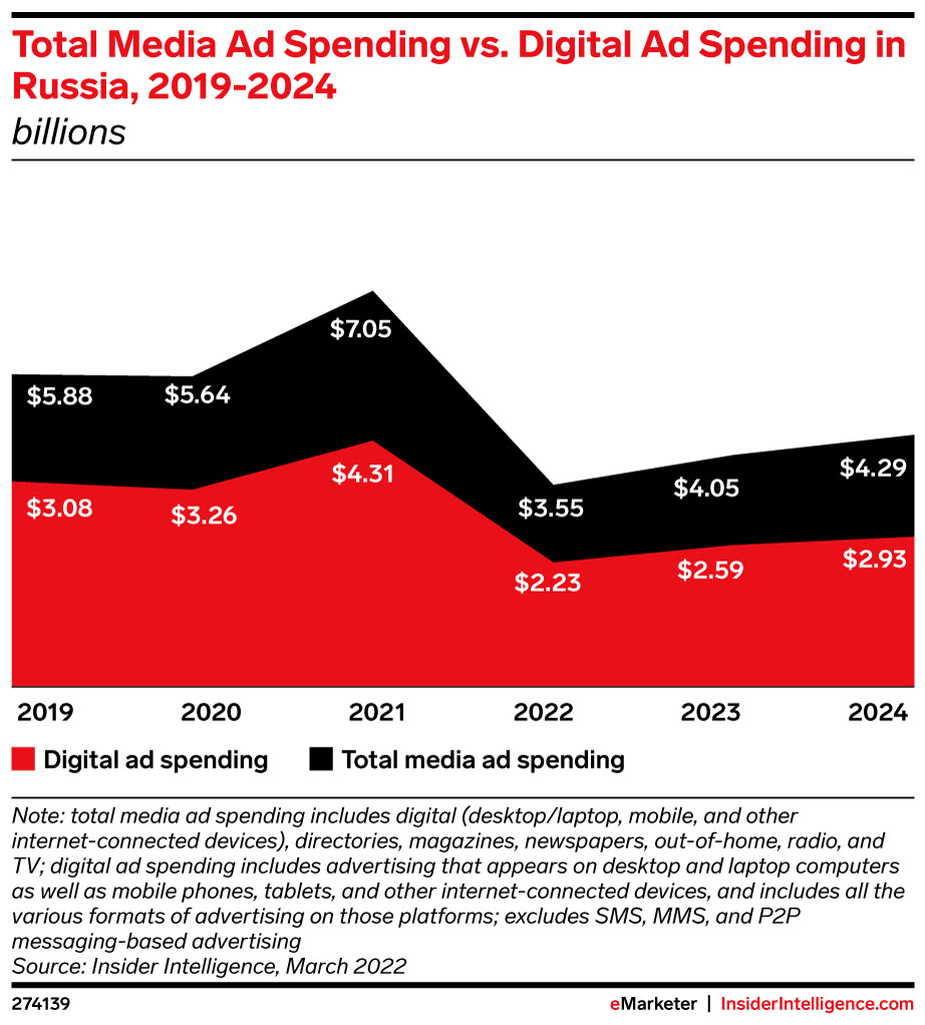 “There is much uncertainty in the Russian ad market,” says Insider Intelligence senior forecasting analyst Oscar Bruce Jr. “On top of economic sanctions imposed by the West, foreign companies have either limited or halted their operations as a sign of support for Ukraine. Given the unstable business environment, even players in the online advertising market are divided on how significant the impact would be on the industry.”

Unlike 2015 and 2020 when digital ad spend increased despite a drop in total media ad spend, Insider Intelligence  expects digital ad spend to contract this year. Its October 2021 forecast expected digital ad spending in Russia to grow 14.0% this year to $4.55 billion. However, it now expects a contraction of 48.2% to $2.23 billion.

“Both Facebook and Instagram have been blocked in Russia,” Bruce said. “Meanwhile, Google has suspended advertising in its platforms including YouTube. The loss of ad revenue from these platforms will contribute to the decline in digital ad spend this year. The pullout of foreign businesses will also contribute to the loss of digital advertising. The digital ad market in Russia, however, is not totally reliant on foreign players. Based on the list released by Sostav, a majority of the top 10 digital advertisers in Russia are local companies, many of which are in telecom and financial services.”

Russia is dragging down the entire Central and Eastern European region. Previous estimates expected total media spend in the region to grow 7.8% in 2022 to $18.13 billion. We now expect it to contract 22.8% to $13.81 billion. 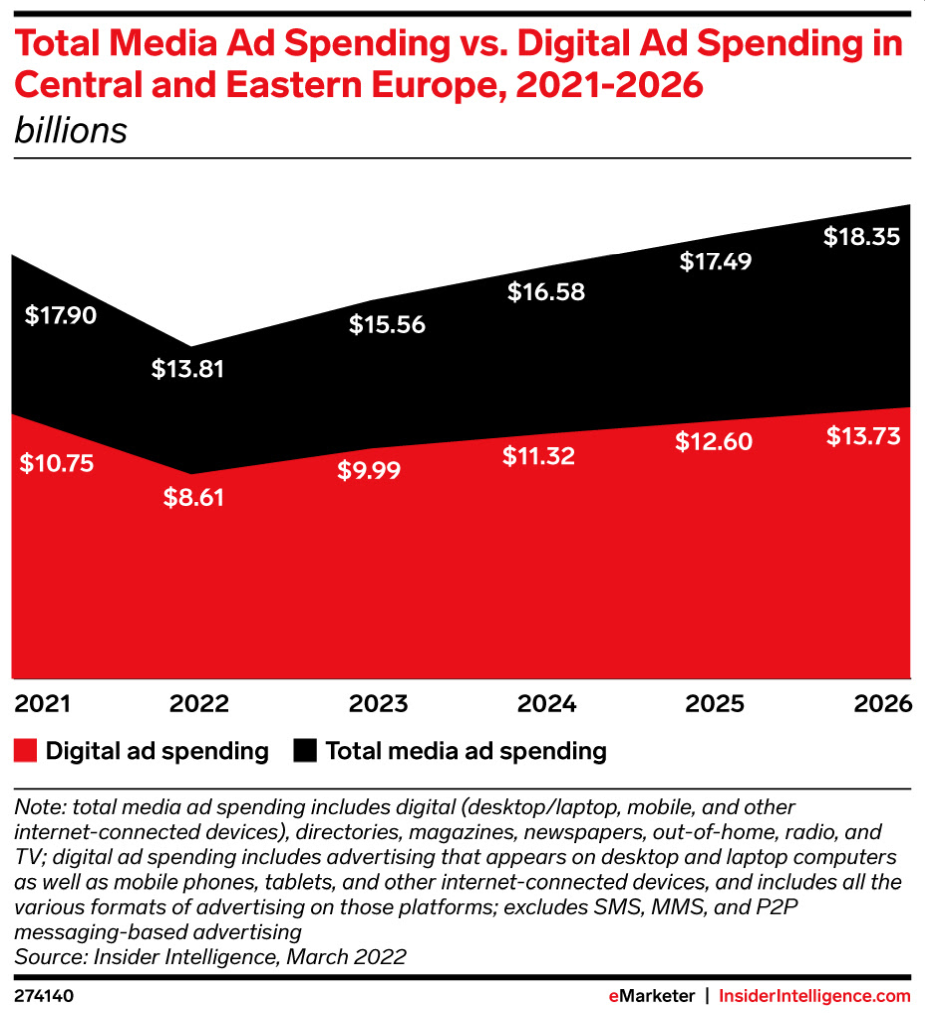 The same story goes for digital. Last October, Insider Intelligence was expecting digital ad spending in Central and Eastern Europe to grow 15.2% to $11.85 billion. It now expects it to decrease by 19.9% to $8.61 billion.

“According to the IMF, Ukraine's economy could contract up to 35% this year, which will in turn cause ad spend to plummet,” Bruce said. “While neighboring countries are not directly involved in the war, their ties to both Russia and Ukraine would likely put pressure on their economies in general and ad spending in particular.”